The Weekend Scene: Things to Do in the DC Area on Memorial Day Weekend

What to do Memorial Day weekend in D.C., Maryland and Northern Virginia, from a carnival in Ashburn to the Rolling to Remember ride

Memorial Day weekend is here, unofficially kicking off the summer. If you’re in the D.C. area, there’s plenty to do, from a beer festival to a carnival to the Rolling to Remember honoring veterans.

It’s going to be cool and rainy at times, so plan around the weather with Storm Team4’s Memorial Day weekend day-by-day forecast.

Arlington National Cemetery has reopened sites where you can pay respects during Memorial Day weekend, including the Tomb of the Unknown Soldier and President John F. Kennedy’s grave are now open. Hours are 8 a.m. to 5 p.m. daily. Masks are required indoors; expect a security screening before entering.

Rolling to Remember, a massive motorcycle rally and ride that honors veterans and advocates for their mental health will be going all weekend.

A candlelight vigil at the Vietnam Veterans Memorial is set for 9 p.m. Friday. The big ride is scheduled for Sunday at noon (note road closures and parking restrictions). On Memorial Day, there will be ceremonies at major memorials and Arlington National Cemetery. Here are the full details of the events. 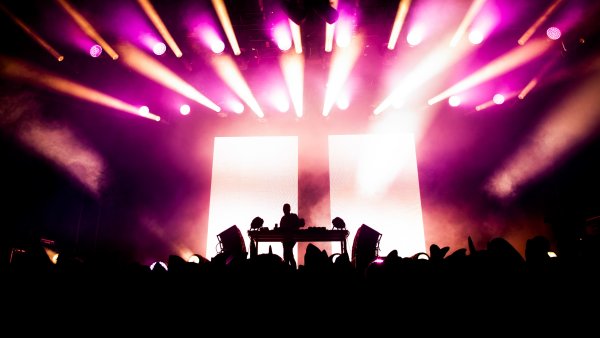 Here are more ways to observe Memorial Day in the D.C. area.

The Woodbridge Beer Festival at Stonebridge Potomac Town Center bills itself as the first beer fest in the D.C. area since 2019. The event runs from 11 a.m. to 5 p.m. Kids can come, too, for unlimited root beer. Adult tickets start at $49 and can be purchased in advance.

Can't bear to brave the Bay Bridge? Here's where to go instead when you want a dose of nature in summer.

Sports fans have plenty to look forward to. Here are the games to watch for Memorial Day weekend.

The Wizards will return to Capital One Arena for games at 7 p.m. on Saturday and Sunday. Here’s where to get tickets.

The District is now home to the first sports betting book inside a sports arena. Erika Gonzalez reports.

D.C.'s first in-person sports betting location has formally opened at Capital One Arena. The William Hill Sports Book, which features a restaurant and screens showing games, is open to both fans at games in the arena and the general public.

It’s also the final weekend to catch the One Loudoun Carnival, which brings all the rides, food and games you could handle to Ashburn, Virginia. You can get a better deal on ride tickets by buying online: It's $55 for 60 tickets, organizers say.

Live events are making a big return, including DC Improv's Standup Showcase. You must book tickets for tables of two, three four or six, starting at $28 per person. Shows are Friday and Saturday at 7 p.m. and 9:30 p.m. and Sunday at 7 p.m.

The National Memorial Day parade on Monday isn't open to the public but will be livestreamed.

Lots of museums, including the National Zoo and National Museum of American History. Here’s a full round up.

The cicadas are out in force — can you hear them? These creatures can be as loud as a lawnmower.

Try downloading a decibel meter, such as Decibel X, to see just how loud they’re getting. Or, download the Cicada Safari app to report where you see the bugs around the DMV. Tag @nbcwashington in your Instagram or Twitter pictures.

Ever wonder what a cicada tastes like? Adventurous eaters could try out one of these cicada recipes that Tommy McFly developed with a French chef, Xavier Deshayes: beef and cicada chili dogs, cicada-rubbed steak or a Caesar salad with crispy cicada croutons.

The White House is featuring a special exhibit on Asian-American and Pacific Islander heritage, and it's including native Hawaiians for the first time. News4's Eun Yang reports.

The White House is featuring a special exhibit on Asian-American and Pacific Islander heritage, and it's including native Hawaiians for the first time. This is a great way to mark Asian American Heritage month and can be enjoyed virtually.

Canceled due to rain

On Saturday, the REACH at the Kennedy Center was set to celebrate its reopening but canceled programming. Show up by 9:45 a.m. to get a spot at Sound Health yoga on the upper lawn. Or, register in advance for dance classes held through the afternoon.

The REACH nixed Asian American Pacific Islander culture with performances from Iza Flow and Les the DJ at “SAMASAMA: All Together Now!” on Saturday.

the weekend sceneThings to Do DC