How long will the 17-year cicadas stay? Here are answers to your top questions about Brood X

Hear that buzz? Billions of cicadas have crawled from underground in D.C., Maryland and Virginia to begin a weekslong period of cacophonous mating.

While some may be worried about creepy crawlies, University of Maryland entomologist Michael J. Raupp encouraged people to get excited about this exceptional event.

“This is a unique, natural phenomenon that happens nowhere else on earth besides the eastern half of the United States,” Raupp said. 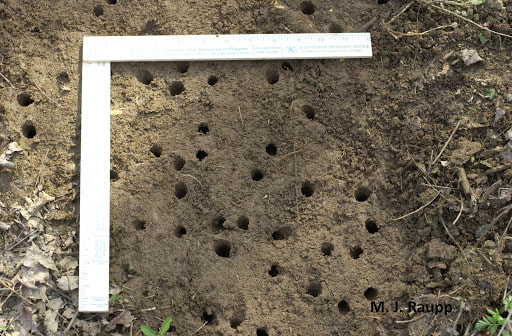 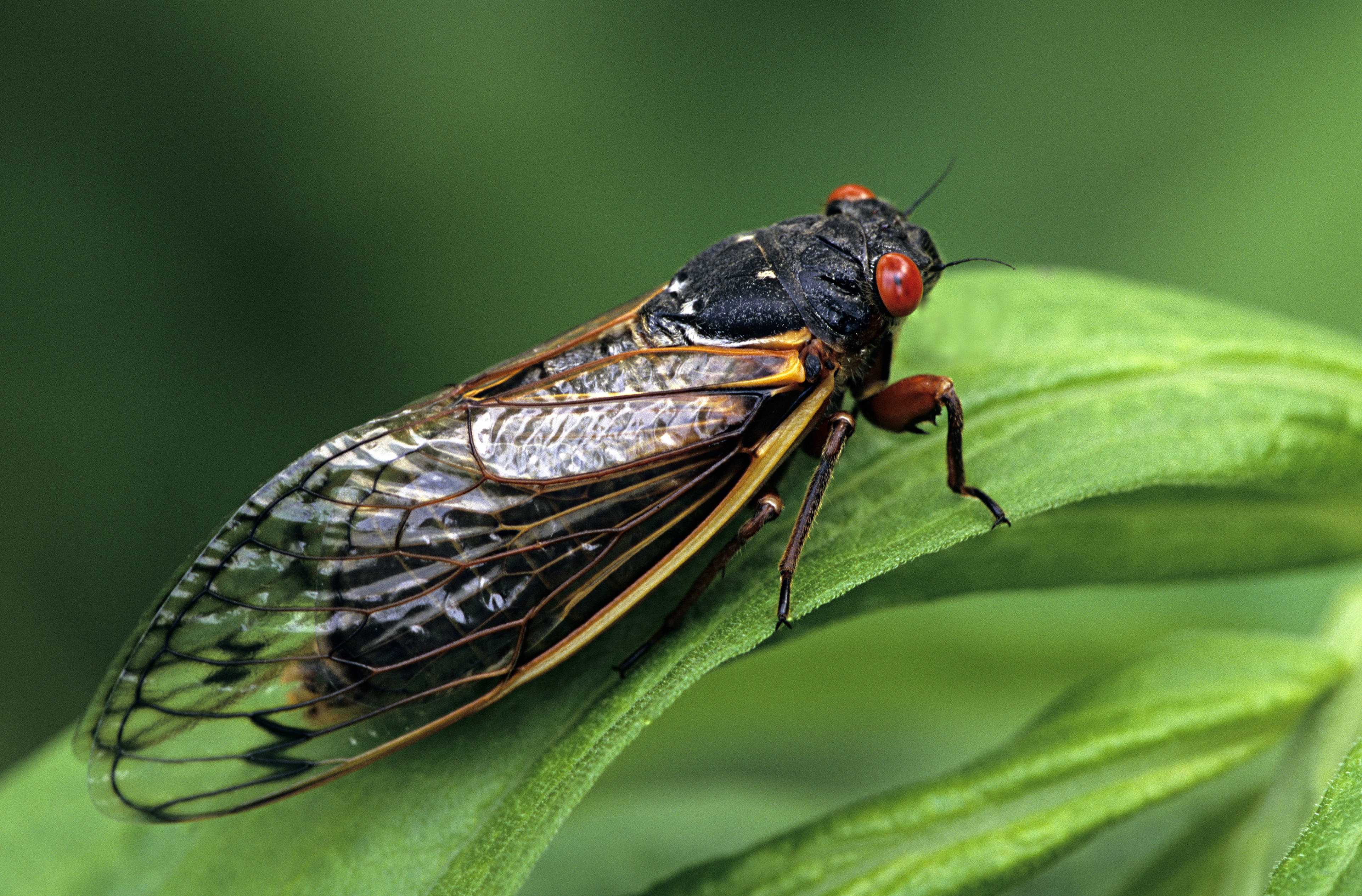 These cicadas breed and grow in 17-year cycles, so they haven’t been visible in the D.C. area since 2004 — and a lot of people are wondering what to expect.

Here are answers to the most common Brood X cicada questions.

With the end of the month drawing near and warmer weather over the past few days, we’re seeing a few “early rising” cicadas. Storm Team4 Meteorologist Amelia Draper reports.

How long will the cicadas last in D.C., Maryland and Virginia?

The rest of June is looking buggy. By the Fourth of July, this rare event should be over.

One cicada's above-ground life span lasts several weeks and Brood X may stick around for about five weeks after emerging. Once you start seeing cicadas, get ready to know your new neighbors well into June.

At first, you'll see them emerge from the ground, then molt. After they mature into adults, the males begin making loud noises to attract mates.

How many Brood X cicadas are there?

Do cicadas show up on weather radar?

All signs point to yes. Cicadas hitting their peak were likely the cause of a mass on the National Weather Service radar in early June.

Weather radar showed a green cloud over the D.C. area. It wasn't rain. It was likely to be cicadas as they hit their peak in the region. Storm Team4’s Lauryn Ricketts explains — and tells when they'll go away.

How do you pronounce "Brood X"?

There are 15 broods of cicadas found in the United States. The cicadas emerging in 2021 are Brood X, sometimes called the Great Eastern Brood.

Where are the Brood X cicadas found?

You’ll see the highest number of cicadas in parks, nature preserves and neighborhoods that underwent less construction and development in the past several decades.

Where won’t there be cicadas in D.C., Maryland and Virginia?

Cicadas aren't going to take over all of the DMV. Here's a map of where in the D.C. area you'll find Brood X:

You’re also not likely to see them in recently built-up neighborhoods such as Navy Yard.

Are Brood X cicadas dangerous or harmful to people, dogs or cats?

No. Brood X cicadas don’t bite or sting and aren’t poisonous or venomous.

If dogs or cats eat a lot of cicadas, they may get some stomach discomfort due to the hard wings and shells.

Veterinarians say you should keep an eye on pets who have a habit of over indulging.

If your pet has allergies to shellfish, however, keep those cicadas out of their mouths. Cicadas may have similar allergens to shellfish, the Food and Drug Administration has warned.

Cicadas are not great fliers and sometimes land on humans. They have hard exoskeletons and suckers, though, and could poke your hand if you hold or squeeze one.

Yes, but be cautious if you have allergies — especially to shellfish.

The FDA says not to eat cicadas if you have a shellfish allergy.

If you do decide to chow down on a cicada, you may want to avoid the crunchy, hard shells and wings.

What are cicada recipes?

News4 partnered with a French chef to come up with gourmet cicada recipes. 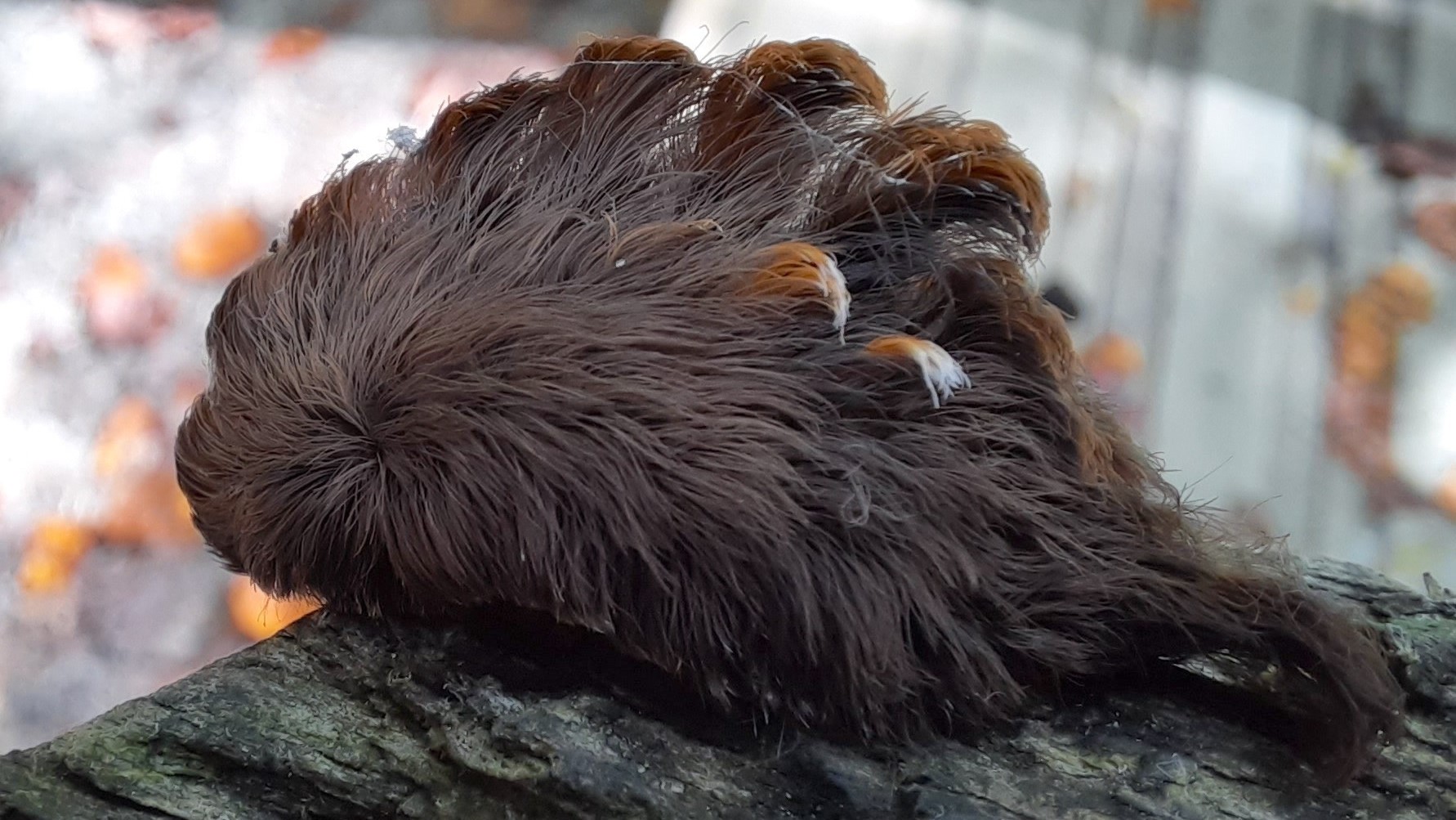 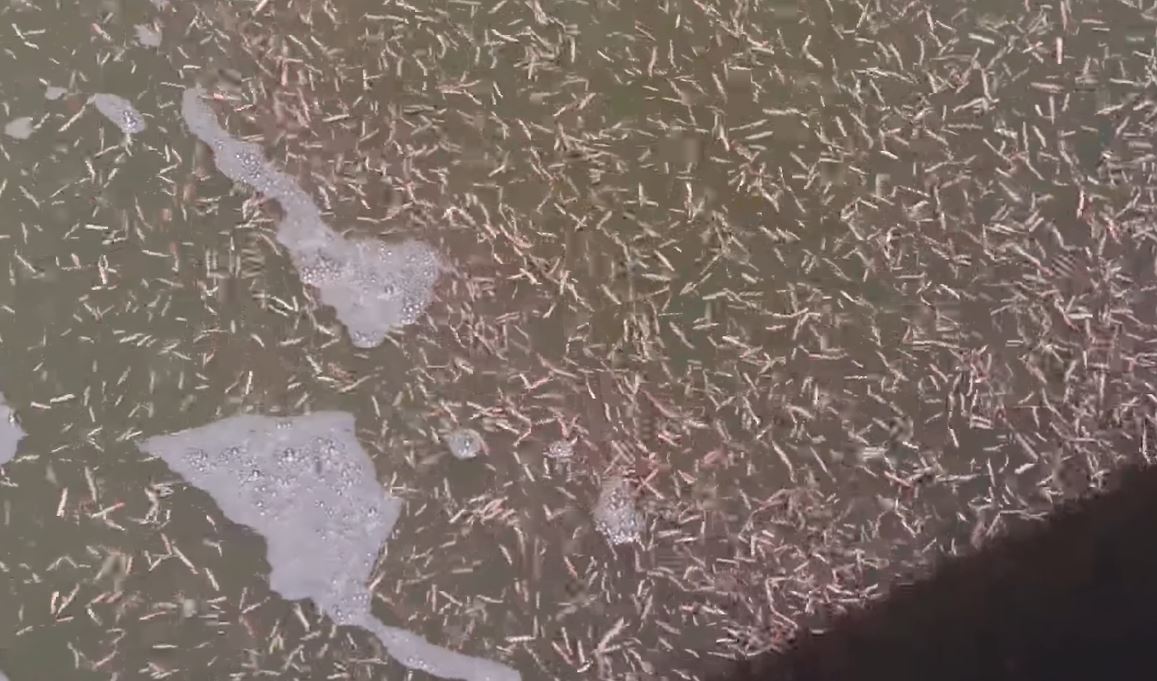 Will Brood X cicadas eat or harm my garden or trees?

Most healthy trees will be able to withstand cicadas, Raupp says. Cicadas eat the sap from trees and lay their eggs on woody branches, especially of young trees.

You can use cicada netting to protect young or recently replanted trees.

If you’re considering transplanting any trees, it’s safest to put it off until the fall planting season.

Should I use pesticides on cicadas?

Raupp advised against using pesticides, since it’s harmful to the cicadas and may not be effective.

How can I have some fun with cicada season?

Individual cicadas climb out of the ground, molt and then mature into adulthood over several days. Once adults, cicadas live three to four weeks.

The peak of cicadas singing, mating and laying eggs — and buzzing all around your neighborhood — typically happens within five weeks, according to Cicada Mania.

There are three species of Brood X cicadas. They all have six legs, red-orange wings and legs, and most have large, red eyes — except for a few rare instances of blue eyes.

Magicicada septendecim are usually the first to emerge and the largest. Their undersides are orange.

Magicicada cassini are typically smaller and emerge shortly after the septendecim species. They have black bellies.

Magicicada septendecula are also small. Their undersides are orange and black.

Loud. The chorus of mating calls can reach 100 decibels — louder than a lawnmower.

"It’s been very consistent. It’s the murmur you hear is 1.3 kilohertz which is E at the sixth position on the piano," Bob Grimes said.

They’re making a huge racket to find their mates, and different species have distinct mating calls.

When did the Brood X cicadas emerge in D.C., Maryland and Virginia?

Cicadas emerge when temperatures several inches underground reach about 64° in neighborhoods where they previously bred and lived underground for the past 17 years.

With temperatures warming in the D.C. area, crowds of insects have already emerged, climbing up trees and telephone poles to start singing a mating song.

The first signs of cicadas emerging appeared in late April in areas including College Park, Maryland, and upper Northwest D.C. More will come out in the coming weeks.

Cicada season reached full force at the end of May and beginning of June. Each area’s timeline could vary depending on the temperature and other factors in different areas, but once you start seeing cicadas in your area, their numbers could explode overnight.

By the end of June, the swarm should be over.

What are the signs of cicadas emerging?

There will be signs that cicada time has sprung — even before their legendarily loud mating songs begin.

The first indication that cicadas are emerging in your area would be dime-sized holes that go deep into the soil. Cicadas could stay in the holes for a while after digging them or climb up into trees.

After that, the signs will become harder to ignore. Expect to see a lot of empty, molted shells, even some that are left attached to vertical surfaces.

Then, you might need noise-canceling headphones to block out their songs.

You may remember the beady red eyes, the translucent wings or the constant noise: Seventeen years after Brood X cicadas headed underground, they're coming for the D.C. area again. News4's Megan McGrath talks to an expert about what to expect.

Why do the Brood X cicadas come out every 17 years?

Cicadas emerge in massive numbers every 17 years to mate. That's right: The loud chorus of buzzy screeches is a love song.

Their long lifecycles and massive numbers are likely both survival mechanisms for the species. Predators don’t rely on them for food, and their sheer numbers allow them to guarantee plenty of cicadas are born into the next generation — even if birds feast on many of the adults.