Mike Raupp, Professor Emeritus of Entomology at the University of Maryland, explains what to expect as millions or billions of Brood X cicadas emerge in the D.C. area this spring

It may be loud and annoying to you, but to a female cicada — it’s the call of love.

Brood X cicadas have been growing and developing underground in the D.C. area for the past 17 years.

And just when you thought you’d be going outside more, they’re expected to spring from the earth in May with one thing in mind: mating.

“Once those cicadas are out of the ground, it’s all about romance,” said Mike Raupp, Professor Emeritus of Entomology at the University of Maryland. 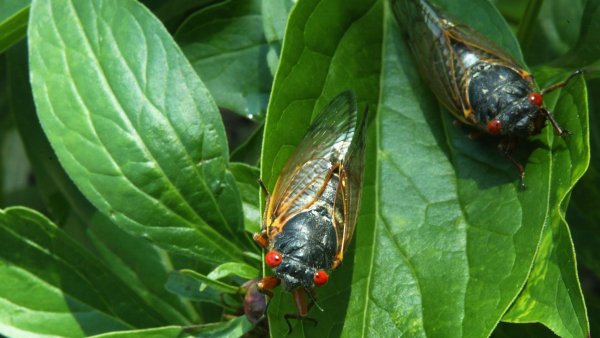 DC Region's Largest Brood of Cicadas to Emerge This Year 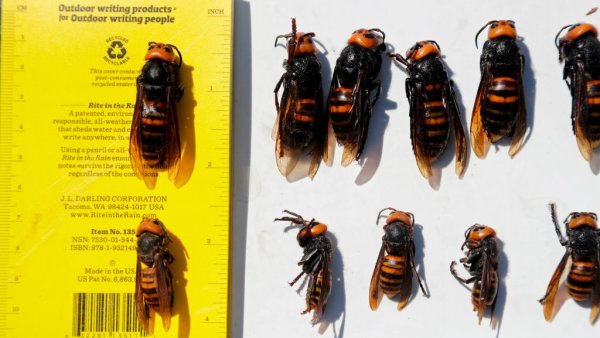 Alarmed About the ‘Murder Hornet'? DC Area Has Little to Worry About, Experts Say

Here’s how the cicadas' once-in-a-generation version of Valentine’s Day goes down, according to Raupp.

The males are going to go up into the treetops and begin to sing in chorus. It’s a raucous effort to try to woo that special someone, and try to convince her that she should be the mother of his nymphs, Raupp said.

“It’s all about romance,” he said.

Raupp isn’t exaggerating about the noise. The males reach decibels similar to a lawn mower or passing jet, and their numbers will be large.

“That’s going to be a lot of cicadas,” Raupp said.

Cicadas won’t hurt you. They don’t bite or sting, though some people find them gross.

But pets may have a different view. Chowing down on a few is OK, but they shouldn’t eat too many, Dr. Linda Murray of the Muddy Creek Animal Hospital said.

“Cicadas are delicious and exciting, and they move, and dogs and cats are going to want to eat them,” she said.

Cicadas will emerge again in D.C. later this May. Storm Team4's Amelia Draper has all the advice you need to manage their return.

But munching on a few shouldn’t be a problem.

“Thankfully they’re not toxic, so we’re not worried about any toxins, but they definitely can cause intestinal upset,” Murray said.

The greatest number of cicadas is expected in the last two weeks of May.

Their life cycle is short, at just four to six weeks.

Then, the adults die but leave behind a new generation. Those nymphs will live underground until the year 2038, when they will spring forth looking for love again.