Everything to Know About July 4th Fireworks on the National Mall

When and where you can watch the Independence Day fireworks show in Washington, D.C.

The National Mall's Fourth of July fireworks' red glare will carry extra special meaning as the country recovers from the COVID-19 pandemic, honors those lost and celebrates a holiday that feels much closer to normal.

The National Park Service is gearing up for the nation's big 245th birthday party on Sunday and A Capitol Fourth will also return for a virtual show.

Here's everything to know about the Independence Day festivities on the National Mall in Washington, D.C. (Plus, check out D.C.-area parades and all the fireworks shows in Maryland and Virginia).

When are the National Mall fireworks in D.C.?

The fireworks will be set off from both sides of the Lincoln Memorial Reflecting Pool on Sunday, July 4, 2021.

The Fourth of July display is set to begin at 9:09 p.m. and last 17 minutes, the National Park Service says. 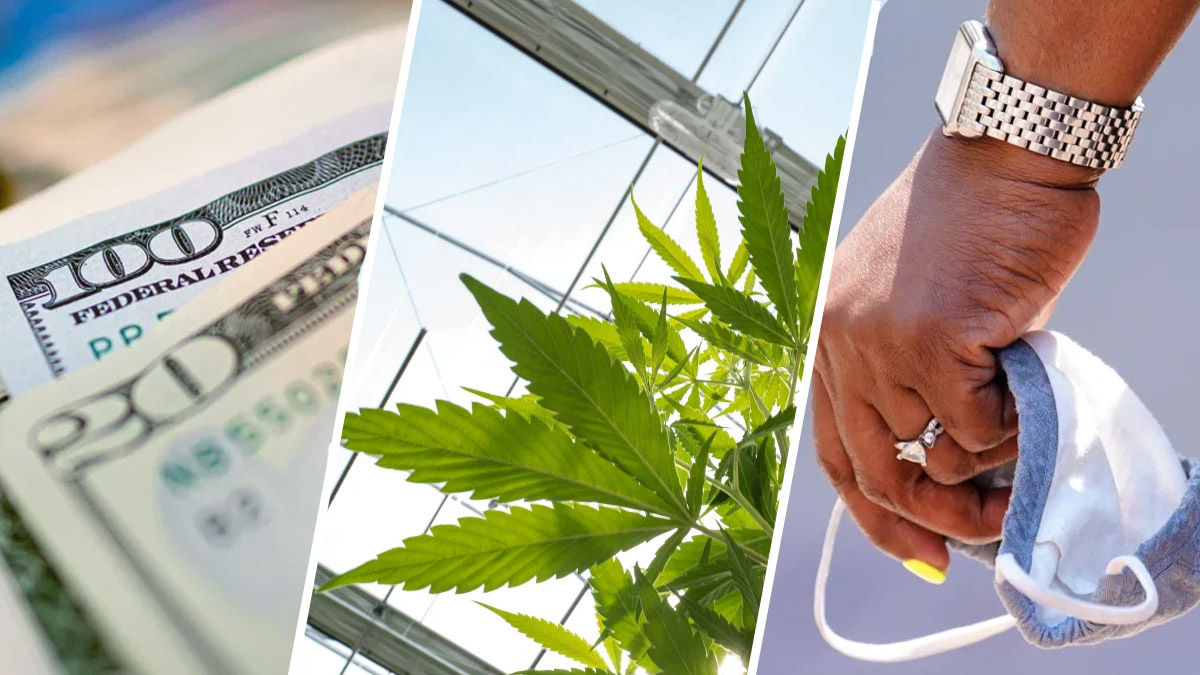 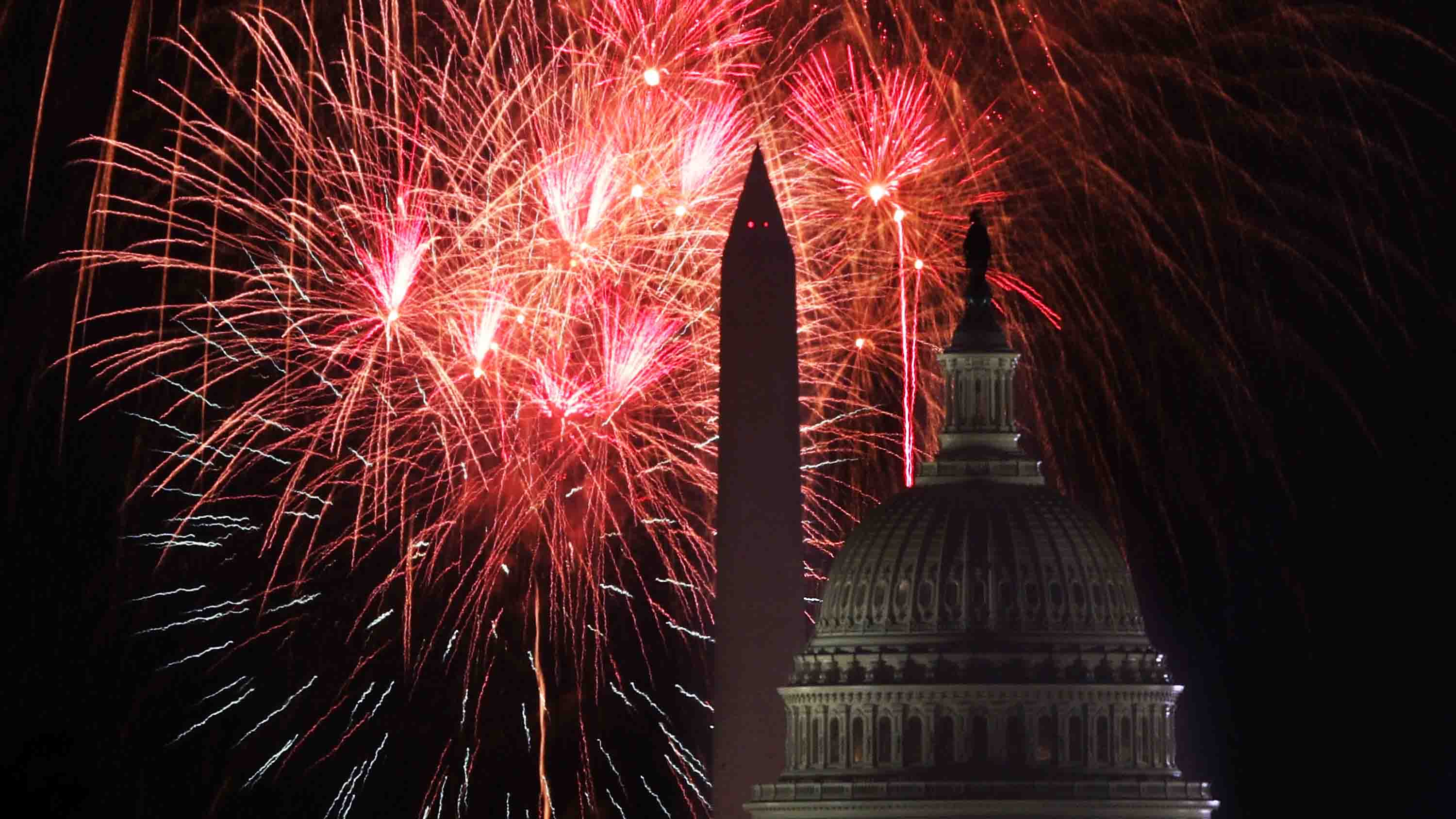 How can I see the Fourth of July fireworks on the National Mall in Washington, D.C.?

The fireworks should be visible in many areas of Washington, D.C. and Northern Virginia.

You can watch the fireworks on the National Mall by entering one of these checkpoints between 1 and 9 p.m. (Note, there will be a security screening for prohibited items):

You don't have to go downtown to enjoy the display. Some favorite neighborhood spots include the Washington National Cathedral lawn, Cardozo High School, The Yards Park, Giesboro Park and Anacostia Park. NBC Sports Washington has even more picks.

You can also watch them on the Trust for the National Mall live camera.

What about A Capitol Fourth?

A Capitol Fourth will be all virtual this year. You can watch on PBS' YouTube page.

There won't be a show on the U.S. Capitol grounds: Access remains limited.

How do I get to the National Mall fireworks show?

Due to road closures and limited parking, public transport is your best option.

On Sunday, July 4, Metrorail service will operate from 8 a.m. to 11 p.m. During the day, trains will run on a regular weekend schedule, every 12 minutes on the Red Line and every 15 minutes on all other lines, until 4 p.m. Then, service will ramp up to rush-hour service levels or better before and after the fireworks, Metro said.

All stations will be open; however, after 9 p.m. the National Mall entrance at Smithsonian Station will become “entry only” to accommodate returning crowds.

The Smithsonian Station is closest, however, that station can become seriously overcrowded before and after the fireworks.

After the show, you may get on a train faster by using a station that's a little farther away.

What's the Fourth of July forecast?

While there will be rain chances during the Independence Day weekend and on the Fourth of July, Sunday is set to be the nicest day of the weekend and have clear skies in time for fireworks.

Here's the full forecast. For your daily forecast and severe weather alerts, download the NBC Washington app for Apple or Android.

What safety and security measures are in place?

D.C. police chief Robert Contee said that the department is "prepared" with "a full deployment of officers" to protect the city and respond to any situation.

Contee says there is no credible threat to the events.

Text JULY4DC to 888777 to get signed up for United States Park Police emergency notification text alerts.

Are masks required at the National Mall?

Anyone who is not fully vaccinated against COVID-19 is asked to wear a mask. If you're vaccinated, it's ok to skip a mask.

Everyone should wear a mask on public transportation under federal and D.C. regulations.

What roads and monuments will be closed around the National Mall?

The Washington Monument, Franklin Delano Roosevelt Memorial, World War II Memorial will be closed on the Fourth of July.

The Martin Luther King, Jr. Memorial will close at 4 p.m. since it's near where the fireworks will be set off.

There will be no paddle boats on the Tidal Basin, water taxi service, Circulator service or Big Bus tours to the Mall.

Since there are fewer events and no parade due to COVID-19, you may notice the security area is smaller than in previous years.

Is Washington D.C. open on the Fourth of July?

Mayor Muriel Bowser said D.C. is open and ready for visitors to return. All capacity restrictions on businesses have been lifted.