A powerful boom that startled many people in Northern Virginia was thunder, but why was it so loud? Storm Team4 explains.

A loud boom rattled Northern Virginia Tuesday morning, startling people from Alexandria to Centreville to Reston and beyond and setting social media alight with questions.

A thunderstorm made "quite the kaboom" as it passed near Dulles International Airport around the time people reported the sound, Storm Team4 Meteorologist Chuck Bell said.

"Honestly, probably felt like a bomb going off next to our window," Reston resident Taylor Beauprez told News4.

"It was the loudest crack I ever heard," Fairfax County resident Brennan McEowen said. "The whole place just lit up."

Dicarlo told News4 his home security camera heard it resounding through the suburbs.

"Fifteen minutes later, our neighborhood Facebook page was blowing up with people asking 'What was that?'" he said.

Storm Team4 Meteorologist Amelia Draper explained that a temperature inversion amplified the sound of the thunder.

As a reaction to the boom reverberated on social media, many questioned whether the noise was too powerful to be thunder. 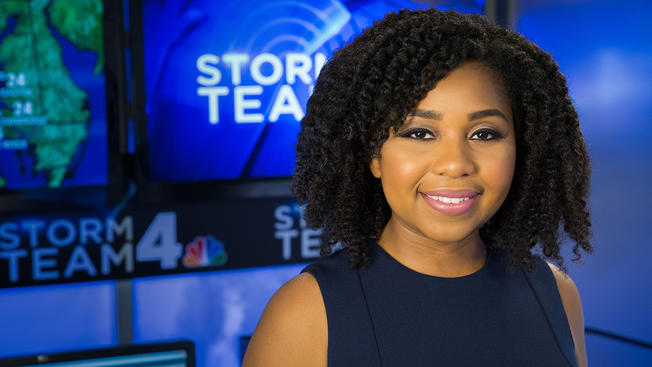 Fairfax County Fire and Rescue said the bang could have been related to a lightning strike in the Herndon area, a couple of miles from Dulles airport.

Lightning hit a building in the 13000 block of Woodland Park Road about 11 a.m., Fairfax County Fire and Rescue said.

One woman said her ears hurt from the boom.

Many people said on social media that the boom shook their homes.

"I am in Reston and I can assure you that it was [a] startling loud boom and it rattled the windows," Mellanie Cromwell wrote on Twitter.

Tuesday was a stormy and rainy day in the D.C. area.

It's not the first mysterious boom to disrupt the region recently. Hundreds of people in the northern Shenandoah Valley reported hearing a loud explosion or a "sonic boom" earlier this month.