The person who set the snare trap could face charges.

Leyla Curling was one of the first people to spot the zebras on the loose in Upper Marlboro. She saw them walking along the train tracks out her home's back window.

"It was exciting at first," Leyla's father said. "Kind of like bigfoot."

Despite efforts to try and locate and corral the three zebras, the animals remained on the run and became an Internet sensation. But then, the fun story took a sad turn when someone found one of the zebras dead—caught in a snare trap.

"No animal deserves to die like that," Leyla's father said.

The Maryland Department of Natural Resources Police responded to a report of a dead animal Sept. 16 and found the zebra. The zebra’s body was found on private property on Duley Station Road in Upper Marlboro— not far from the initial sighting.

Officials said they don't know who set the trap or why. They also don’t know if it was set to catch the loose zebras.

Snare traps are illegal in Maryland, the Maryland Department of Natural Resources Police said. An investigation is underway to learn who set the trap. That person could face charges.

The Prince George's County Department of Environment said only three zebras were ever missing. Two zebras now remain on the loose.

Animal control officials are continuing their efforts to trap those still on the run. 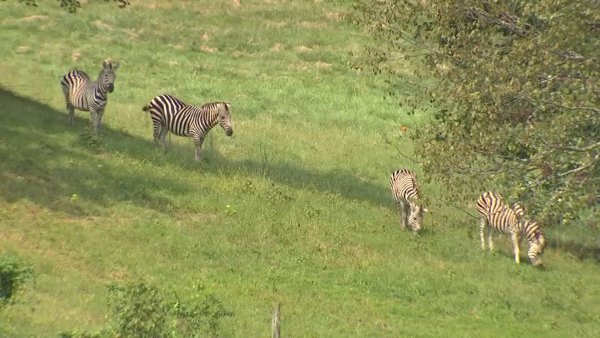 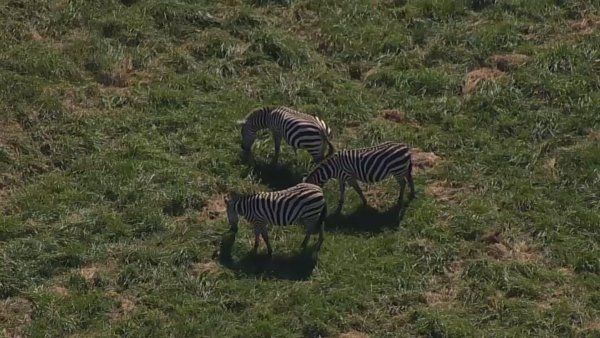 The zebras got away from a private farm near Upper Marlboro. They have been on the run since September.

Animal control has been trying to catch them by setting up a feeding station and a 8-foot-tall corral.

News4’s Pat Collins goes on the search for the missing zebras still on the loose in Maryland. Here’s how animal control is trying to catch them.

The zebras are owned by Jerry Holly, a wealthy breeder and trader of exotic animals, who has a history of keeping unusual pets. Holly has 39 zebras.

Many residents didn't know the farm existed. Neighbors would like to know more about the farm.