The Colonial Pipeline resumed operations Wednesday, but it could take a few days for gas deliveries to catch up. Here are answers to your questions about a tight fuel supply on the East Coast

A cyberattack temporarily shut down a pipeline that delivers a significant portion of fuel to the East Coast over the weekend. Although the pipeline has resumed operations, some drivers in the D.C. area are seeing long lines at the pump.

More than 1,000 gas stations in the Southeast reported running out of fuel Tuesday, May 11, but analysts say that’s primarily due to unwarranted panic buying, the Associated Press said. But after the pipeline restored service, the proportion of stations out of gas has been falling. 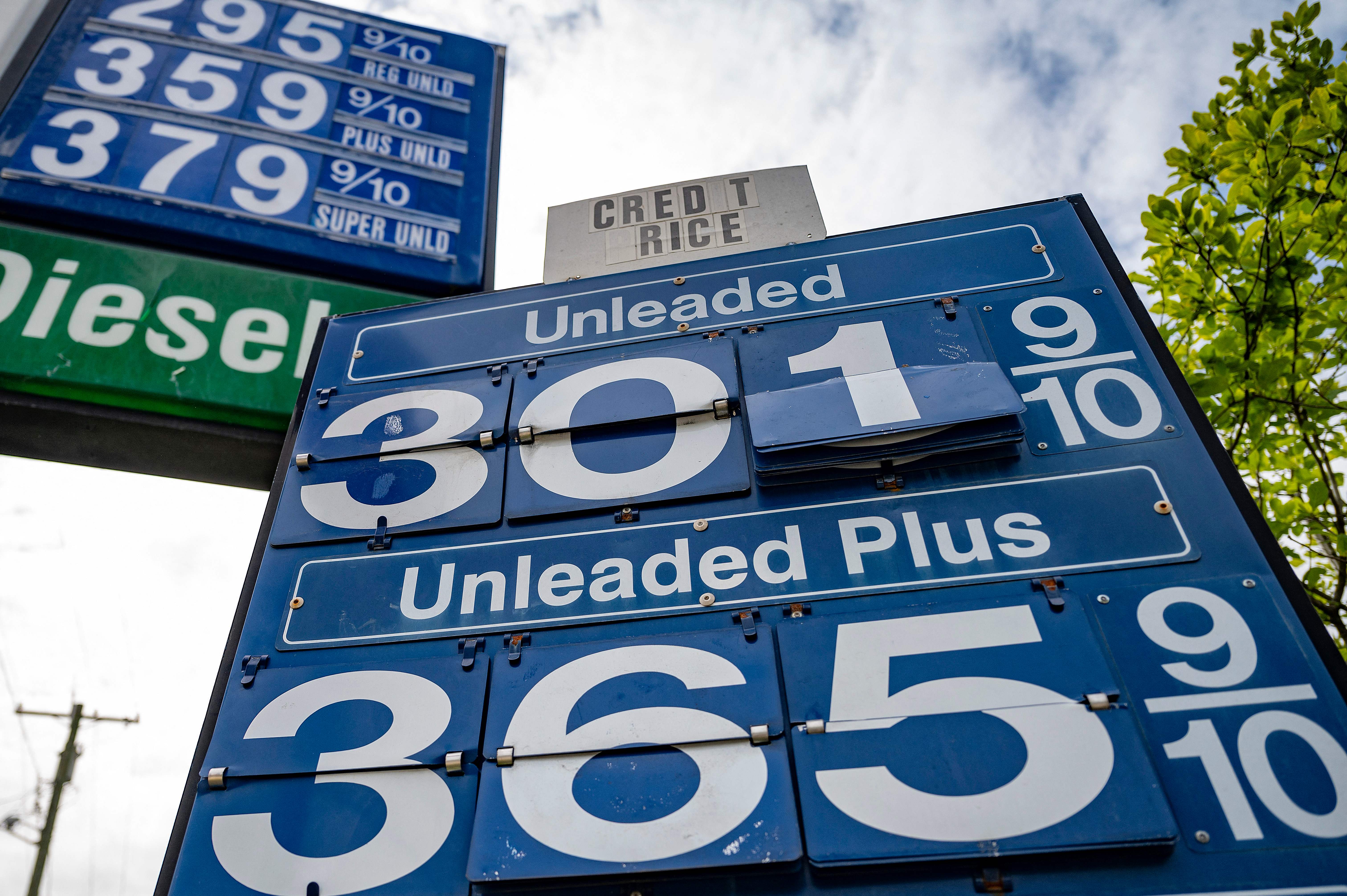 National Average for Gasoline Tops $3 a Gallon Amid Pipeline Shutdown, Rush to Buy in Southeast 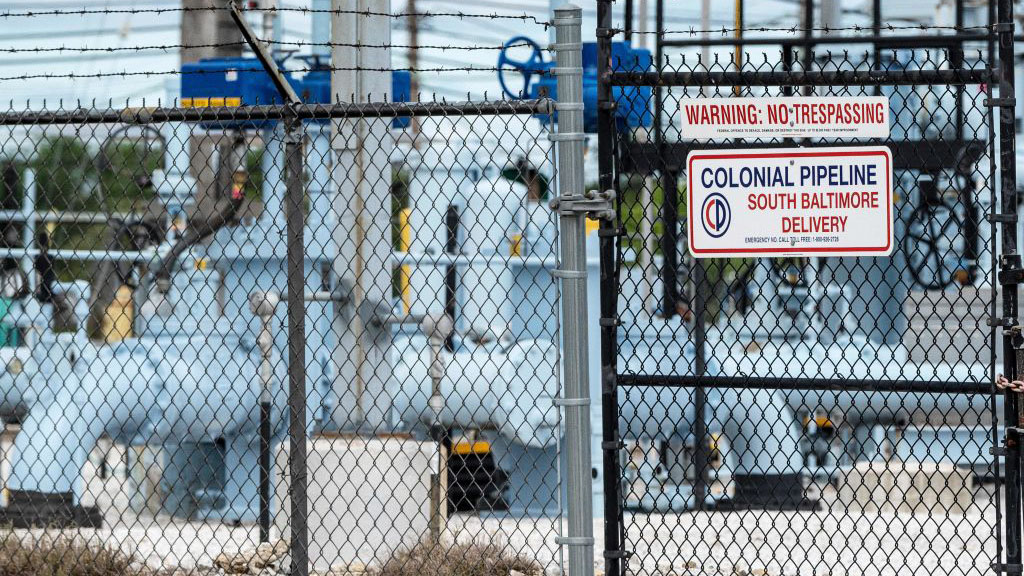 Colonial Pipeline restarted operations Wednesday afternoon, but the company said it would take a few days for things to return to normal. Gasoline deliveries are underway to all markets as of Thursday, the company said.

"Colonial Pipeline reports this morning that the restart of the pipeline went well overnight. This should mean things will return to normal by the end of the weekend," Energy Secretary Jennifer Granholm said.

Some gas stations are still out of fuel after a major pipeline resumed operations. Here's what to know.

You may see long lines, low supply and higher prices at your local gas station. However, federal and local authorities are taking steps to ensure that some fuel is getting delivered by other means.

Here’s what to know in D.C., Maryland and Virginia:

Are there fuel shortages in D.C., Maryland and Virginia?

Gas has been available in the U.S., but the pipeline shutdown meant a scramble to move fuel via trucks, trains or even barges, News4 Transportation Reporter Adam Tuss said.

Some gas stations are running out of fuel or have limited options, according to fuel tracking website GasBuddy. But that number has been falling the week of May 17.

Long lines have been reported at gas stations in the D.C. area.

This was the scene at a Liberty station in Alexandria, Virginia, on May 11:

D.C. reported more persistent shortages one week after the pipeline resumed some operations. Between Friday and Tuesday, fewer shortages were reported in Maryland and Virginia : Gas stations without fuel fell from 42.3% in Maryland and 52.8%

The pipeline outage contributed to supply chain issues, but consumers flocking to fill up their tanks — and backup canisters — is the big reason that stations are running out of gas.

One analyst, Tom Kloza, dubbed the phenomenon #FOMOG: fear of missing out on gas.

Where do I find gas in D.C., Maryland and Virginia?

If your car is running near empty, you can use GasBuddy’s tracker to look for a station in your area that has fuel.

When will gas supplies return to normal?

It won't be long before the situation starts to improve, but it could be a couple of weeks before every gas station is fully stocked at any time of day.

We reached out to Gas Buddy, which has been closely following this situation. They tell us, “It may be a week or two before motorists are able to fill up with gasoline without having to go to more than one station or look for stations that have gasoline. By Memorial Day there should be enough recovery to have a relatively painless holiday weekend, but another week for the problem to be completely rectified."

Should I change my Memorial Day weekend plans?

No, gas supplies are flowing nationwide. While it may take some time for every gas station to catch up, by Memorial Day the supply chain will likely be mostly recovered.

What are Maryland and Virginia doing about potential gas shortages?

Virginia declared a state of emergency in response to the cyberattack that stopped the pipeline that is the primary source for many of the state's gas stations.

Stephen Brich, the Virginia Department of Transportation highways commissioner, said the agency is limiting nonessential travel and asking its employees to continue working remotely as a conservation strategy. The decision impacts about 4,000 workers, NBC Washington reported.

“It is important for Marylanders to know that the supply chain is still working — albeit more slowly than usual — and there is no need for panic buying,” Hogan said.

Slater issued emergency waivers of weight restrictions and hours-of-service requirements for Maryland motor carriers to relieve supply pressures and address transit issues as supplies are brought in from out of state.

How long will the Colonial Pipeline shutdown last?

But it could take some time for everything to return to normal.

"Following this restart it will take several days for the product delivery supply chain to return to normal," Colonial said in a statement.

"Some markets served by Colonial Pipeline may experience, or continue to experience, intermittent service interruptions during the start-up period. Colonial will move as much gasoline, diesel, and jet fuel as is safely possible and will continue to do so until markets return to normal," the company added.

Are gas prices going up in the D.C. area?

The national average gas price rose to about $3 as of Wednesday, May 12, AAA reported.

Here’s how much the price for a regular gallon of has changed in the first week of the shutdown, from the previous week, according to AAA:

Will gas prices continue to go up?

“This shutdown will have implications on both gasoline supply and prices, but the impact will vary regionally. Areas including Mississippi, Tennessee and the east coast from Georgia into Delaware are most likely to experience limited fuel availability and price increases, as early as this week,” Jeanette McGee, AAA spokesperson, said in a statement.

Price increases of three to seven cents are possible this week, McGee said. That would push gas prices up to the highest level since 2014.

Where is the impact of the Colonial Pipeline shutdown?

The pipeline runs from Texas to New York and delivers about 45% of fuel to the East Coast, AAA says.

Is fuel still being delivered?

Yes. As of Wednesday, Colonial Pipeline has resumed operations.

Foreign gasoline imports and other pipelines can supplement the supply to the Northeast, AAA says.

The Biden administration also granted a Jones Act waiver that will allow more maritime shipping of gas and jet fuel.

The U.S. Department of Transportation also lifted hours of service exemptions, meaning truck drivers can work longer hours to get fuel where it needs to go.

The White House said Wednesday that the Department of Transportation is now allowing Alabama, Georgia, Kentucky, Louisiana, Maryland, Mississippi, New Jersey, North Carolina, Tennessee and Virginia to use interstate highways to transport overweight loads of gasoline and other fuels under existing disaster declarations.

Should I buy gas now?

If you need gas, sure. But officials have asked people not to buy more than needed because it can create more supply problems.

“Much as there was no cause for, say, hoarding toilet paper at the beginning of the pandemic, there should be no cause for hoarding gasoline, especially in light of the fact that the pipeline should be substantially operational by the end of this week and over the weekend,” Sec. Granholm said.

How can I store gas safely?

Your tank should hold enough gas to get you through until supply returns to normal, News4 Transportation Reporter Adam Tuss says.

If you really need the extra gas — say, because you run a fuel-intensive business — here are tips from the Consumer Product Safety Commission:

What if I see price gouging?

Contact the Attorney General for your area. Here’s information for Washington, D.C.; Maryland and Virginia.

What happened to the Colonial Pipeline?

Are you seeing shortages, higher prices or long lines at your neighborhood gas stations? Tag NBC Washington on Twitter or Instagram or email tips@nbcwashington.com.