Colonial Pipeline paid the hackers who shut down some of its networks nearly $5 million in ransom, according to a U.S. official familiar with the matter.

About 70% of North Carolina's gas stations were still without fuel amid panic-buying and about half the stations in Virginia, South Carolina and Georgia were tapped out, GasBuddy.com reported. Washington, D.C., was among the hardest-hit locations, with 73% of stations out, the site's tracking service showed.

A cyberattack by hackers who lock up computer systems and demand a ransom to release them hit the pipeline on Friday. The hackers did not take control of the pipeline's operations, but Colonial shut it down to contain the damage.

After restarting operations Wednesday, Georgia-based Colonial Pipeline said in a Thursday update that gasoline deliveries were underway in all of its markets. It will take “several days” for things to return to normal, and some areas may experience “intermittent service interruptions during this start-up period,” the company said.

NBC News reports Colonial Pipeline paid the hackers $5 million in ransom, according to a U.S. official familiar with the matter. The FBI has historically discouraged, but not prohibited, American ransomware victims from paying hackers, as a payment isn’t guaranteed to work and can encourage criminals to continue attacking others. The hackers, Russian speakers known as DarkSide, are one of dozens of ransomware gangs.

President Joe Biden said Thursday that U.S. officials do not believe the Russian government was involved in the hack of the Colonial Pipeline, which stretches from Texas to New Jersey. But he added, “We do have strong reason to believe that the criminals who did the attack are living in Russia. That’s where it came from.”

The U.S. was in direct communication with Moscow about the need to take action against ransom networks, Biden said. The FBI has said the ransomware belonged to a criminal syndicate known as DarkSide.

Worried about gas prices? Here are tips on how to improve your gas mileage while on the road.

The Northeast has seen fewer shortages since those states get more of their gas supplies from ocean tankers and other sources. The Colonial Pipeline delivers about 45% of the gasoline consumed on the East Coast, but there were no gasoline shortages, according to government officials and energy analysts, just delays in delivering the fuel from Gulf Coast refineries.

“We are not out of the woods yet, but the trees are thinning out,” Richard Joswick, global head of oil analytics at S&P Global Platts, said.

Gas stations should be back to normal next week, though, if the pipeline restart goes as planned and consumers are convinced that they no longer need to panic-buy fuel, Joswick said. He estimated that full recovery for the East and Gulf coasts would take at least a couple of weeks.

In Virginia, however, the pipeline shutdown still produced palpable effects Thursday. Stephen Brich, the Virginia Department of Transportation highways commissioner, said the agency is limiting nonessential travel and asking its employees to continue working remotely as a conservation strategy. The decision impacts about 4,000 workers.

Workers are still responding to emergency issues such as potholes, malfunctioning traffic signals and bridge issues. There are sufficient supplies of unleaded and diesel fuel to maintain services for several more weeks, Brich said. 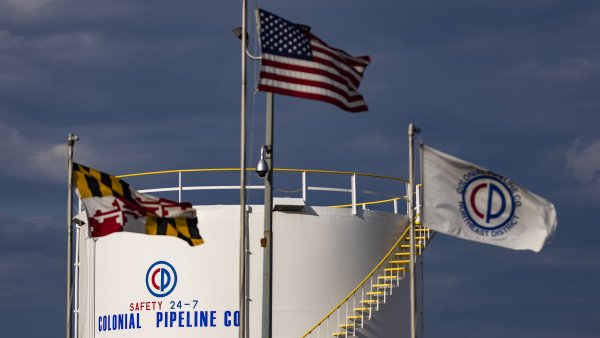 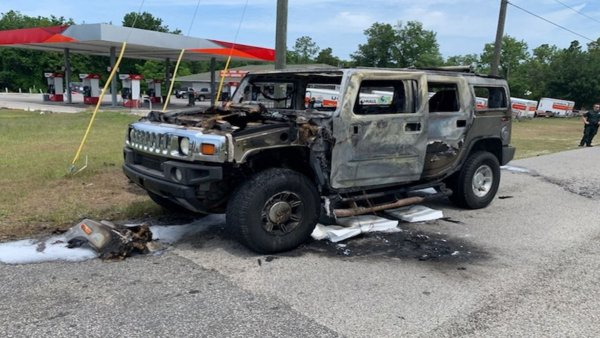 Hummer Filled With Gas Cans Bursts Into Flames in Florida

The run on gas also prompted an urgent warning in the state that people should never siphon gasoline off by mouth with hoses, an advisory that followed calls in recent days about people who were poisoned. One man sucked gasoline into his lungs, causing significant distress, Dr. Chris Holstege, the medical director of the Blue Ridge Poison center at UVA Health, said.

The governors of both Virginia and North Carolina declared states of emergency to help ensure access to gasoline. Other governors urged people not to hoard supplies.

“There is available fuel supply in and around our state, and it will take time for tankers to move that supply to the stations that are experiencing shortages,” North Carolina Gov. Roy Cooper said. He reiterated calls for residents not to make any unnecessary trips to the pump, and at least five school systems in the state announced they would temporarily shift to remote learning due to the scarce fuel.

The search for working gas pumps has frayed the nerves of some drivers. Two people were charged with assault after spitting in each other's faces over spots in a line at a Marathon station in Knightdale, North Carolina, on Tuesday afternoon, authorities said.

The shutdown even affected hikers long the Appalachian Trail, which stretches from Georgia to Maine. They depend on cars and vans to access the trail and get supplies.

“Everybody’s out here buying from the same gas pumps, so the lines are long, some are out — you’ve really got to look for it,” said Ron Brown, who operates Ron’s Appalachian Trail Shuttles.

In Georgia, racetracks and other entertainment venues rely on many fans who drive from surrounding states such as Alabama, Florida and Tennessee, and the concern is that higher gas prices – or shortages – might keep fans at home.

“Fuel prices do affect the amount of people who come, especially long distances,” said Sydney Marshall, general manager of the South Georgia Motorsports Park in Adel, Georgia, and the Orlando Speed World Dragway in Florida. “It’s definitely a concern of mine because if there’s a gas shortage, people aren’t going to be able to get here.”