Video obtained exclusively by News4 shows the frantic minutes before and after D.C. police fatally shot a man in a Southwest apartment building.

Police responding to a domestic disturbance call at the building spoke to a woman who asked them to remove 36-year-old Terrance Parker from the apartment.

Video shows Parker pulling out a gun as police tried to talk with him. 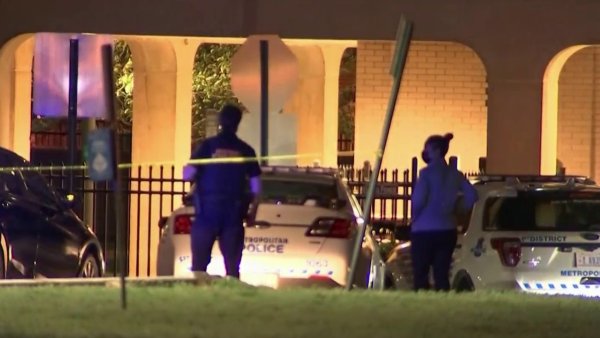 He then pointed it toward an officer and the woman, police said. Then an officer shot Parker.

The officers retreated from the apartment and tried to call for backup, but one officer can be heard on the video saying he was having trouble with his radio.

One officer is heard yelling at Pparker after he’d been shot.

“Sir, you stay still,” the officer said. “Do not move for anything.”

One of the officers then tried to call 911 using his cellphone but still appeared to have trouble.

About two minutes after the shooting, police reentered the apartment to provide first aid.

“Once the officers felt that things were safe to do so, they began to administer first aid,” acting Police Chief Robert Contee said.

‘They were talking,” Contee said. “There was some — I don’t know, I don’t want to necessarily say it was conversation —but there was some talking that was happening amongst the officers, and they were giving some directives to the individual before they retrieved the gun off the bed.”

Minutes after that, more officers arrived. Then the woman who answered the door told police to remove the man returned and pleaded with police to let her back in.

“Hold on, this is my house,” she is heard saying. “It wasn’t supposed to happen like this. Please, let me get in my house.”

Parker died at a hospital.

Contee said the gun was loaded and was working

The body camera video does not clearly show Parker pointing the gun at police.

Contee said while Parker did not point the gun at the officer who fired the shots, a second officer’s body camera video does show the gun pointed at the other officer and the woman.

He said that video should be released late Monday or Tuesday.