Some consider them inspirational reminders of obstacles already overcame. Others sound more reminiscent of old war stories. And while the stories change, each comes with unforgettably vivid detail and heartfelt emotion about a challenging two-year battle to pursue their dreams.

None of it was easy.

“I’m glad my family was staying safe and all," Metchie said in March. “Not seeing my mom for two years was tough. I knew, eventually, I’d see her again. Of course, technology nowadays helps. It's not the same as seeing them in person or being around them in person, but it definitely helps."

This draft class arrived on campus with the exuberant expectation of a traditional college experience and instead wound up using video calls to socialize, isolation to continue playing and pure grit to cope with constantly evolving rules, regulations and restrictions.

With the 2022 NFL Draft set to take place April 28-30, here is some insight into how the NFL Draft works.

It lost the 2020 spring football schedule as players planned individual workouts with whatever they could find nearby. Even when they did return to campus, uncertainty remained.

Some Big Ten schools actually started practicing in pads before university presidents pulled everyone off the field and announced no games would be played. When the SEC and other leagues did not follow the Big Ten's lead, Ohio State quarterback Justin Fields and his Buckeyes teammates petitioned conference officials to reinstate the season.

The effort worked — sort of.

“It’s crazy,” Ohio State tackle Nick Petit-Frere said. “The season got canceled, came back, games got canceled. We played one of the most crazy seasons you could ever imagine in the history of college football and somehow, the Ohio State Buckeyes were in the (national) championship game. ... This has been a once-in-a-lifetime two or three years."

But in some cases, the physical and mental toll came with a cost.

Strong faced a monumental obstacle when the Football Championship Division decided to play a spring and fall season in 2021. He helped the Jackrabbits make playoff runs both times, logging 371 carries and 2,393 yards from mid-February to mid-December. Still, he ran a 4.37-second 40-yard dash, tying Isaih Pacheco of Rutgers for the best time among running backs at the NFL's annual scouting combine.

While Kinnard took the usual measures of extra hand washing and social distancing to help keep his mother healthy, the 6-foot-5, 322-pound offensive lineman like many people was unhappy being “cooped up” as he ran hills to stay in shape. 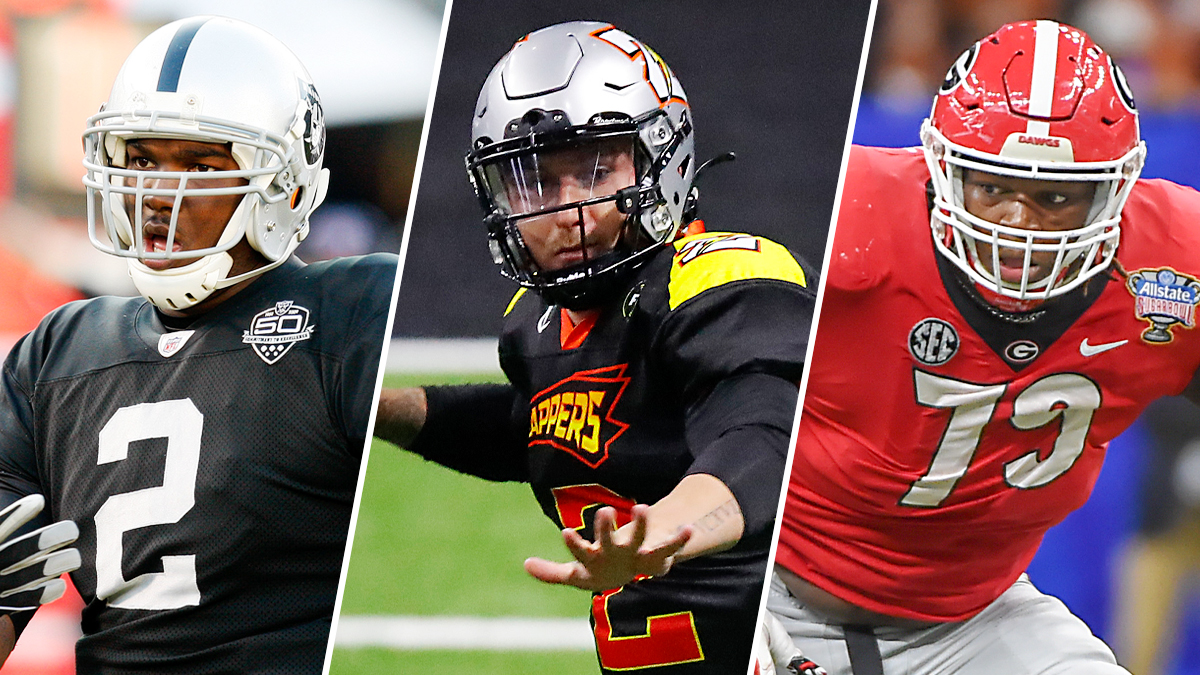 Here Are the Worst NFL Draft Picks of All Time 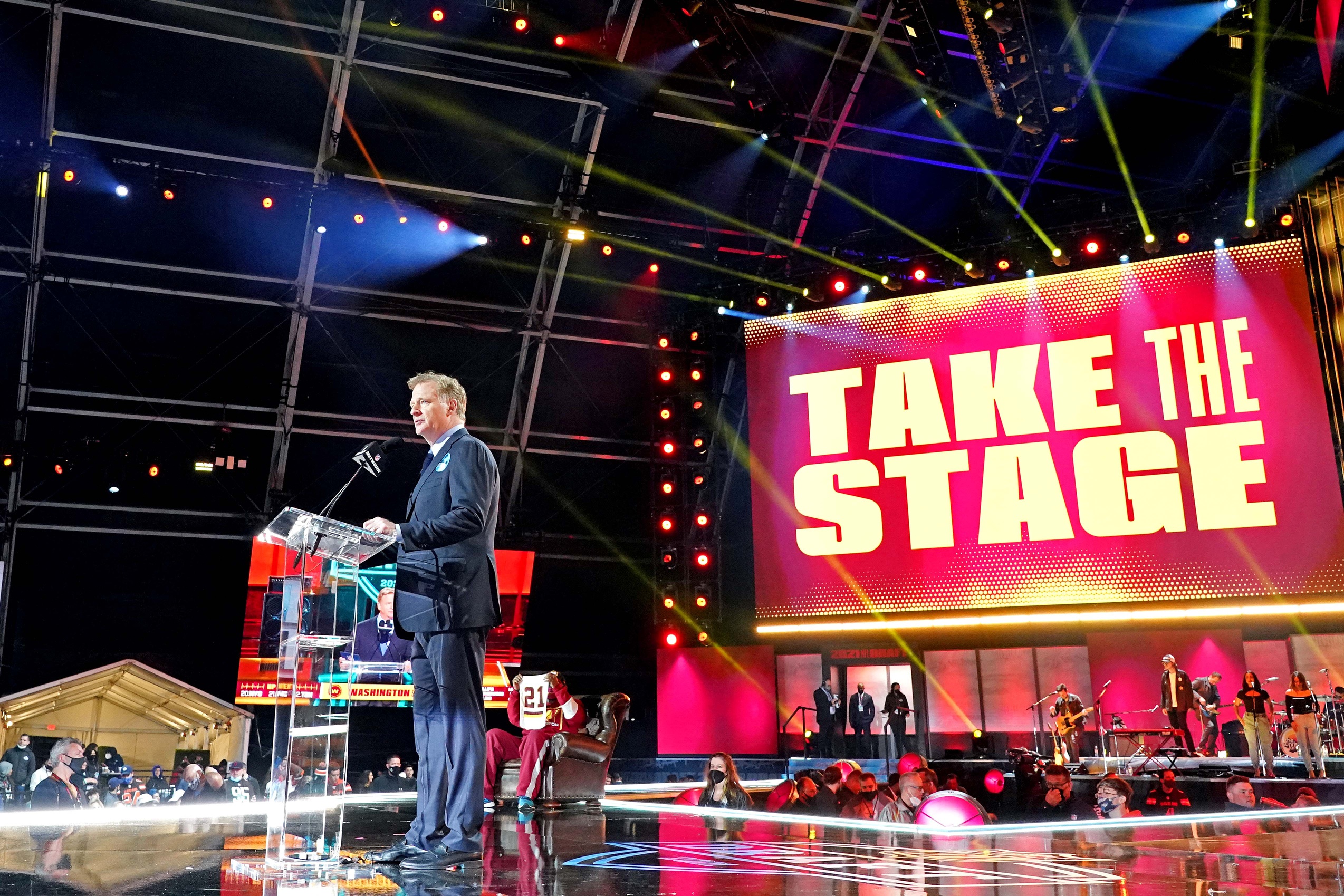 At Louisiana, it was worse for tackle Max Mitchell, who spent two weeks in isolation after a COVID-19 test showed he had antibodies. He returned in October and finished the season, but the impact lingers.

“It was frustrating to say the least,” Mitchell said. “I never tested positive and they came and pulled me off the field in the middle of practice. If you've been sick, I understand you have to take care of yourself. But when you feel fine, there's a guilty feeling when you're not out there.”

It's not just what happens on the field, either.

When league officials announced during the combine that all COVID-19 restrictions would be lifted this fall, the feeling from the overwhelming majority of the 300-plus invitees was gratitude.

For a player such as Metchie, who was born in his mother’s native Taiwan, lived in Ghana until moving to Canada at age 6 and attended high schools in New Jersey and Maryland as the son of a Nigerian father before choosing Alabama, the easing of travel restrictions would be a welcome respite — especially as he works his way back from a torn anterior cruciate ligament in his left knee.

But for everyone hoping to be drafted, the life-changing twists and turns they've faced on the path to this year's draft will help keep football in perspective.

“To think at the end of it all, I’m talking in front of you guys, with an NFL microphone, an NFL nameplate, at a combine with a chance to do what almost every little kid, or every athlete dreamed of, to go run a 40 at Indy,” Petit-Frere said. “When I think about that and I think about where I am now, I can’t really imagine how it happened.”

Judged by Hall of Famers, All-Pro and Pro-Bowl honors, star power and depth of class, here is a look at the greatest NFL draft classes of all time.
Copyright AP - Associated Press