In a First, US Pipeline Agency Weighs Climate Change Impacts

For the first time, a federal energy board is weighing how a proposed natural gas pipeline would affect greenhouse gas emissions, one of several steps taken this week by the Biden administration in its effort to slow climate change.

With a new Democratic chair at the helm, the Federal Energy Regulatory Commission voted 3-2 to approve a pipeline operator's request to replace 87 miles of natural gas pipelines in South Dakota and Nebraska, finding that the project’s climate-warming carbon emissions would not be significant.

The ruling marked the first time the commission has formally assessed a pipeline's greenhouse gas emissions and their expected contribution to climate change, a reversal of policies pursued under Republican chairs appointed by former President Donald Trump.

President Joe Biden on Wednesday signed executive orders aimed at combatting the climate crisis. They include suspending new leases for natural gas and oil development on federal lands and creating a commission focused on green jobs. “We can’t wait any longer,” Biden said. “We see it with our own eyes, we know it. We feel it in our bones.”

FERC is an independent agency that regulates interstate transmission of electricity, natural gas and oil, among other tasks. Members are appointed by the president and confirmed by the Senate.

“A proposed pipeline’s contribution to #ClimateChange is 1 of its most consequential environmental impacts,'' the chair, Democrat Rich Glick, tweeted Thursday.

FERC “cannot claim to have adequately addressed the public interest without addressing the significance of that impact,'' Glick added. “More work to do, but this is an important start.''

Glick was one of two Democrats to support the addition of climate change as a key consideration, along with former FERC Chair Neil Chatterjee, a Republican who previously opposed the climate provision. Two other Republicans opposed the ruling.

“Greenwashing" is when fossil fuel companies present themselves as working to solve the climate change crisis, when in fact they are just creating distractions from real progress. Leading climate scientist and author of “The New Climate War” Michael E. Mann joined LX News to discuss the obstacles that remain to winning the war and why systemic change is needed now.

Chatterjee, a former aide to Senate Republican leader Mitch McConnell of Kentucky, said in an interview that his vote reflected a “pragmatic approach'' to the commission's work. “Without compromise like this, needed infrastructure won't get built" around the country, .

Under FERC rules, the chair has broad authority over pipeline projects and can delay a vote indefinitely.

Glick, who became chair in January after the inauguration of President Joe Biden, had voted against a string of pipeline projects while serving under Chatterjee and other GOP leaders, citing their refusal to consider climate impacts. Glick has said he does not oppose all pipelines, but that climate change must be considered along with other environmental impacts. 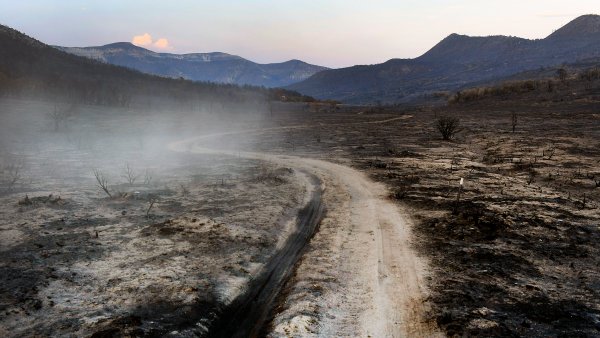 Nearly Half the U.S. Is in Drought and Conditions Are Expected to Grow Worse, NOAA Says 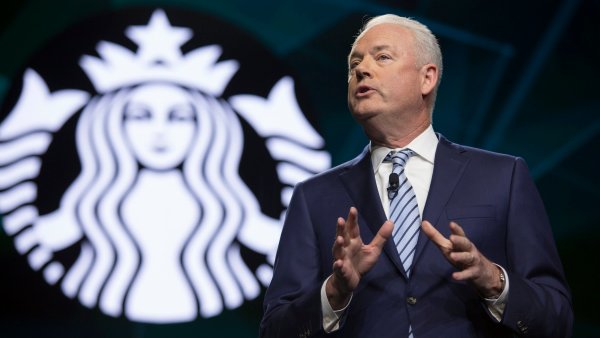 In other action this week, the acting chair of the Commodity Futures Trading Commission announced he is establishing a unit to focus on the role of complex financial derivatives in understanding and pricing climate-related hazards. The Securities and Exchange Commission said it is seeking public input on how to require companies to disclose information on climate change risks to investors.

The Environmental Protection Agency reinstated a dormant website centered on climate science and policy. The information was removed from the agency's website by the Trump administration, which frequently downplayed or denied the risks of climate change.

Biden has pledged to slash greenhouse gas emissions amid a government-wide focus on climate change. Biden has set a goal of eliminating pollution from fossil fuel in the power sector by 2035 and from the U.S. economy overall by 2050, speeding what is already a market-driven growth of solar and wind energy and lessening the country’s dependence on oil and gas. The aggressive plan is aimed at slowing human-caused global warming that is magnifying extreme weather events such as deadly wildfires in the West and drenching rains and hurricanes in the East.

There were nearly two dozen extreme weather events in the U.S. last year, costing taxpayers, businesses, investors and homeowners a combined $95 billion, according to the federal government.

Gillian Giannetti, a senior attorney at the Natural Resources Defense Council, called the FERC ruling “a tremendous step in the right direction'' and an indication of how the agency will rule under Glick's leadership. She praised Chatterjee for his apparent change of heart, calling him “a smart and thoughtful member of the commission" who “recognizes he's not chairman anymore.''

Chatterjee, who led the commission in 2017and again from late 2018 until last November, offered a similar rationale for reversing his position on climate. Glick has assured him he will not oppose all pipeline projects, so long as their climate impacts are considered, Chatterjee said, adding: “He's a man of his word.''

By making the policy change, other pipeline projects are likely to go forward, Chatterjee said.

James Danly, a fellow Republican who briefly replaced Chatterjee as chair, blasted the decision, saying the only thing that's changed is the panel's leader — and Chatterjee's views.

“Basically, I think the reasoning in the order is legally infirm,” Danly said. He accused Glick of hiding a major change to FERC policy in an order for a specific project.