Prosecutors have argued that a rioter’s military service weighs in favor of a jail sentence or house arrest because it made their actions on Jan. 6 more egregious

During his 27 years in the U.S. Army, Leonard Gruppo joined the Special Forces, served in four war zones and led a team of combat medics in Iraq before retiring in 2013 as a lieutenant colonel.

During his six minutes inside the U.S. Capitol on Jan. 6, Gruppo joined a slew of other military veterans as a mob of pro-Trump rioters carried out an unparalleled assault on the bastion of American democracy. He's among dozens of veterans and active-service members charged in connection with the insurrection.

Now, cases like his are presenting a thorny question for federal judges to consider when they sentence veterans who stormed the Capitol: Do they deserve leniency because they served their country or tougher punishment because they swore an oath to defend it?

The Justice Department has adopted the latter position. In at least five cases so far, prosecutors have cited a rioter’s military service as a factor weighing in favor of a jail sentence or house arrest. Prosecutors have repeatedly maintained that veterans' service, while commendable, made their actions on Jan. 6 more egregious.

The participation of veterans in the riot was particularly shocking because some of them apparently used training they received in the U.S. military against their own government to disrupt the peaceful transfer of power. Several veterans are among the far-right extremists charged with plotting coordinated attacks on the Capitol, including Oath Keepers members who marched up the Capitol steps in a “stack” formation used by military infantrymen. 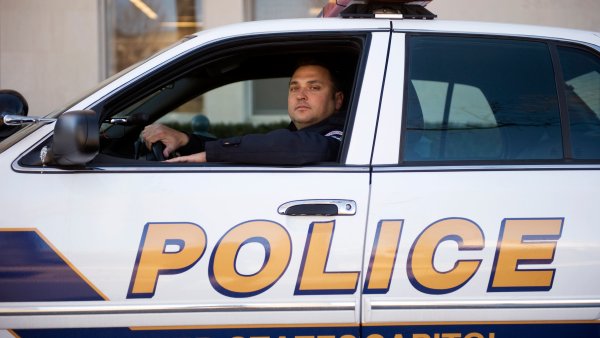 Prosecutors' arguments about rioters' military service didn't sway one of the first judges to hear them — at Gruppo's sentencing hearing last Friday.

“I don’t view his military service that way. I just can’t bring myself to do that," Chief U.S. District Judge Beryl Howell said before sentencing Gruppo to two years of probation, including 90 days of house arrest.

A prosecutor argued that Gruppo's military service supported the Justice Department's recommendation for a 30-day jail sentence. Assistant U..S. Attorney Hava Mirell said Gruppo, 56, of New Mexico, was trained to recognize the obvious danger at the Capitol and “to assist rather than to harm.”

“But the fact that he did receive that training and the fact that he intentionally overlooked his oath to commit one of the most destructive acts against our Constitution and our democracy, that does affect the government’s view of his conduct,” she said.

Defense attorney Daniel Lindsey argued his client's service to the country shouldn’t be used against him. He said Gruppo initially wanted to keep quiet about his military service because he felt he had dishonored it.

“And he did,” Howell interjected. “Let’s not mince words.”

But the judge said she was surprised by the Justice Department's position because she believes most Americans would have “enormous respect” for Gruppo's service.

“And it's not just because I grew up on military bases around the world,” Howell added.

In most criminal cases, judges typically view a defendant's military service as a mitigating factor that favors leniency, said James Markham, a professor of public law and government at the University of North Carolina at Chapel Hill. But he recognizes how the Justice Department could conclude that rioters with military experience should be held to a higher standard than those without it.

“It’s obviously not related to their military service directly, but it’s also not entirely conceptually unrelated that somebody who is a veteran or had military service could be viewed as having a more refined understanding of the importance of civilian control and electoral stability," said Markham, a lawyer and Air Force veteran.

More than 650 people have been charged in the Jan. 6 attack. Some of the rioters facing the most serious charges, including members of far-right extremist groups, have military backgrounds. A handful of riot defendants were on active duty, including an Army reservist who wore a Hitler mustache to his job at a Navy base.

A U.S. House committee is planning a hearing this summer into the targeting of military veterans for social media disinformation, including by foreign actors seeking to destabilize American politics. Landon Copeland, a former U.S. Army sergeant charged with assaulting police on Jan. 6, said he consumed all of his news through social media.

More than 100 riot defendants have pleaded guilty, mostly to misdemeanors punishable by a maximum of six months of incarceration. Two dozen had been sentenced as of Friday. At least three of the sentenced defendants are veterans, according to an Associated Press review of court records.

“He swore an oath to defend the country and instead he participated in an attack on democracy itself,” said Assistant U.S. Attorney Leslie Goemaat.

Jancart said he loves his country and is ashamed of his actions. The judge told Jancart that he respects his military service, particularly his deployment to Afghanistan, but said it wasn't the only factor to consider.

“You attempted with others to undermine one of our country’s bedrock acts, which is the peaceful transfer of power following a democratic election,” Boasberg said.

Another Air Force veteran, Thomas Vinson, was sentenced on Oct. 22 to five years of probation. Prosecutors had recommended three months of house arrest for Vinson, a Kentucky resident who served in the Air Force from 1984 through 1988.

Vinson, whose wife also was sentenced to probation for entering the Capitol on Jan. 6, told U.S. District Judge Reggie Walton that he loves his country and joined the military to defend it.

"I took that oath to the Constitution, and I know I broke that oath that day by entering that building,” Vinson said.

At least two other rioters who served in the military are scheduled to be sentenced in the coming days.

An active-duty U.S. Marine is facing a court hearing in D.C. for his alleged role in the U.S. Capitol insurrection. News4’s Scott MacFarlane reports it's the latest in a growing number of people with military connections charged the Jan. 6 attack.

Prosecutors have recommended two months in jail for Boyd Camper, who served in the U.S. Marines from 1987 to 1990. The Montana man told the FBI that he believed he was on the “front line” and entered a “combat” state of mind at the Capitol, where he used a camera with an extension pole to record himself inside the building, according to prosecutors.

"His voluntary decision to storm a guarded government building is nothing short of shocking in light of his former military service and training,” prosecutors wrote ahead of Camper's Oct. 12 sentencing.

Prosecutors are seeking two months of house arrest for Air Force veteran Jonathan Ace Sanders Sr., who is scheduled to be sentenced on Thursday. Surveillance video captured the Indiana man wearing a military-type vest as he walked through the Capitol, according to prosecutors.

“As an Air Force veteran, Sanders was well aware of the great jeopardy posed by the rioters’ violent entry into the Capitol,” prosecutors wrote. “His repeated assertions that he had done nothing wrong is not credible — his background shows he knew better.”