Crews will work to pull two construction barges ashore after they broke loose into the Potomac River unattended this weekend.

The two barges are held in place but still need to be brought ashore, Christiana Hanson of the National Park Service told News4 on Monday.

“The water in the river needs to slow down. It’s right now just not safe to get into it for any of our rescue operations, our contractors or NPS staff,” she said. “We need the waters to calm down before we start looking at how do we safely bring those barges to shore.”

One of the barges broke loose Saturday evening, Hanson said; the other broke loose Sunday afternoon. People stood along the river’s shore to watch the huge vessels race along.

Crews deflated the barges' pontoons so their weight would be greater than their flotation devices and secured them in place with ropes for added support. Contractors are monitoring the barges to make sure they remain in place, Hanson said.

Dozens of people gathered to watch the barge make its way down the river through choppy waters.

There’s no timeline yet for when the barges will be brought ashore.

The Potomac was still high as of midday Monday. Georgetown’s floodwall was up to protect businesses, and water came just to the edge of the promenade. On the Maryland side of Great Falls Park, some trails were closed due to flooding.

Officials asked people to be mindful of high water, swift currents and debris in the river. 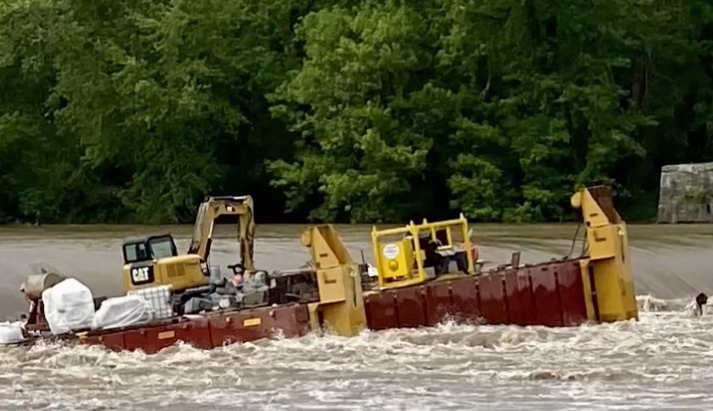 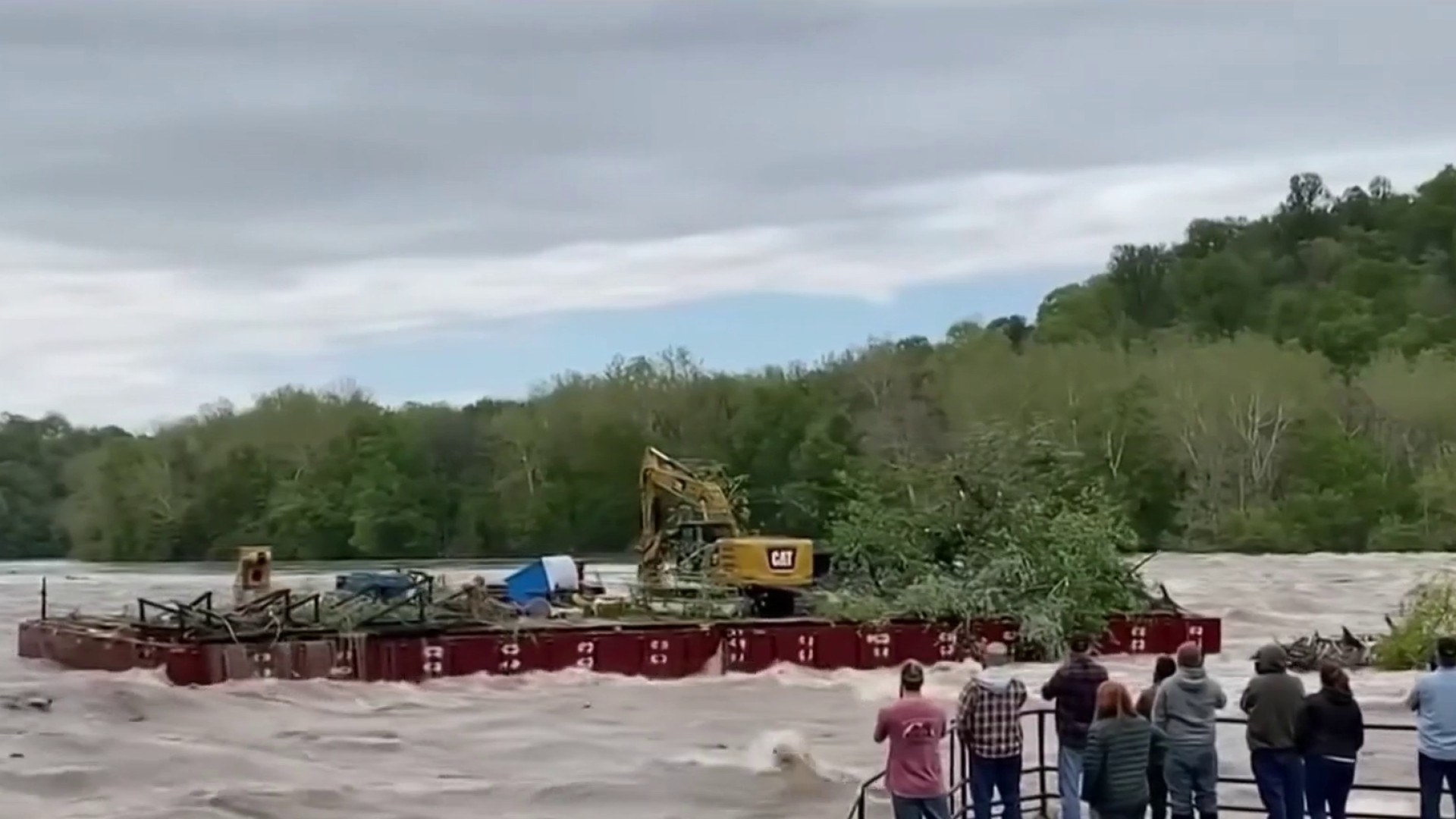