Crews feel confident that they’ll be able to pull the barges to shore once the water level lowers, a spokesperson for the Chesapeake and Ohio Canal National Historical Park said

Two barges are now stopped in the Potomac River after breaking loose this weekend and making their way down choppy waters in West Virginia, authorities say.

First a "construction barge carrying a Caterpillar excavator and other equipment" broke loose on Saturday evening, followed by another barge on Sunday afternoon, Christiana Hanson, a spokesperson for the Chesapeake and Ohio Canal National Historical Park, said.

According to authorities, the barges, which were floating downriver toward Harpers Ferry, West Virginia, have since stopped moving. 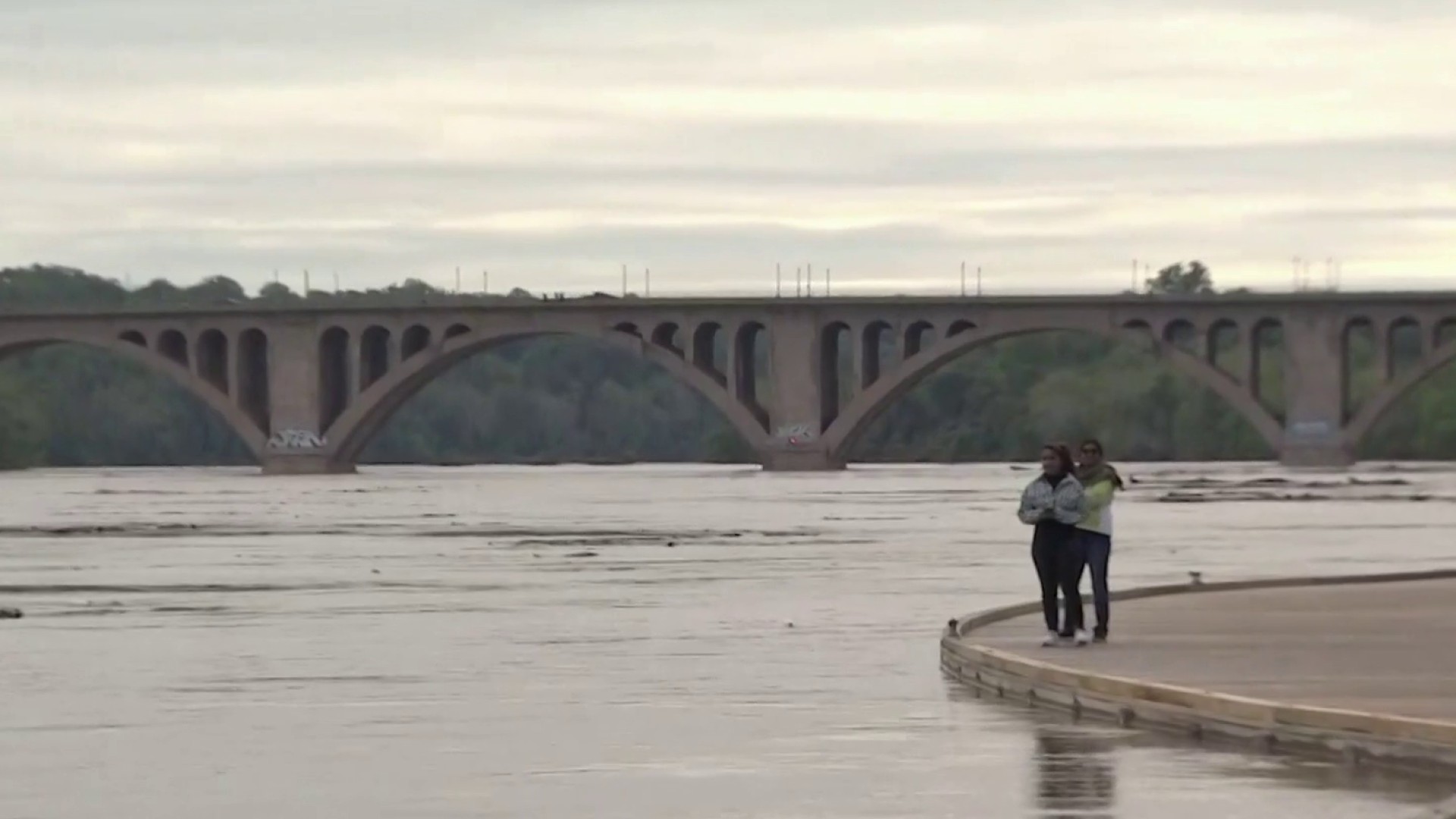 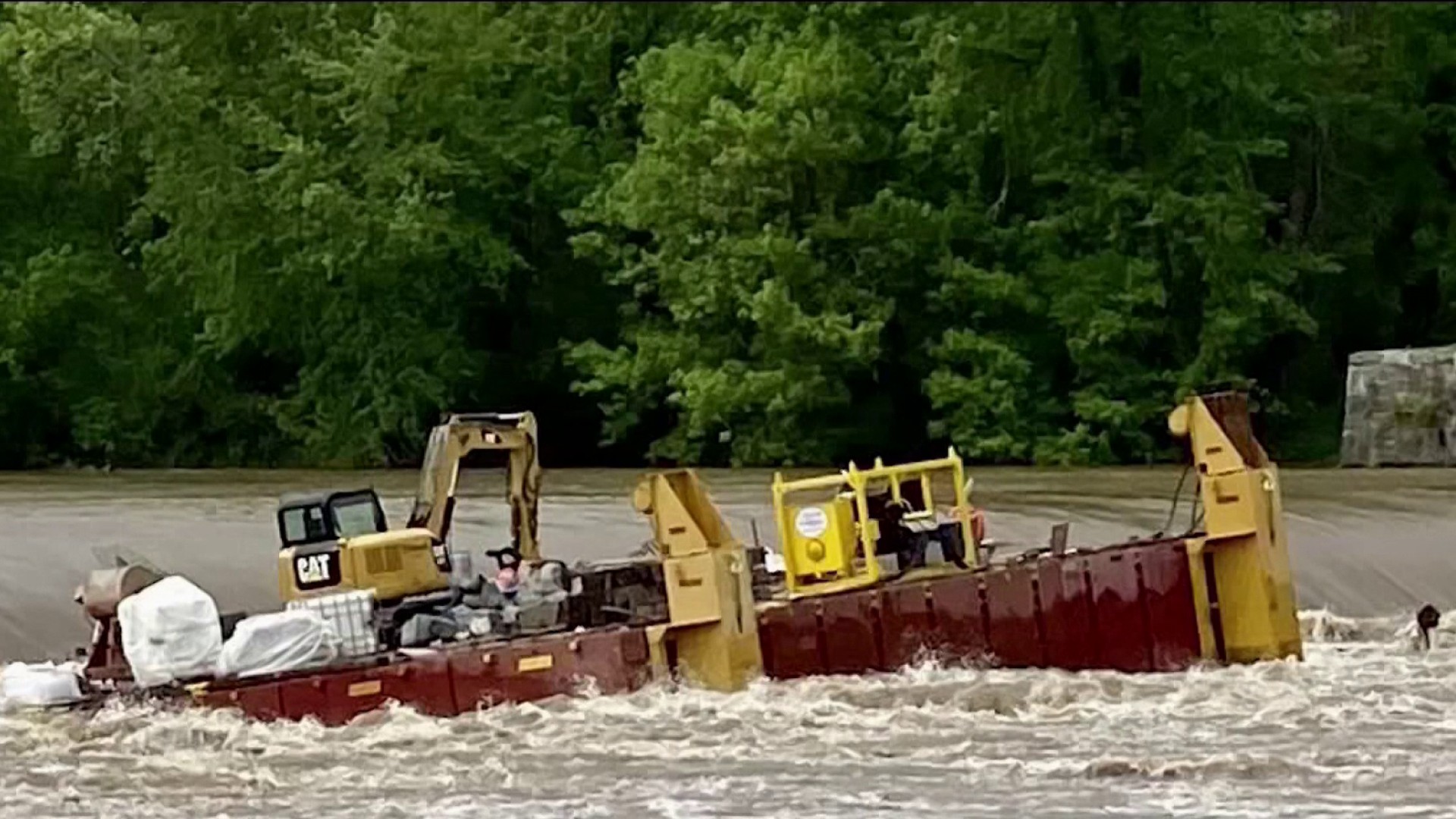 "The larger barge is currently held in place at the remnants of Dam 3, and the smaller of the two barges has been caught below Dam 4," Hanson said. "Contractors are monitoring to ensure that they remain in place."

To stop the barges, crews deflated their pontoons so their weight would be greater than their flotation devices and secured them in place with ropes for added support, Hanson said.

While at the scene, CNBC photojournalist Van Applegate told News4 that floodwaters had likely pushed one of the barges free.

Dozens of people gathered to watch the barge make its way down the river through choppy waters.

"The water level has risen almost 6 feet in the last 24 hours, so it likely broke the shoring line that it was connected to," he said. "[The barge] has meandered through the Potomac River up and down these S curves... [it] ping-ponged its way down to this level."

Crews lit up the barges so they could watch them overnight. They feel confident that they’ll be able to pull them to shore once the water level retreats, Hanson added.

Though there was concern that the barges could impact area bridges and some were temporarily closed, those between Loudoun County and Maryland remained open, the Loudoun County Sheriff's Office said.

Recent heavy rain has increased water levels on some area rivers and led to flood warnings and watches in several counties. Here's a list of severe weather alerts.