A 21-year-old Maryland woman who wanted to become a police officer died after she left the bar where she worked and a pickup truck with two volunteer firefighters inside rammed her car.

Taylor Anne Halbleib, 21, of Hughesville, Maryland, died after her car was struck from behind by a pickup truck about 2:30 a.m. Thursday, Dec. 7 on Maryland Route 6, west of Cooksey Road in Charles County.

She was headed home to her parents' house when her Hyundai Elantra was hit from behind with great force by a Ford F-150. Chopper4 footage shows the horrific wreckage of Halbleib's car. 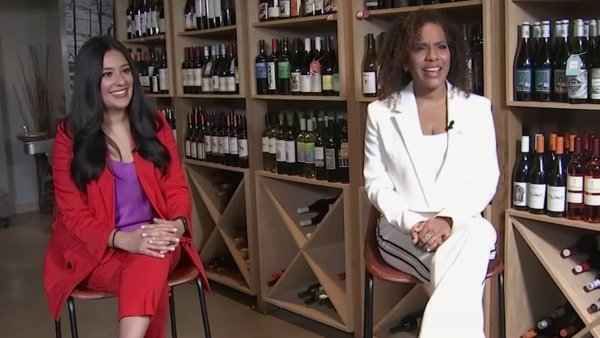 Police said the driver of the truck failed to stop when he approached Halbleib’s car, hitting her car and forcing it into a minivan stopped in front of her. Her car and the minivan were stopped at a traffic signal.

Halbleib was critically injured and later died at a hospital.

The driver of the pickup truck and his passenger were injured. They both are members of the Newburg Volunteer Fire Department. The person in the minivan was not hurt.

A witness said Halbleib and the two men in the truck were seen speaking to each another at closing time outside of Vino Liquor, where Halbleib worked. The witness said the men had just purchased a 12-pack of beer and said it appeared the passenger was trying to flirt with Halbleib.

Investigators are looking at security camera video from the bar in an effort to learn what happened in the parking lot before the crash.

Investigators said speed and alcohol are believed to be contributing factors in the crash. No charges have been filed in connection with the investigation.

Halbleib graduated from La Plata High School in 2014. She was on the varsity soccer team and was a member of the ROTC, her obituary says. She was taking criminal justice classes "with the hopes of following in her father's footsteps and being a D.C. Metropolitan Police Department officer."

Halbleib's funeral will be held Wednesday. Her family requested donations in her name to the Humane Society of Charles County.