Many History Interpreters of Color Carry Weight of Racism

“It’s draining but it’s also uplifting," Novella Nimmo, education coordinator and actor-interpreter at the National Underground Railroad Freedom Center, said. “You’re telling a story that America wants to forget. You’re telling the story of your ancestors, who were never able to tell their stories. "

Stephen Seals stood onstage waiting to be auctioned off. Moments later, a white slave auctioneer pointed a gun at one of the other Black men gathered with Seals, and a Black mother cried for her children.

The scene, titled “What Holds the Future,” was Seals’ first scripted piece at Colonial Williamsburg, an immersive living-history museum in Williamsburg, Virginia, where costumed interpreters of history reenact scenes from the colonial past and portray figures from that period.

“Every time you did this piece, it hurt,” said Seals, an actor-interpreter and community outreach and program development manager at the site. 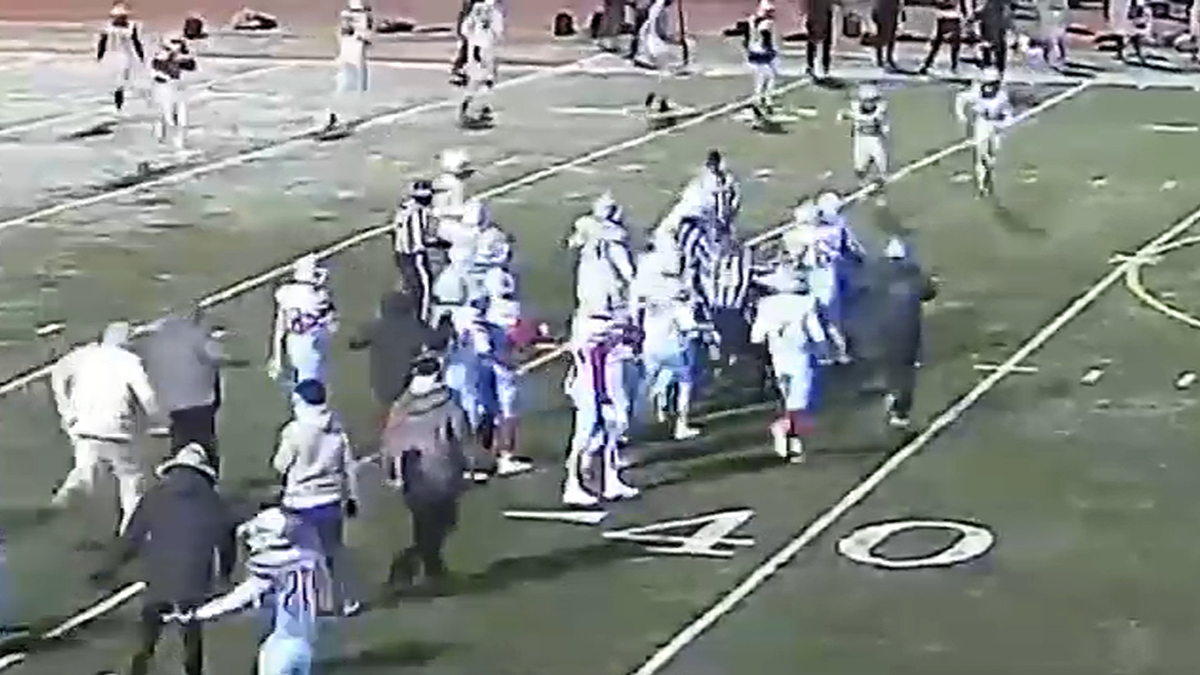 After Claims of Racial Slurs at School Football Game, Officials Call for Training 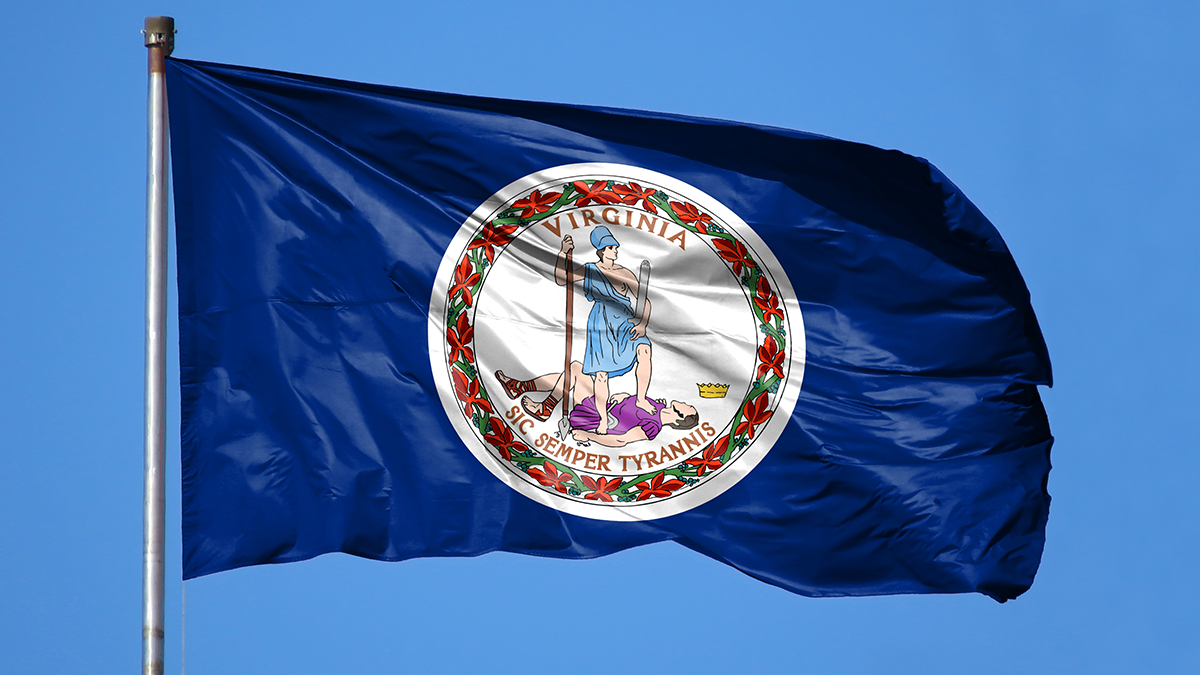 Report: Racist Virginia Laws May Be Gone, But Inequities Persist

As historic sites like Colonial Williamsburg are working to be more racially inclusive, many actor-interpreters of color say they appreciate the efforts. But it’s a weighty and often painful experience to portray enslaved people or others who lived through the racism of the past. The work of getting into character has them exploring difficult parts of history, and once they step back into the real world they still are confronted with current-day racism.

“I can take off the costume," said Deirdre Jones Cardwell, programming lead for the actor-interpreters at Williamsburg. "But I can’t take off my Blackness."

Sharing stories of Colonial Williamsburg’s residents of color is a relatively new phenomenon in the site’s nearly 90-year history. It wasn’t until 1979 when the museum began telling Black stories, and not until 2002 that it launched its American Indian Initiative. Even in recent years, interpreters say the stories of Black and Native American people haven’t always gotten adequate programming slots, advertising and research support.

“There was a point in Colonial Williamsburg’s history that interpreters weren’t allowed to talk about slavery,” Jones Cardwell said. “We’ve come a long way since that, but there’s a long way to go.”

Lately, Colonial Williamsburg expanded recruitment efforts and outreach to historically Black colleges and universities, partnered with local groups like the city's historic First Baptist Church, and set aside time monthly for employees of color to meet. Last year, the site launched unconscious bias training for senior leadership and plans for diversity training for all employees this year.

Similar efforts are underway at the Stuhr Museum of the Prairie Pioneer, in Grand Island, Nebraska, where a new permanent exhibit tells the story of a once-enslaved Black man who became one of the area's most prominent physicians. The museum is also partnering with a local multicultural coalition to explore the stories of 12 Black families who settled in northwest Nebraska in the 1880s.

But executive director Chris Hochstetler says more must be done. He estimates only 1% to 3% of the Stuhr's costumed interpreters are people of color. When he arrived at the museum in February 2020, Hochstetler “realized we needed to ask ourselves some serious questions about whether we are representing our community fully.”

As the nation reckons with racism after high-profile police brutality cases last year, Jones Cardwell says Black interpreters are feeling more empowered to push for inclusive programming and hiring. But she says much of the burden has fallen on the shoulders of employees of color.

She is grateful for the moments she has out of character. During breaks, she does breathing exercises or prays. When she researches or teaches about the racial violence of the colonial era, she thinks of headlines of Black people being killed by police today.

“The more that you learn about this history, the heavier it feels,” she said. “We’re still dealing with ripples from the past.”

Actor-interpreter Mary Carter takes off her costume whenever she can.

“Mentally, I can’t be in those clothes any longer than I have to,” she said.

As Carter talks to guests about a 1705 law referring to biracial people as “an abominable mixture," she is aware of the racism she’s faced herself as a mixed-race Black woman. It took years for her to realize the toll the work was taking, she says, and managers didn't fully understand. So she leaned on Black colleagues, a therapist and Black women in the museum field.

Interpreters of color are often racially harassed by site visitors, and sexual abuse — physical and verbal — is common, especially against Black women, said Cheyney McKnight, a historical interpreter and founder of Not Your Momma's History, an organization that helps historical sites develop inclusive programs. McKnight has begged managers to have security guards nearby. At times, speaking with hostile guests has left her in tears.

“It was like feeding me to the wolves every day,” said McKnight, who has worked with over 45 historical sites.

Talon Silverhorn, a Colonial Williamsburg American Indian interpreter and member of the Eastern Shawnee Tribe of Oklahoma, doesn’t portray a specific person. Instead, he shows up to work as himself and teaches guests about his tribe’s history. But even that takes an emotional toll.

Some guests have told him that the colonists should have completely wiped out Native Americans. In training, interpreters are taught to detach themselves from the stories they tell, but Silverhorn says that for interpreters of color, “there’s only so much of that that can be done.”

Last year, Silverhorn started going to therapy, which Colonial Williamsburg covers. It's helped, but he said there's still more work to do.

Novella Nimmo, education coordinator and actor-interpreter at the National Underground Railroad Freedom Center in Cincinnati, often portrays her own great-grandmother, who was born into slavery.

“It’s draining but it’s also uplifting," she said. “You’re telling a story that America wants to forget. You’re telling the story of your ancestors, who were never able to tell their stories. That’s what keeps me going. I remember their strength, and that gives me strength.”

Interpreters of color also would like to see white interpreters get more training on the histories of communities of color.

“The job of Black interpreters is different,” McKnight said. “And we need different support.”

Fernando reported from Chicago. She is a member of The Associated Press’ Race and Ethnicity team. Follow her on Twitter at https://twitter.com/christinetfern.