How Virginia Gov. Ralph Northam Survives Scandal by Staying Out of Sight

He promised to start an honest conversation about race and how to heal the lingering wounds of Virginia's painful past. Then he disappeared.

For the past week, Gov. Ralph Northam has defied widespread calls for his resignation after a racist yearbook picture and a bungled response upended his career. The 59-year-old Democrat has hired a crisis communications firm, used underground tunnels at the Capitol to stay out of sight and unveiled no strategy for how he might govern effectively over the next three years.

His best hope of survival in the short term might be the eruption of two other controversies that have since hit the two men next in line to succeed him, both Democrats. The party might be loath to oust the three for fear of handing the governor's office over to the Republican legislative leader who is next in line.

Ed Gillespie, who ran for Governor of the Great State of Virginia against Ralph Northam, must now be thinking Malpractice and Dereliction of Duty with regard to his Opposition Research Staff. If they find that terrible picture before the election, he wins by 20 points!

Democrat Governor Ralph Northam of Virginia just stated, “I believe that I am not either of the people in that photo.” This was 24 hours after apologizing for appearing in the picture and after making the most horrible statement on “super” late term abortion. Unforgivable!

This has gone on too long. There is nothing to debate. He must resign. https://t.co/TjfS3vbcws

My statement with Senators @timkaine and @MarkWarner urging Governor Northam to resign. pic.twitter.com/caAx6Im0Ga

There is no place for racism in America. Governor Northam has lost all moral authority and should resign immediately, Justin Fairfax is the leader Virginia needs now.

This has been a heartbreaking day. Ralph Northam is my friend and he served well as my Lt. Governor and as Governor. His actions on display in this photo were racist, unacceptable and inexcusable at any age and any time.

What Ralph Northam did was unforgivable. Given his statements on the right to life coupled with the most recent revelations, he has lost the moral authority to continue to govern and should resign immediately.

If Governor Northam loves Virginia the way I know he does, he will resign to allow the Commonwealth to focus on its place in addressing the history of slavery and racism in America.

These images arouse centuries of anger, anguish, and racist violence and they’ve eroded all confidence in Gov. Northam’s ability to lead. We should expect more from our elected officials. He should resign.

Leaders are called to a higher standard, and the stain of racism should have no place in the halls of government. The Governor of Virginia should step aside so the public can heal and move forward together.

But Northam's long-term plans are still a mystery. The uncertainty has led opponents to pile on, left his staff rudderless and prompted supporters to urge him to act quickly.

"I'm not privy to any plans, but I suspect he will step up and lead," said Republican Sen. Richard Stuart, a close friend who talks to the governor daily. Asked when that might be, Stuart said: "Soon, I hope."

Northam has come under pressure from nearly the entire Democratic establishment to resign after the discovery of a photo on his profile page in the Eastern Virginia Medical School yearbook of someone in blackface standing next to a person in a Ku Klux Klan hood and robe.

The governor initially said he was in the photo without saying which costume he was wearing. At a surreal news conference the next day, he reversed course and said he was convinced he wasn't in the picture. But he said he once wore blackface when performing as Michael Jackson at a dance competition in 1984.

At that same news conference last Saturday, he said he owed it to the people of Virginia to start a discussion about race and discrimination and listen to the pain he had caused. "I believe this moment can be the first small step to open a discussion about these difficult issues," he said.

In the days since, Northam's administration has tried to inch its way back to normalcy while some of his top staff and advisers wonder if such a thing will ever be possible.

The governor quietly signed legislation approving a huge incentive package for Amazon to build a headquarters in Virginia. Under normal circumstances, such a legacy-making achievement would be celebrated with a grand bill-signing on the Capitol steps or at some other landmark. 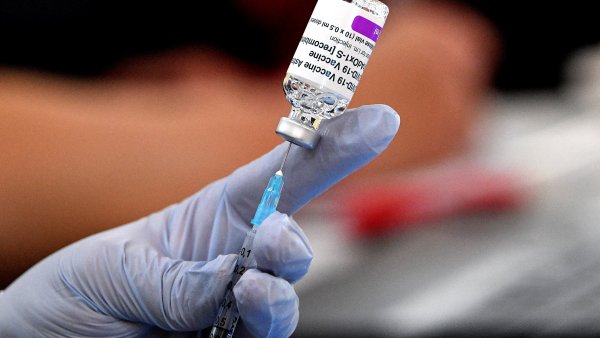 His budget staff continues to negotiate a high-stakes tax overhaul with Republican leaders of the General Assembly -- minus, of course, the normal leverage the governor would have.

"He doesn't have the same political capital he had," said Secretary of Finance Aubrey Layne.

At an anti-abortion rally Thursday, opponents gloated over Northam's troubles. The yearbook picture became public after an uproar over the governor's defense of loosening restrictions on late-term abortions.

"I'm a pastor. I believe in divine retribution," said E.W. Jackson, the Republican who lost to Northam in the 2013 race for lieutenant governor.

Influential black lawmakers said they have not heard from Northam since the weekend.

"I'm willing to talk to anybody about honest conversations about how we move forward," said Del. Lamont Bagby, chairman of the Legislative Black Caucus. He added, though, that his caucus hadn't changed its mind about demanding Northam resign.

Some Northam supporters are scrambling to show that the governor still has backing among members of his party.

Michael McShane, a Charlottesville Democratic consultant, said several Northam gubernatorial campaign volunteers have been calling around to gauge Democrats' support of the governor and found that there are still many who want him to stay in office. "We think the process is moving too rapidly," McShane said.

The pressure on Northam to resign has lessened considerably since two other scandals erupted: A college professor has accused Lt. Gov. Justin Fairfax of sexual assault, and Attorney General Mark Herring admitted wearing blackface for a party in college in 1980.

Herring, who a week ago called on Northam to resign, issued a statement Wednesday, saying, "In the days ahead, honest conversations and discussions will make it clear whether I can or should continue to serve as attorney general."

More than a day later, he had yet to make a public appearance.