The first confirmed cases in the nation's capital are a man with no known history of international travel and a Nigerian man who had recently traveled to D.C.

The rector at a historic Georgetown church and an international visitor to Washington, D.C., both tested positive for the novel coronavirus that's sickened over 100,000 people worldwide, church and city officials confirm.

These are the first two COVID-19 cases in the nation's capital. Both are men in their 50s.

D.C's first coronavirus patient is a city resident and rector at Christ Church Georgetown, city and church officials said. He appears to have not traveled outside the United States, D.C. Mayor Muriel Bowser said. He was considered on Saturday a "presumptive positive." 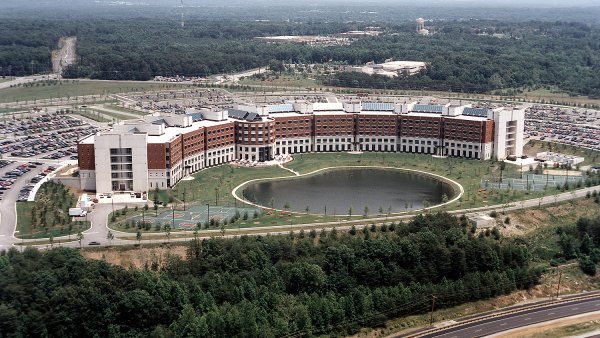 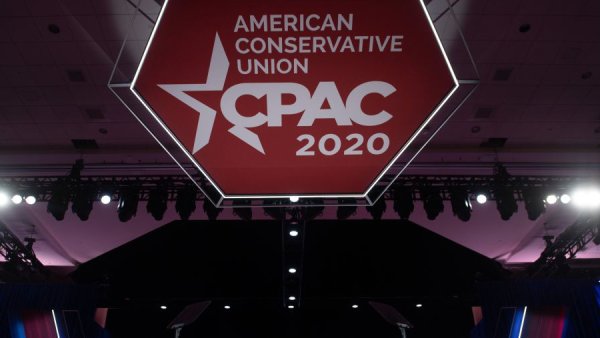 "At this point, he appears to have no history of international travel and no close contacts with a confirmed case," she said.

Officials are working to trace his path before he was diagnosed.

"Praying without ceasing for all affected, for all in fear, and for all who are working to find solutions," Hardin said.

“It’s the first, from my understanding, that the church has canceled services in 150 years,” said former D.C. Councilman Jack Evans, who attends the church. “This was definitely an extraordinary event, and hopefully by next Sunday we’ll be back in business.”

A second coronavirus patient visited D.C. and then was diagnosed in Maryland, the mayor said. The Mayor's Office confirmed that the second patient is a man who traveled from Nigeria to D.C. He went to a Maryland hospital for treatment and remains there.

D.C's first coronavirus patient is a D.C. resident in his 50s who appears to have not traveled outside the United States, D.C. Mayor Muriel Bowser said in a press conference Saturday Night.

Even though the patient is being treated in Maryland, the Centers for Disease Control will count his case toward the District's total.

Health officials are trying to trace where he's been in the area and who he may have had contact with.

Bowser and public health officials sought to reassure the public and said the District has adequate tests to evaluate patients. The mayor did not declare a state of emergency or cancel major events.

"There is still no widespread community transmission and the general level of risk for residents is low," the D.C. Department of Health said in a statement.

D.C. officials earlier said they would consider more serious measures to fight the virus if they tracked significant person-to-person transmission. 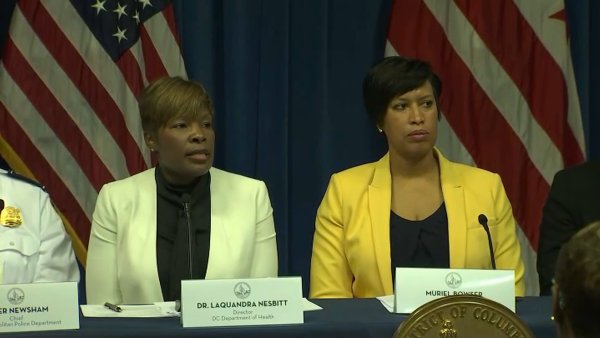 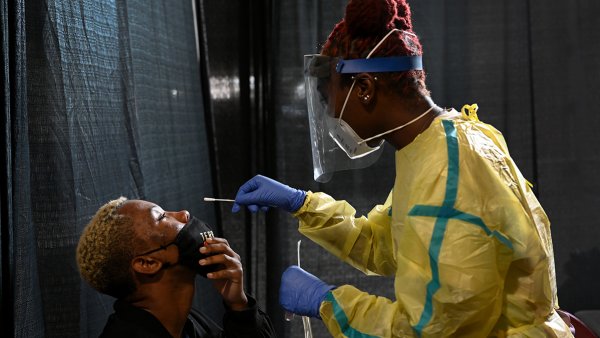 The city has the capacity to test dozens of cases every day at local labs, officials said this week.

President Donald Trump said he isn't concerned "at all" about coronavirus cases being diagnosed in and around the capital region, News4 reported.

Three people in Maryland were diagnosed Thursday with the coronavirus. Those patients, a woman in her 50s and a married couple in their 70s, live in Montgomery County, just north of D.C., and fell ill after taking a cruise in Egypt.

Maryland Gov. Larry Hogan announced two more cases Sunday — a Harford County woman in her 80s who is hospitalized and a Montgomery County man in his 60s who was briefly hospitalized. Both caught the virus while overseas.

A U.S. Marine assigned to Fort Belvoir in Fairfax County, Virginia, tested positive with coronavirus on Saturday, the Pentagon said. The Marine "recently returned from overseas, where he was on official business," Pentagon chief spokesman Jonathan Rath Hoffman said on Twitter. This marks the first case diagnosed in the state of Virginia.

Virginia's second positive case is a man in his 80s who also took a Nile River cruise.

Additionally, organizers of the Conservative Political Action Conference (CPAC) said Saturday evening that someone who attended the conference last week in National Harbor, Maryland, was diagnosed with the coronavirus. Organizers said the person is being treated in New Jersey and did not come in contact with the president or vice president, who attended the event.

With flu season well upon us, and concerns over the coronavirus growing, NBC 5’s Lauren Petty visited Northwestern Hospital and talked to Dr. Igor Koralnik. Koralnik shows us the right way to get your hands clean in 60 seconds.