DC's Unique ‘Narrow House' on the Market for $3.5 Million

Built in 1985, the home on Foxhall Road NW has many distinct details

A home designed by an international architect is one of the most unique homes on the D.C. market right now.

Known as the “Narrow House," the home was built by architect Dr. J. Darvish (also known as Dr. Djahanguir Darvich) for himself and his family in 1985. It is currently on the market for $3.5 million.

The home was built this way due its long, skinny lot and the limitations of zoning code, according to Darvish's website. The Darvish family still owns the home but has since relocated.

“Those windows that he built and all the architecture, the arched ceiling, it's absolutely gorgeous, lots of curves,” the property's broker, Lorraine Arora, said.

Despite its narrow structure, the single-family home is a generous 4,390 square feet, with three bedrooms and five bathrooms. There is a spiral staircase, vaulted ceilings and a glass room, which was Darvish's “creative space,” Arora said.

Throughout the Narrow House, you'll find one-of-a-kind details that Darvish and his family created. Red, silver and black are featured prominently throughout the house because Darvish loved the colors, and the doors all feature his designs.

"The home was built in the 1980s. Red, black and white were the colors that were trending at the time," Fruwah Boma Chapman of Berkshire Hathaway HomeServices said. "And so, because he built this house in that era, that is what inspired the color of this house. And passion — red is the color of passion. So you can see it in different places."

In the living room, a red “X” and plexiglass railing separates the dining area from the glass room below. Arora said the X-shaped structure was previously used as a bookcase.

The white walls of the home are enhanced with vaulted ceilings, recessed lighting and custom tinted windows. There are two lights at the end of the spiral staircase which were inverted by Darvish to look like eyes, Arora said.

The kitchen has an eye-catching breakfast nook with red and black seating, granite counters, ceramic tiles and luxury cabinets.

Upstairs, the bedrooms have seating areas and views of the trees in the backyard. One of the bedrooms has access to the attic, from which the family could see fireworks on the Fourth of July, Arora said. 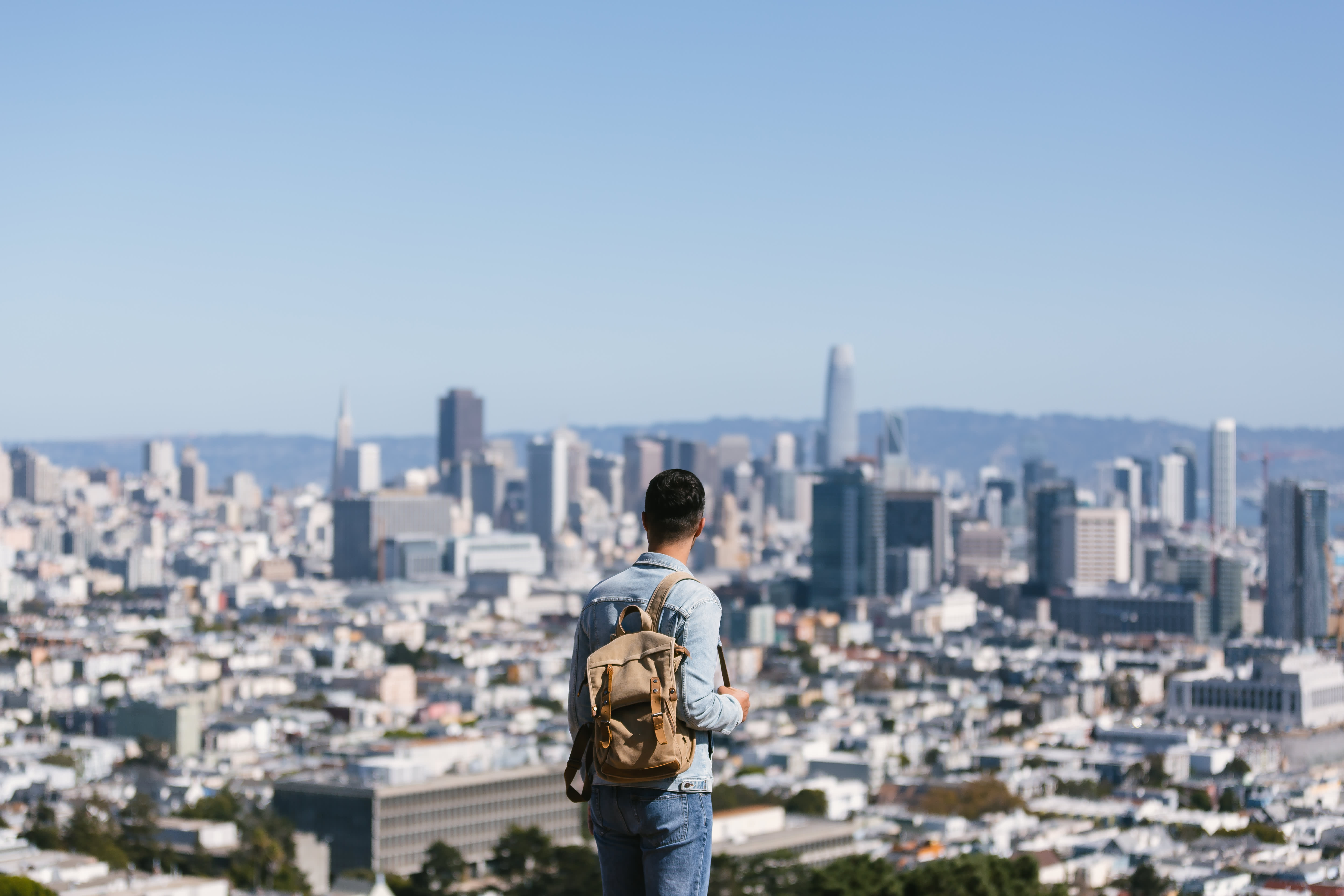 These Are the Top 7 U.S. Cities Homebuyers Are Seeking to Leave

Arora said the home is perfect for a buyer who is selective and appreciates the distinct characteristics of the house.

“It's piece of work; the entire house is for him, built for his comfort and enjoyment,” Arora said. “And so it's someone who's very unique, who appreciates wonderful architecture.”

As for why the house is so narrow: Due to code, Darvish had to keep at least one existing wall of the original home during the renovation. He decided to keep two – which you can see on the side of the home. The old walls show what the original home looked like. The homeowner then built up and out.

The home is situated close to Georgetown, Tenleytown and Sibley Memorial Hospital.

Besides this D.C. home, Darvish, who is originally from Iran, is known for designing Takhti Stadium. He has also built homes in Chevy Chase and Bethesda, Maryland, according to his website.