The U.S. Navy said the suspect was a Navy Hospital corpsman; the public is "no longer at risk," authorities said

A U.S. Navy medic shot and wounded two Navy sailors at a “military institution” in an office park in Frederick, Maryland, on Tuesday, and then fled to a nearby Army base, where he was fatally shot by base police, officials say.

Fantahun Girma Woldesenbet, a petty officer third class, was identified as the suspect, officials said in an update Tuesday afternoon. The 38-year-old was assigned to Fort Detrick and lived in Frederick.

One of the wounded sailors was in critical condition, police said; the other was treated and is expected to be released Wednesday.

An investigation into Woldesenbet’s possible motive is underway. Brigadier General Michael Talley said investigators are looking at whether the shooter knew the victims, but refused to speculate, saying, "We don’t want to compromise any aspect of the investigation.”

The shooting occurred Tuesday morning inside a military “overflow area” at Riverside Tech Park, in the 8400 block of Progress Drive, Talley said at a news conference.

“We always hope we don’t get that call. Today we got that call,” Frederick Police Chief Jason Lando said. 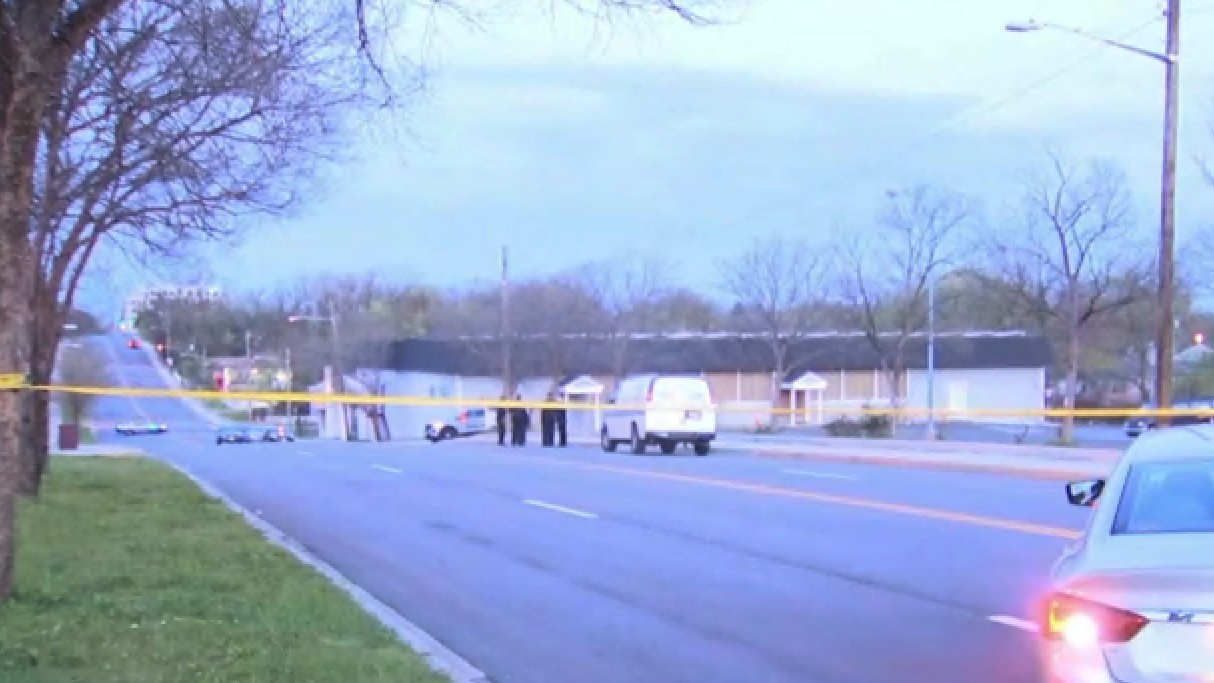 The two wounded sailors were flown to Baltimore Shock Trauma. They both initially were in critical condition, authorities said. No one else was injured.

Woldesenbet drove his SUV to the gates at Fort Detrick at about 8:45 a.m., Talley said. Moments earlier, Frederick police asked law enforcement to be on the lookout for him and for his vehicle.

Before base police could search Woldesenbet, he sped past the gate. He made it about a half-mile as police pursued him. They were able to stop him in a parking lot, where he “brandished” a weapon, Talley said. Base police were able to “neutralize” him. Officials tried to save Woldesenbet’s life for about 20 minutes, but he was pronounced dead on the scene.

Lando said Tuesday morning that there was only one shooter and no ongoing threat to the public.

“We have two different scenes. All I can tell you is that we have confirmed there is only one shooter," Lando said. "The public is no longer at risk. Everyone is safe."

Security camera video from a nearby business captured the chaos after the shooting, as one wounded victim walked into a Nicolock Paving for help. Employees jump up, lock the doors and try to help the injured man in the video.

Jeremy Mutschler, director of marketing for Nicolock Paving Stones, said that his understanding was that the shooting was near the company’s Frederick location but not at the business itself.

A man shot and wounded two people at an office park in Frederick, Maryland, on Tuesday and then went to Fort Detrick, where he was fatally shot by personnel there, officials say.

“One of the victims who was wounded entered our facility looking for help and we were able to assist and call the authorities,” said Mutschler, who is based in New York.

Into the evening, law enforcement investigators carried items and possible evidence from Woldesenbet’s apartment, located in a complex just off Interstate 40.

Woldesenbet’s military record shows a number of awards and decorations, including one for marksmanship with a pistol.

Neighbors continued to puzzle over the motives of a man they knew as quiet and pleasant.

Fort Detrick is home to the military’s flagship biological defense laboratory and several federal civilian biodefense labs. About 10,000 military personnel and civilians work on the base, which encompasses about 1,300 acres in the city of Frederick.

Several roads in the area of the shooting were closed.

Several Frederick County Public Schools were “briefly placed on lockout status,” the district said in a tweet. “All students and staff are safe. The lockout has been lifted,” FCPS officials said.

Frederick Community College sent out a lockdown alert and then issued an all clear. “There is no threat on FCC campus,” the school said in a tweet.

Frederick Mayor Michael O’Connor said the base is a huge economic driver in the region, drawing scientists, military personnel and their families to the community. O'Connor noted that various defense contractors are based near Fort Detrick and it wouldn't be unusual for a member of the military to be off base and working with a private firm that does business with the U.S. government.

“When these incidents happen in other places, you’re always grateful that it’s not your community,” O’Connor added. “But you always know, perhaps in the back of your mind, that that’s just luck — that there isn’t any reason why it couldn’t happen here. And today it did.”

By early afternoon, the Nallin Farm gate at Fort Detrick through which the shooter entered remained closed and two officers were standing by.

Mark Nelson, a firefighter who lives in a row of townhomes across the street from the base, said he heard the base blast warning sirens Tuesday morning.

“I heard, I don’t know what they call it, but they were like air raid sirens, and I knew something was going on,” Nelson said.

“It’s happening too frequently," he said. "Every time we turn on the TV we’re seeing something like this happening. And now it’s happening in our backyards.”

Editor's Note: This story has been updated to reflect the suspect was shot by Fort Detrick police, according to local law enforcement.