A plan to build two dozen "super bus stops" in Arlington was halted after the first one cost $1 million. That was last spring -- but the outrage lives on.

The bus stop was recently ranked No. 9 on conservative think tank The Heritage Foundation's Top 10 Examples of Government Waste in 2013.

"A lavish bus stop with heated pavement was built in Arlington, VA, but it has failed to keep commuters warm or dry," notes the foundation's blog.

The bus stop -- located near the intersection of Columbia Pike and Walter Reed Drive -- took 18 months to build, and was criticized not just for its cost, but also its roof design, which didn't protect commuters from the elements.

The county put the brakes on future stops, at least for now, and is running an assessment that includes public outreach to determine the future of the Super Stop system. It should be completed early this year.

"...I've heard the community's concerns about its design and cost," said Arlington County Manager Barbara Donnellan in a statement back in March. "I have asked staff to pause the program while we look for ways to improve the design and reduce costs of future Super Stops."

The costly bus stop, though, may sound dazzingly mundane when compared to some of the other items on the Heritage Foundation's top 10 list. Consider, for example, a $124,995 grant to make pizza from 3D printers; a $10,000 grant for energy employees to perform a dance atop utility poles, and $5 million worth of "exquisite" crystal for the State Department. 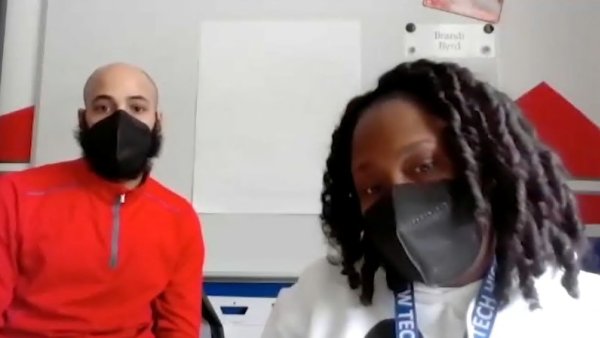