It wouldn't be the NHL playoffs without a little controversy, and through the first two games there are plenty of arguments from both sides.

Should the NHL have followed its own rulebook and suspended Evgeni Malkin for his late-game instigator penalty in Game 2? Is Detroit getting away with too much interference? Can a penguin out-swim an octopus?

Henrik Zetterberg's actions within the Detroit Red Wings' crease have been a hot topic in Pittsburgh after two games; and once again, the handy NHL rulebook is being researched and referenced to prove arguments that two key calls were missed for the Penguins. 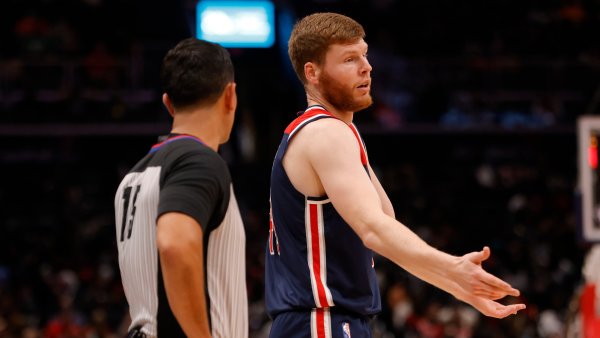 The calls in question hail from said bylaw in the NHL rulebook:

"67.4 Penalty Shot - If a player, except a goalkeeper, while play is in progress, falls on the puck, holds the puck, picks up the puck, or gathers the puck into his body or hands from the ice in the goal crease area, the play shall be stopped immediately and a penalty shot shall be awarded to the non-offending team."

After the game, TSN's Darren Dreger received the official ruling on why no penalty shot was called:

"Devorski was there at ice level, and according to the director of officiating Stephen Walkom, he's assuming that the interpretation was that Zetterberg was simply trying to bat the puck off of Chris Osgood's back.

"One thing to remember though is that the crease extends upwards, so if Zetterberg did cover the puck with his glove, then a penalty shot should have been called. It was an interpretation call, and Devorski thought that Zetterberg was trying to bat the puck, not cover it."

The videos shows Zetterberg covering the puck with his glove for a second and then moving it forward in a motion to get it off Osgood's back. As the rule states, a call is typically made "immediately" when that situation occurs.

Yet another case of interpreting the hieroglyphics known as the NHL rulebook.

The question here wasn't just if Zetterberg covered the puck in the crease, but if the puck actually crossed the goal line completely. From the multiple angles shown, it was impossible to determine whether it was a goal or not; but as you saw, Zetterberg was laying on the goal line in a fetal-like position.

From the above camera angle, it looked like Zetterberg stopped the puck on the goal line and then he laid above it -- not physically on top of it with his body or glove -- and then the whistle blew.

Keep in mind as well that the view referee Bill McCreary had from behind the cage was one that wouldn't have allowed him to see anything clearly in the middle the ensuing pile-on.

While some Pittsburghers don't believe a comeback is in the cards, it was a victory in Game 3 a year ago at Mellon Arena that put the Pittsburgh Penguins back in the series, albeit a short while. Like in the series against the Washington Capitals in the Eastern Conference semifinal, two games at home could be the tonic that Pittsburgh needs to make this a series again.

Of course, this is Detroit we're talking about, and the Penguins will need a few of the fortunate bounces that have gone the Red Wings' way to shift to their side if they want to extend this thing past Game 4 on Thursday night.