Barring an unforeseen Taylor Heinicke ascension over the next two months, the Washington Football Team will end the 2021 season in a similar situation to one it has been in for the better part of the past three decades: without a franchise quarterback.

Ron Rivera has been on both ends of the spectrum. In Carolina, the head coach had Cam Newton under center for nine seasons. Newton led Carolina to four NFC South titles and a Super Bowl appearance in 2015, the same year he won league MVP. 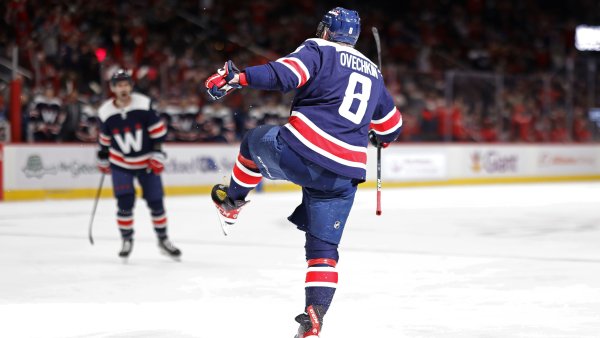 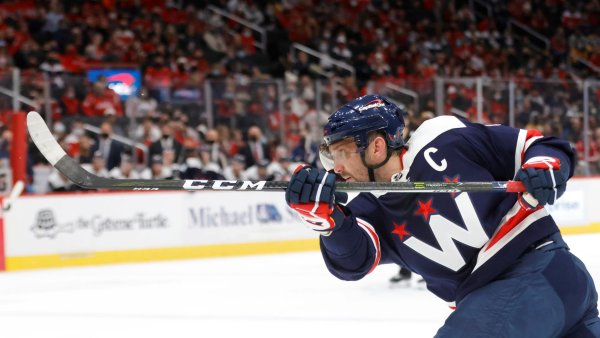 Bruce Boudreau: Alex Ovechkin Will Play “Until He Does Break” NHL Goals Record

But since Rivera took over as Washington's boss last winter, he's seen his team trot out five different quarterbacks in two dozen games. That's not a recipe for success at the sport's highest level.

Rivera understands first-hand how important having a franchise quarterback is. The head coach joined 106.7 The Fan's Sports Junkies on Tuesday and shared the team is "constantly" looking to find that star signal-caller.

Although the 2022 NFL Draft is expected to be a weak quarterback class compared to the past couple of seasons, Rivera and his staff are doing plenty of due diligence on the group. Every week, the head coach receives a rundown of how the top quarterbacks in all of college football performed.

Last week, as Tua Tagovailoa trade rumors swirled, reports surfaced that Washington was interested in the Dolphins quarterback partially because the franchise isn't sold on the 2022 draft class. Rivera was asked his opinion on those reports and said he hopes they continue to come out, even though they aren't true.

"That's great. I hope everybody keeps reporting that," Rivera said. "Then everybody will think 'well, they don't need a franchise quarterback, so they won't worry about it in the draft.' ... There are [college] quarterbacks we like, there are quarterbacks in the NFL we like. Again, you have to go through this process."

In the 2021 NFL Draft, Washington had the chance to move up in the first round and select a quarterback. But while Rivera and his staff were high on a few of the draft class' top quarterbacks, the head coach ultimately felt they couldn't mortgage the team's future by parting with assets and future draft capital to move up.

"When we were looking at the draft last year, there were a couple of guys we really liked and people wanted us to mortgage the future. We just felt we couldn't do it at this point. If you mortgage the future but you don't have anybody around him to protect him, then what the heck?" Rivera said.

Although Rivera certainly understands the benefits that come with having a franchise quarterback, the head coach made it clear that his goal while Washington doesn't have one is to build the team at other positions.

"One thing I've talked about the past year and a half is that if we [can't] get the franchise quarterback, what we'd try to do is put playmakers around him, put guys around him that we believe could protect him," he said. "That way when we feel we have found our guy, we've got the right situation for him to come into. ... What we're trying to do is put all those pieces in place so that when we do find a franchise guy, he's ready to roll."

Rivera mentioned Washington's moves this past year -- extending Chase Roullier and Logan Thomas, signing Charles Leno and Curtis Samuel, drafting Sam Cosmi and trading for Ereck Flowers -- as transactions the team made with the hope of building the roster at key positions that aren't the quarterback.

Additionally, the head coach said the team hopes to come to an agreement with All-Pro Brandon Scherff, as well as sign Terry McLaurin to a long-term extension down the road, as moves to keep his core players in Washington.

Yet, Rivera knows as well as anyone that it will be difficult for Washington to compete with the league's top teams without a franchise quarterback. He understands how high of a priority finding a franchise signal-caller is.