When Lamar Jackson was asked about a rivalry between Washington and Baltimore, he wasn’t able to come up with an answer

Lamar Jackson arrived in Baltimore in the spring of 2018 and since has had to field questions of just about every nature.

When he entered the league, he shot down questions about a position change. His team has, in back-to-back years, fallen flat in their first home playoff game with Jackson as the starter. He’s also won the league’s MVP award and has been one of the league’s best players over his last 20 or so starts, meaning Jackson has rode the media wave that comes with it.

Yet when asked about a rivalry between Washington and Baltimore, the typically humorous Jackson wasn’t able to come up with an answer.

The Ravens are set to head to FedEx Field to face the Washington Football Team on Sunday in what many in the region have deemed a rivalry in some way, shape or form.

Sunday will be the seventh all-time game between the Ravens and Washington Football Team. Those annual preseason games don't count for anyone except the players fighting for roster spots. These real games happen only once every four years due to the NFL’s scheduling process. Surprisingly, the series is even 3-3 despite the Ravens being a model NFL franchise for 20 years while Washington, to put it lightly, has not been one.

On the field, a rivalry can't develop if it takes place as often as a presidential election. The two teams play in different conferences reducing the biggest matchup possible to a Super Bowl bout. And if you’ve followed Washington over the last three decades, that’s about as likely as winning the lottery.

You won't find a more unique sports market in the country than the corridor between Baltimore and Washington. This is not New York or Chicago where it's one town with varying allegiances to multiple teams. It's also not the Bay Area, which does have split loyalties in baseball and football, but still considers itself one region. The Warriors played in Oakland for over 50 years and unite the same folks who root for the 49ers (or the now-Las Vegas Raiders) and the Giants (or the Athletics).

Here, it's even more complicated. Most agree there’s some rivalry off the field. The fanbases intertwine in odd patterns. Ravens and Washington football fans want nothing to do with each other, yet Baltimore sells plenty of tickets in D.C.-adjacent Montgomery County and in the Baltimore-Washington Parkway borderlands of Howard and Anne Arundel counties. Good luck finding out who identifies with which city in those places. 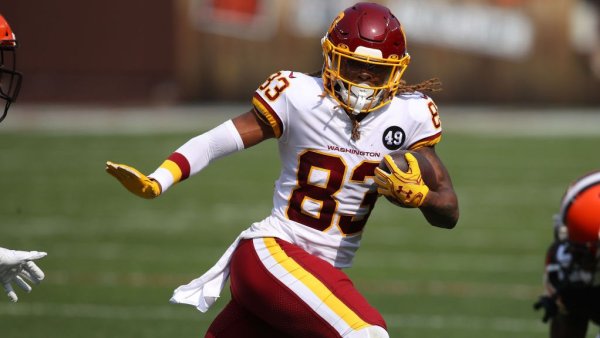 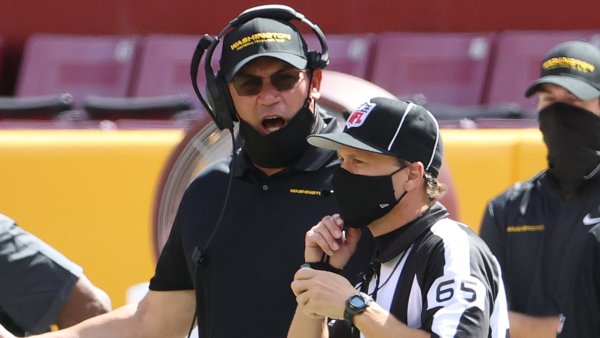 Ron Rivera on His Cancer Treatment: ‘It's Been Very Disruptive'

But while D.C. and Baltimore have distinct identities, football is the only sport where that distinction is stark. Without a basketball or hockey team, Baltimoreans routinely root for the Capitals or the Wizards. On the night the Capitals won the Stanley Cup in 2018, Baltimore ranked third in the country (behind Vegas and Washington D.C.) in television ratings for the game.

M&T Bank Stadium turned its lights red during the Capitals' run for the Cup. The year before, as Washington's hockey team played Toronto in the first round of the playoffs, the Orioles were in Toronto to play the Blue Jays. Then-Baltimore manager Buck Showalter donned a Capitals sweater and players tweeted their support. Then they did it again during the Cup run in 2018. That's not exactly a sign of two cities entrenched in a bitter rivalry.

Maybe there are still Baltimore fans who harbor ill will for Abe Pollin moving the Bullets to suburban D.C. in the early '70s. Wes Unseld began his career in Baltimore, after all. But that was also almost 48 years ago now. Betting a dynamic Wizards team would get similar support from Baltimore that the Capitals do if they ever start winning games consistently.

The most real part of any rivalry between the two cities exists between fans of the Orioles and Nationals. But even that's not simple. Major League Baseball abandoned the District in 1971, shafting it for the second time in a decade. RFK Stadium sat empty save for football Sundays, where it became one of the best home-field advantages in the sport.

But without baseball for 33 years -- and no realistic thought a team would come back - fans in Washington and its immediate suburbs turned to the Orioles. It was only 40 miles from Bethesda to old Memorial Stadium, where Baltimore built a juggernaut with World Series titles in 1966, 1970 and 1983 and almost added two more losing Games 7s in 1971 and 1979.

Even after the winning ended, Cal Ripken became an icon throughout the region. Jon Miller's broadcast aired every night on Washington's powerhouse news station WTOP. Every home game was broadcast on HTS, the predecessor to this very network. The Washington Post had some of its best writers covering the team.

Then Camden Yards opened and it was even easier for Washingtonians to go to games. It is just 35 miles from RFK to Oriole Park. From 1973 to 2009 "Baltimore" didn't appear on the Orioles' road jerseys to market them as a "regional" team. It worked. Until the Nationals arrived in 2005.

Suddenly, attending a baseball game from anywhere in Virginia was much easier. You only had to go to RFK and later National Park. Fans had the option of abandoning the Orioles or holding tight. Some did. You still hear an audible "O" cheer during the national anthem at Capitals games. Others embraced a baseball team back in Washington.

The reality for baseball in the region, however, is that the majority of the bickering happens between billionaire owners and not fans. Sure, some Orioles fans would’ve rather had a lobotomy than face the prospect of a D.C. baseball team hoisting a World Series trophy last fall. But many simply didn’t care.

Battles for marketing space and ever-lasting territorial rights due aren't as good as intense, meaningful games on the field. And in that area, Major League Baseball falls short. The Orioles and Nationals' fan bases might be intertwined, but if a real rivalry is going to sprout, games on the field must matter at least in some way. For now, you can just ignore the other team. If anything, the short "road trip" to the other ballpark once a year is a nice change of scenery. You need more than six games a year. You need competition for playoff spots.

Washington Football Team fans surely wouldn’t list the Ravens as a bigger rival than any team in the NFC East. No one with a brain in Baltimore would rather beat Washington than New England or Pittsburgh. The Yankees and Red Sox matter much more to Orioles fans than Juan Soto does. The same goes for Nationals fans who would rather beat the Braves or Phillies or Mets.

In other words, it’s not a big deal. Which is why Jackson, when asked about a Washington-Baltimore rivalry, had no answer. But only a year ago, when the Ravens went to Pittsburgh for the first time with Jackson as a starter, there was genuine excitement.

“I know it’s going to be crazy,” Jackson said at the time. “You know the Steelers Nation is going to be pumped for the game. We’re going to have our Flock Nation in the building. It’s going to be a good rival game. I’m ready.”

Maybe one day Jackson will have a similar answer for a game against Washington. Maybe one day the Orioles and Nationals will be in the same league and have 19 games a year instead of six. Maybe one day, the Capitals will be scorned in Baltimore. not cheered. But that's not how things are right now in the most unique sports region in the country.