Stephen Strasburg’s season is over. 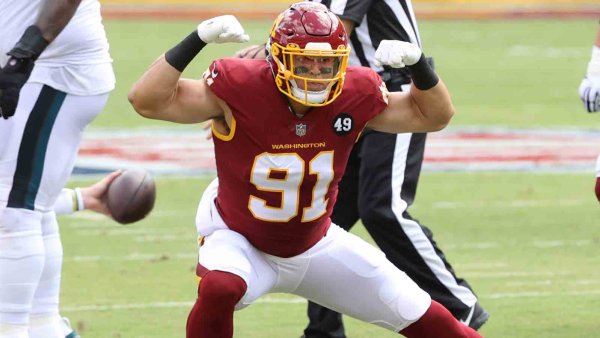 Washington to Open 2021 NFL Season With Home Matchup Vs. Chargers

“Hopefully surgery goes well,” Martinez said. “The biggest thing is that surgery relieves anything he has and he’s able to rehab and come back strong next spring training. Long-term goal, that’s what we’re hoping for.”

The 32-year-old pitcher signed a seven-year, $245 million contract with Washington during the offseason. He was 0-1 with a 10.80 ERA in two starts in 2020. Strasburg was scratched from his first two scheduled starts, and left his Aug. 14 start after only two-thirds of an inning.

“He took a shot; obviously it didn’t work,” Martinez said. “He probably could have taken another shot but we just needed to get it fixed. We don’t want to prolong anything.”

The move allowed Washington to add right-hander Wil Crowe to the 40-man roster. Crowe, a second-round pick in the 2017 draft, will make his major league debut by starting the second game of the Nationals’ doubleheader on Saturday against the Miami Marlins. Crowe will serve as Washington’s 29th man.