American Women Hide US Soccer Logo During Anthem in Protest

Players filed a gender discrimination suit against the USSF last year, a case scheduled for trial starting May 5 in federal court in Los Angeles

The increasingly bitter dispute between American women's national soccer team and the U.S. Soccer Federation spilled onto the field Wednesday night when players wore their warm-up jerseys inside out in a protest before their 3-1 victory over Japan.

Players filed a gender discrimination suit against the USSF last year, a case scheduled for trial starting May 5 in federal court in Los Angeles. The USSF submitted legal papers this week claiming that the women are less skilled and have less-demanding roles than the men on its national team.

By wearing their jerseys inside out for the national anthems and team photo, players hid the USSF crest on the jerseys but allowed the four stars — one for each World Cup title — to be visible. 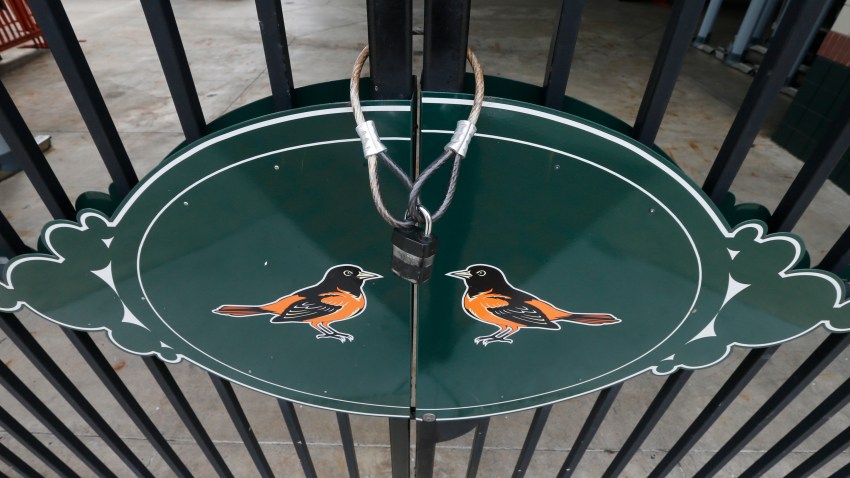 "We just decided today as a group, and everybody was on board with it," said forward Carli Lloyd, a two-time FIFA Player of the Year. "And I think it just was a powerful message, without having to really send a message. I'm really proud of this group because this is not an easy thing. Like I said, we don't want to be in this position, but we're here and it's just got to be better."

The victory gave the U.S. the title in the SheBelieves Cup, a prep tournament for this year's Olympics. Late in the second half, USSF president Carlos Cordeiro issued an apology and announced a shakeup to the federation's legal team.

"On behalf of U.S. Soccer, I sincerely apologize for the offense and pain caused by language in this week's court filing, which did not reflect the values of our federation or our tremendous admiration of our women's national team," Cordeiro said in a statement. "Our WNT players are incredibly talented and work tirelessly, as they have demonstrated time and again from their Olympic gold medals to their World Cup titles."

Cordeiro said the USSF asked Latham & Watkins "to join and guide our legal strategy going forward." Seyfarth Shaw had been representing the federation; Latham is the firm where former USSF president Alan Rothenberg is a retired partner.

"I have made it clear to our legal team that even as we debate facts and figures in the course of this case, we must do so with the utmost respect not only for our women's national team players but for all female athletes around the world," Cordeiro said.

Lloyd said she couldn't comment on the apology, but said the team was united.

"I think it's just very unfortunate timing. All of it. Obviously, this is a very, very tough situation that we as players are in, and it's not something that we want to be public about, you know? But at the end of the day, I think that we all stand united as a team,” Lloyd said. "I can't comment, I didn't fully read the statement that was put out, yet. I literally just came out a locker room in here. So, I'll take some time to read it. But I think a lot of it has been unacceptable, what's gone on. We just want to continue to keep making things better. We've obviously proven it on the field, and that's ultimately our job first and foremost. But it's our job as well to keep pushing and making things better."

The Coca-Cola Co., a longtime sponsor of the team, issued a statement this week saying it it found legal the arguments "unacceptable and offensive." The team's supporters' group, the American Outlaws, also criticized the federation.

Following the protest, many of the team's fans on Twitter changed their profile pictures to a blank crest with four stars.

In the documents filed Monday, the USSF maintained: "A reasonable juror could conclude that the job of MNT player requires materially different skill and more responsibility than plaintiffs’ job does, while also taking place under materially different working conditions."

Molly Levinson, a spokeswoman for the players in the lawsuit, called the assertion sexist.

The women are seeking more than $66 million in damages under the Equal Pay Act and the Civil Rights Act of 1964, and a trial is scheduled for May 5.

Megan Rapinoe, Christen Press and Lindsey Horan scored for the U.S., which extended its unbeaten streak to 31 matches. In the doubleheader opener, Spain defeated England 1-0.

Rapinoe scored on a free kick in the seventh minute, and Press extended the lead with a chip shot from atop the penalty in the 26th minute. Press has scored in nine of 10 games since Vlatko Andonovski replaced Jill Ellis as coach after last year's World Cup title.

After Mana Iwabuchi cut the deficit in 58th minute, Horan scored on a header in the 83rd.