The war is turning “the breadbasket of the world to breadlines” for millions of its people, while devastating countries like Egypt that normally gets 85% of its grain from Ukraine and Lebanon that got 81% in 2020

The U.N. food chief warned Tuesday the war in Ukraine has created “a catastrophe on top of a catastrophe” and will have a global impact “beyond anything we’ve seen since World War II" because many of the Ukrainian farmers who produce a significant amount of the world’s wheat are now fighting Russians.

His agency was feeding 125 million people around the world before Russia’s invasion of Ukraine on Feb. 24, and Beasley said it has had to start cutting their rations because of rising food, fuel and shipping costs. He pointed to war-torn Yemen where 8 million people just had their food allotment cut 50%, “and now we’re looking at going to zero rations.”

The war in Ukraine is turning “the breadbasket of the world to breadlines” for millions of its people, while devastating countries like Egypt that normally gets 85% of its grain from Ukraine and Lebanon that got 81% in 2020, Beasley said.

Ukraine and Russia produce 30% of the world's wheat supply, 20% of its corn and 75%-80% of the sunflower seed oil. The World Food Program buys 50% of its grain from Ukraine, he said.

The war is going to increase the agency's monthly expenses by $71 million because of rising food, fuel and shipping costs, he said. That will total $850 million for a year and mean that there will be “4 million less people we’ll be able to reach.” 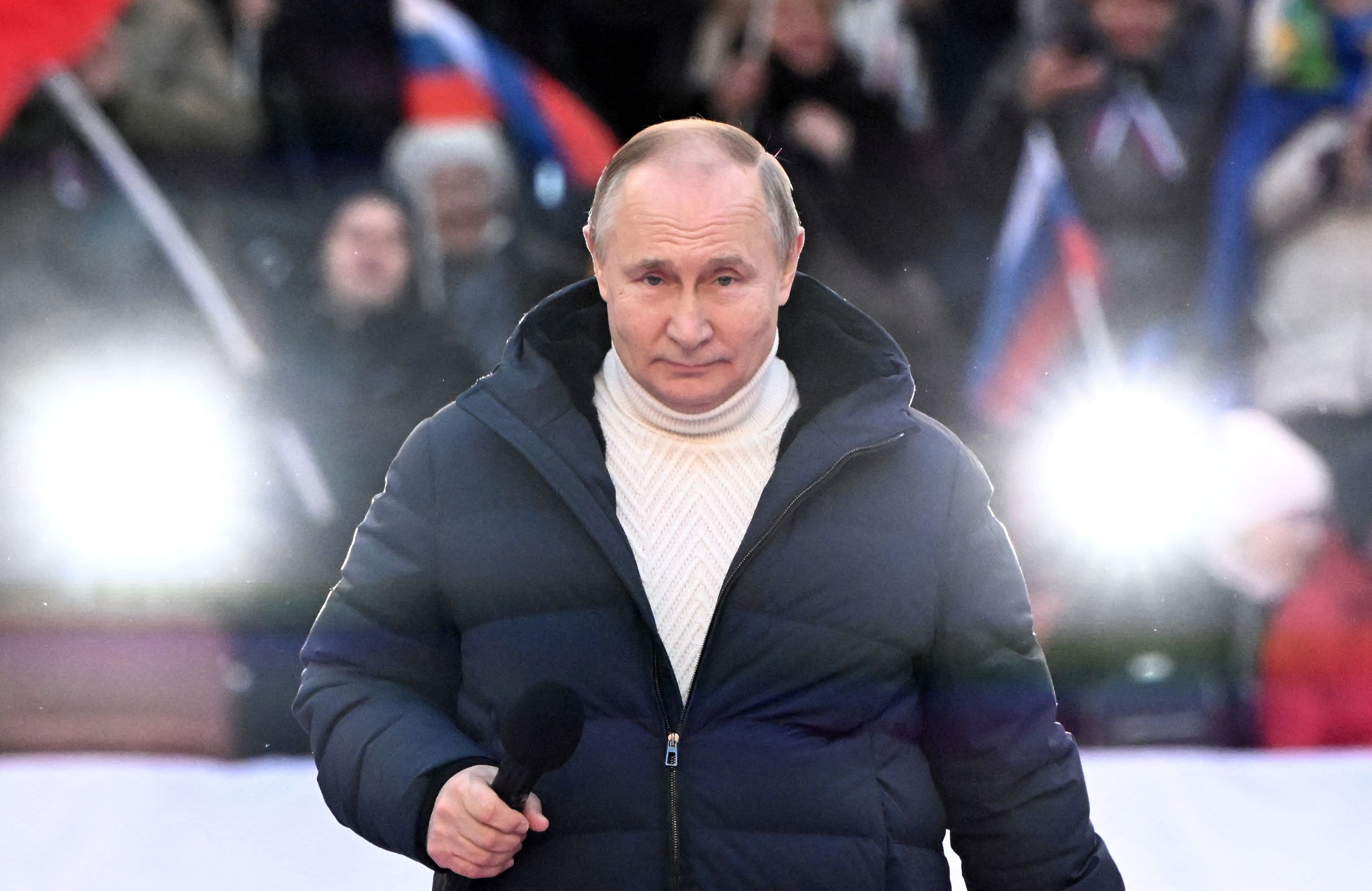 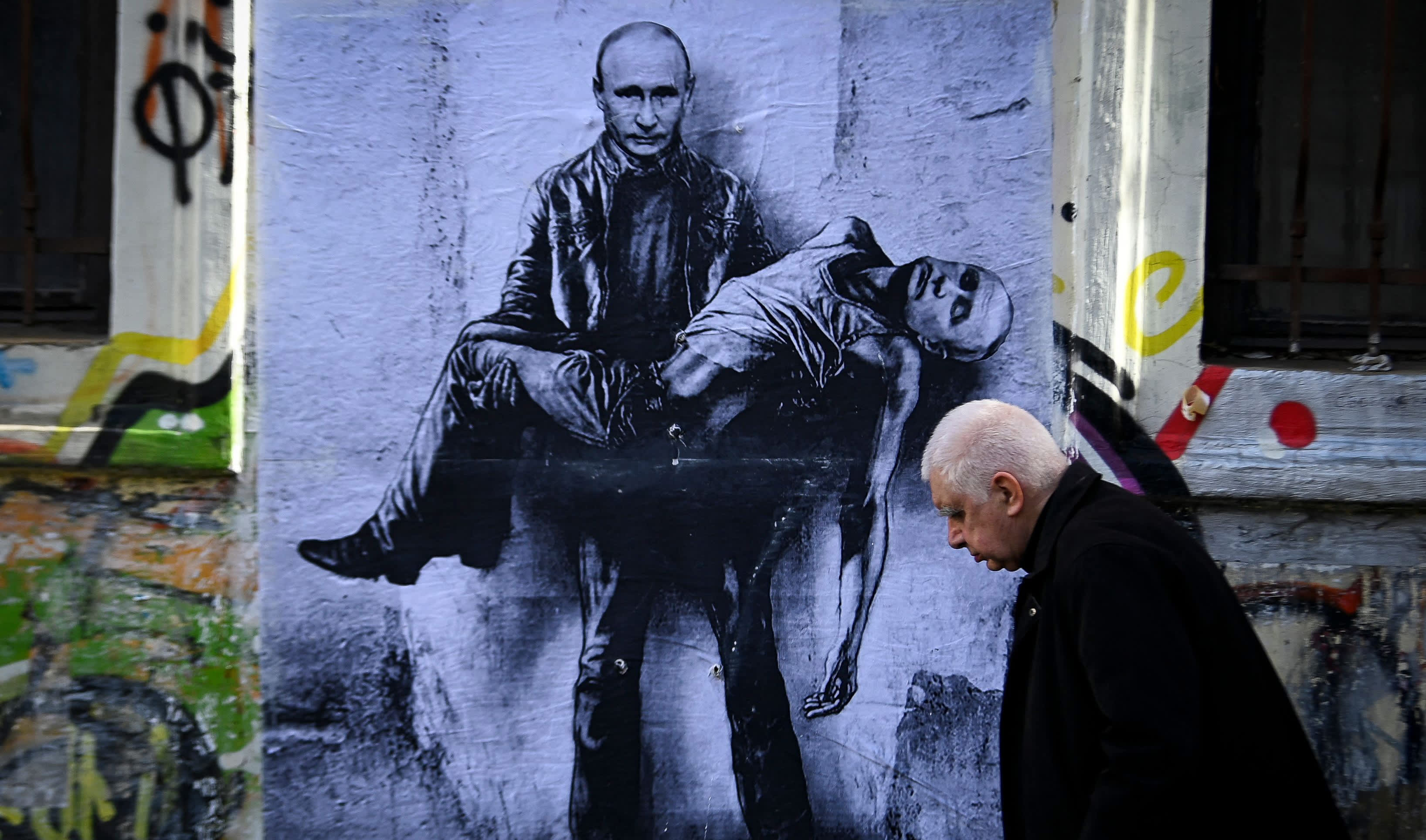 The Art of War: Artists Around the World Leave Their Mark in Support of Ukraine

Beasley said the World Food Program is reaching about a million people inside Ukraine with food now, and will reach 2.5 million over the next four weeks, 4 million by the end of May and hopefully 6 million by the end of June. The price tag is about $500 million for the first three months and “we are short by about $300 million so we’re going to need to step up,” he said.

Beasley warned that focusing on Ukraine should not lead the international community to neglect of Africa, especially the Sahel, and the Middle East, because “otherwise, you’ll have massive migration” coming to all parts of Europe.

“If we end the conflict, address the needs, we can avoid famine, destabilization of nations and mass migration,” he said. “But if we don’t, the world will pay a mighty price and the last thing we want to do as the World Food Program is taking food from hungry children to give to starving children.”

“Russia has bombed at least three civilian ships carrying goods from Black Sea ports to the rest of the world, including one chartered by an agribusiness company,” she said. “The Russian navy is blocking access to Ukraine’s ports, essentially cutting off exports of grain.”

Russian nuclear forces have been on high alert during the war with Ukraine, though experts agree the threat of nuclear weapons actually being used remains low. If Russia were to use nuclear weapons at all, the most likely usage would be a smaller "tactical" bomb that would impact a battlefield or military installation. NBCLX storyteller Clark Fouraker speaks with Sarah Bidgood from the James Martin Center for Nonproliferation Studies.

“They are reportedly preventing approximately 94 ships carrying food for the world market from reaching the Mediterranean,” Sherman said, adding that many shipping companies are hesitating to send vessels into the Black Sea, even to Russian ports.

As Russia “chokes off Ukrainian exports,” food prices are skyrocketing, with wheat prices rising between 20% and 50% so far this year, she said.

“We are particularly concerned about countries like Lebanon, Pakistan, Libya, Tunisia, Yemen and Morocco which rely heavily on Ukrainian imports to feed their population,” Sherman said.

Russia’s U.N. ambassador, Vassily Nebenzia, retorted that the Russian military is “posing no threat to the freedom of civilian navigation.” He said that Russia has set up an 80 nautical-mile-long humanitarian corridor to allow foreign vessels to leave Ukrainian ports and that it is organizing humanitarian corridors every day within Ukraine to Russia and the West.

“The real reasons why the global food market is facing serious turbulence are by no means in the actions of Russia, (but) rather in the unbridled sanctions hysteria that the West has unleashed against Russia without considering the population of the so-called Global South nor of its own citizens,” Nebenzia said.

Katie Schroeder's grandma was a child in Maxéville, France during World War II, and lived in constant fear of the Nazi army. Now she is being careful about her news intake, as images of the war in Ukraine can trigger intense memories from eight decades past. Katie, our social media intern, joined LX News to talk more about her recent article.

Lifting sanctions is the only way to ensure uninterrupted shipments and stabilize international agricultural and food markets, he said.

Sherman countered: “Sanctions aren’t preventing grain from leaving Ukraine’s ports. Putin’s war is. And Russia’s own food and agricultural exports are not under sanction by the U.S. or by our allies and partners.”

France and Mexico called for the council meeting to follow up on the General Assembly’s adoption of a humanitarian resolution on Ukraine that they initiated that was adopted overwhelmingly Thursday by a vote of 140-5, with 38 abstentions. It demanded an immediate cessation of hostilities, protection of civilians and infrastructure essential for their survival, and unimpeded access to deliver desperately needed aid. French Ambassador Nicolas De Riviere told the Security Council, which has not passed a Ukraine resolution because of Russia's veto power, that “it is Russia’s unjustified and unjustifiable war that is preventing Ukraine from exporting grain, disrupting global supply chains, and driving up prices that threaten the accessibility of agricultural commodities for the most vulnerable.”

Russia’s aggression against Ukraine increases the risk of famine in the world,” he warned. “People in developing countries are first to be affected.”