On Monday, Princess Cruises confirmed an additional 66 cases of the flu-like virus, bringing the total number of people infected to 136

A California passenger aboard the Diamond Princess told CNBC on Monday it “can be a little bit depressing” when thinking about how much longer he and his wife must remain on the quarantined cruise ship: likely nine more days.

Matthew Smith, 57, told CNBC’s “Squawk Box” he is “maintaining his confidence” that he and his wife, Katherine, will not test positive for the new coronavirus and be able to go home after the two-week mandatory quarantine on the cruise ship ends.

“Imagine being trapped in your bathroom,” said Smith, explaining what life is like for some passengers over the last few days.

The Diamond Princess cruise ship, which is operated by Carnival’s Princess Cruises, is carrying about 3,700 passengers and crew at the port of Yokohama, south of Tokyo. The company announced last week that it was quarantining the ship for two weeks after a previous guest, who didn’t have any symptoms while aboard the ship, tested positive for the coronavirus.

On Monday, Princess Cruises confirmed an additional 66 cases of the flu-like virus, bringing the total number of people infected to 136.

Coronaviruses are a large family of viruses that usually infect animals but can sometimes evolve and spread to humans. Symptoms in humans include fever, coughing and shortness of breath, which can progress to pneumonia.

Since emerging in Wuhan in central China about a month ago, the virus has spread from about 300 people as of Jan. 21 to more than 40,000 — with the number of new cases growing by the thousands every day.

Princess Cruises said the quarantine end date remains at Feb. 19, “unless there are any unforeseen developments.” 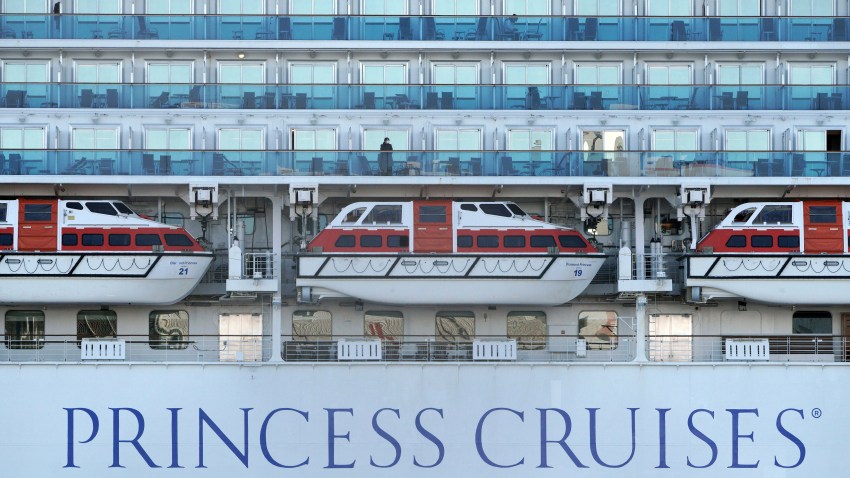 More Businesses Reopen in China, But Many People Stay Home 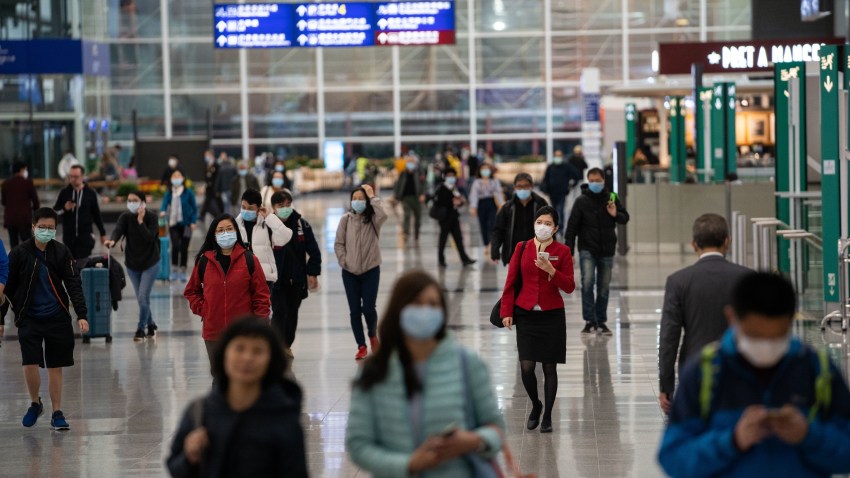 Where Did They Go? Millions Left City Before Quarantine

Smith, who is from Sacramento, said the crew is handling quarantine “very well.”

“I give Princess and the captain of this vessel an A plus-plus on their response on this,” he said. “They faced a situation that I expect they had no plans for.”

Smith, who is confined in a suite, said the ship’s crew comes by at least three times a day for meals. Sometimes they deliver medication, bottled water and fresh towels, he said.

“We have been more comfortable than most on board,” he said. “We have nothing but huge sympathy for” the other passengers.