The investigation uncovered broad government, military and law enforcement missteps before the violent attack, including a breakdown within multiple intelligence agencies

A Senate investigation of the Jan. 6 insurrection at the U.S. Capitol found a broad intelligence breakdown across multiple agencies, along with widespread law enforcement and military failures that led to the violent attack.

There were clear warnings and tips that supporters of former President Donald Trump, including right-wing extremist groups, were planning to “storm the Capitol” with weapons and possibly infiltrate the tunnel system underneath the building. But that intelligence never made it up to top leadership.

The result was chaos. A Senate report released Tuesday details how officers on the front lines suffered chemical burns, brain injuries and broken bones, among other injuries, after fighting the attackers, who quickly overwhelmed them and broke into the building. Officers told the Senate investigators they were left with no leadership or direction when command systems broke down.

The Senate report is the first — and could be the last — bipartisan review of how hundreds of Trump supporters were able to push violently past security lines and break into the Capitol that day, interrupting the certification of Joe Biden’s presidential election victory. The failures detailed in the report highlighted how, almost 20 years after the Sept. 11 attacks, U.S. intelligence agencies are still beset by a fundamental issue: a failure of imagination.

The report recommends immediate changes to give the Capitol Police chief more authority, to provide better planning and equipment for law enforcement and to streamline intelligence gathering among federal agencies.

But as a bipartisan effort, the report does not delve into the root causes of the attack, including Trump's role as he called for his supporters to “fight like hell” to overturn his election defeat that day. It does not call the attack an insurrection, even though it was. And it comes two weeks after Republicans blocked a bipartisan, independent commission that would investigate the insurrection more broadly.

“This report is important in the fact that it allows us to make some immediate improvements to the security situation here in the Capitol,” said Democratic Sen. Gary Peters of Michigan, the chair of the Homeland Security and Governmental Affairs Committee, which conducted the probe along with the Senate Rules Committee. “But it does not answer some of the bigger questions that we need to face, quite frankly, as a country and as a democracy.” 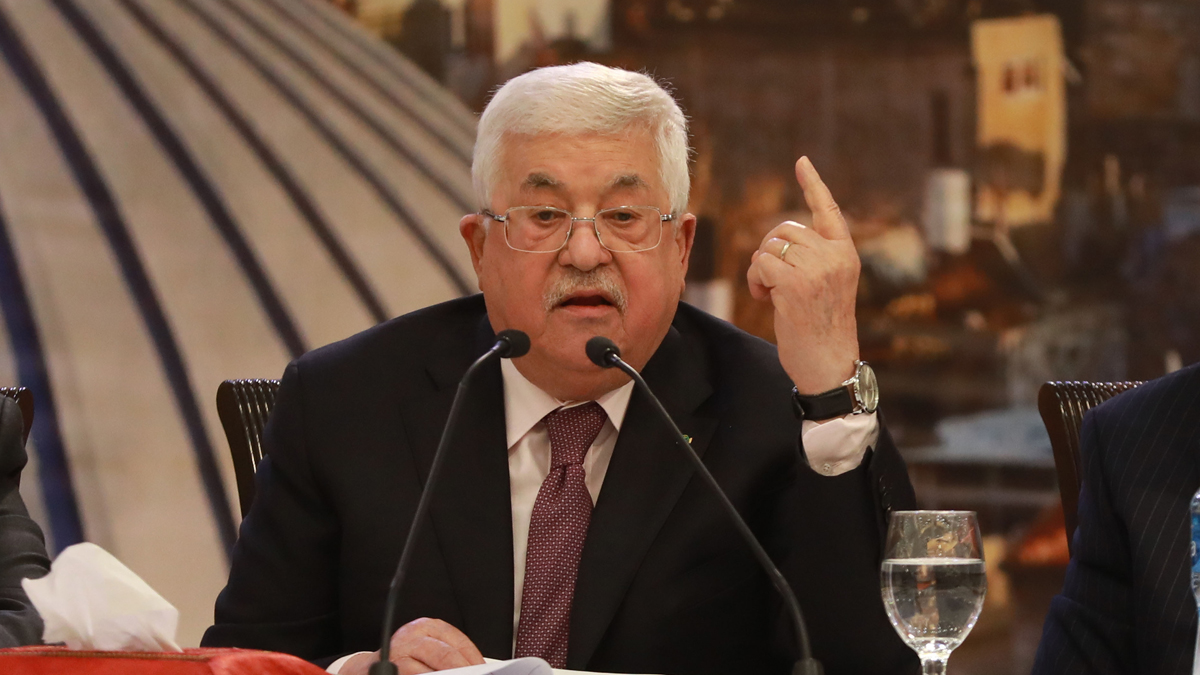 Senate Majority Leader Chuck Schumer said Tuesday that the findings show an even greater need for a bipartisan commission to investigate the root causes of the attack, referring to Trump’s unfounded claims about the 2020 election.

“As the ‘big lie’ continues to spread, as faith in our elections continues to decline, it is crucial — crucial — that we establish a trusted, independent record of what transpired,” said Schumer, D-N.Y.

But Senate Republican leader Mitch McConnell, who led the blockade against such a commission, said he’s confident the ongoing reviews by lawmakers and law enforcement will be sufficient.

The House in May passed legislation to create a commission that would be modeled after a panel that investigated the Sept. 11 attacks.

House Speaker Nancy Pelosi, D-Calif., told colleagues in a letter Tuesday that if the Senate fails to approve the commission, her chamber will launch its own investigations.

The top Republican on the rules panel, Missouri Sen. Roy Blunt, has opposed the commission, arguing that investigation would take too long. He said the recommendations made in the Senate can be implemented faster, such as legislation that he and Democratic Sen. Amy Klobuchar of Minnesota, the rules committee chair, intend to introduce soon that would give the chief of Capitol Police more authority to request assistance from the National Guard.

The Senate report recounts how the Guard was delayed for hours Jan. 6 as officials in multiple agencies took bureaucratic steps to release the troops. It details hours of calls between officials in the Capitol and the Pentagon and as the then-chief of the Capitol Police, Steven Sund, begged for help.

It finds that the Pentagon spent hours “mission planning” and seeking multiple layers of approvals as Capitol Police were being overwhelmed and brutally beaten by the attackers. It also says the Defense Department’s hesitant response was influenced by criticism of its heavy-handed response to protests in the summer of 2020 after the killing of George Floyd in police custody.

The senators are heavily critical of the Capitol Police Board, a three-member panel made up of the heads of security for the House and Senate and the Architect of the Capitol. The board now is required to approve requests by the police chief, even in urgent situations. The report recommends that its members “regularly review the policies and procedures” after senators found that the three board members on Jan. 6 did not understand their own authority and could not detail the statutory requirements for requesting National Guard assistance.

Two of the three board members, the House and Senate sergeants-at-arms, were pushed out in the days after the attack. Sund, the Capitol Police chief, resigned under pressure.

The report recommends a consolidated intelligence unit within the Capitol Police after widespread failures from multiple agencies that did not predict the attack even though insurrectionists were planning it openly on the internet.

The police intelligence unit “knew about social media posts calling for violence at the Capitol on January 6, including a plot to breach the Capitol, the online sharing of maps of the Capitol Complex’s tunnel systems, and other specific threats of violence,“ the report says, but agents did not properly inform leaders of everything they had found.

On Dec. 28, for example, the report notes that someone emailed a public Capitol Police account and warned about “countless tweets from Trump supporters saying they will be armed on January 6th” and “tweets from people organizing to ‘storm the Capitol.'" There were also internal warnings of an uptick in posts on various websites that showed maps of the Capitol, including its underground tunnels. But those specifics were never disseminated widely.

In a response to the report, the Capitol Police acknowledged the need for improvements and said some are already being made. “Law enforcement agencies across the country rely on intelligence, and the quality of that intelligence can mean the difference between life and death,” the statement said.

During the attack, the report says, Capitol Police were compromised by bad intelligence, poor planning, faulty equipment and a lack of leadership. The force’s incident command system “broke down during the attack,” leaving officers on the front lines without orders. There were no functional incident commanders, and some senior officers were fighting instead of giving orders. Capitol Police "leadership never took control of the radio system to communicate orders to front-line officers,” the investigation found.

The commanding general of the D.C. National Guard says military leaders at the Pentagon delayed deployment of his Guardsmen for three hours as Capitol Police begged for help when Trump supporters stormed the U.S. Capitol.

“I was horrified that NO deputy chief or above was on the radio or helping us,” one officer told the committee in an anonymous statement. “For hours the screams on the radio were horrific(,) the sights were unimaginable and there was a complete loss of control. ... For hours NO Chief or above took command and control. Officers were begging and pleading for help for medical triage.”

The acting chief, Yogananda Pittman, who replaced Sund after his resignation, told the committees that the lack of communication resulted from “incident commanders being overwhelmed and engaging with rioters, rather than issuing orders over the radio.”

The committee’s interviews with police officers detail “absolutely brutal” abuse from Trump’s supporters as they ran over them and broke into the building. The officers described hearing racial slurs and seeing Nazi salutes. One officer trying to evacuate the Senate said he had stopped several men in full tactical gear, one of whom said, “You better get out of our way, boy, or we’ll go through you to get (the senators).’”

The insurrectionists told police officers they would kill them, then members of Congress.

At the same time, the senators acknowledge the officers’ bravery, noting that one officer told them, “The officers inside all behaved admirably and heroically and, even outnumbered, went on the offensive and took the Capitol back.”