The video, taken from a balcony security camera, shows the Cessna 340 arcing in the sky and then plunging into the neighborhood in a burst of flames

New surveillance video captured the moment a small twin-engine plane fell from the sky and burst into flames after crashing into a densely populated San Diego suburb Monday, killing at least two people.

The video, taken from a balcony security camera, shows the Cessna 340 arcing in the sky and then nosediving into the Santee neighborhood before a cloud of smoke and fire erupts.

The plane's wings smashed into a UPS van, killing the driver, and the fuselage broke off and barreled toward homes. A cardiologist piloting the doomed plane was also killed and at least two people on the ground were hurt, including a woman who was helped out the window of a burning home by neighbors. 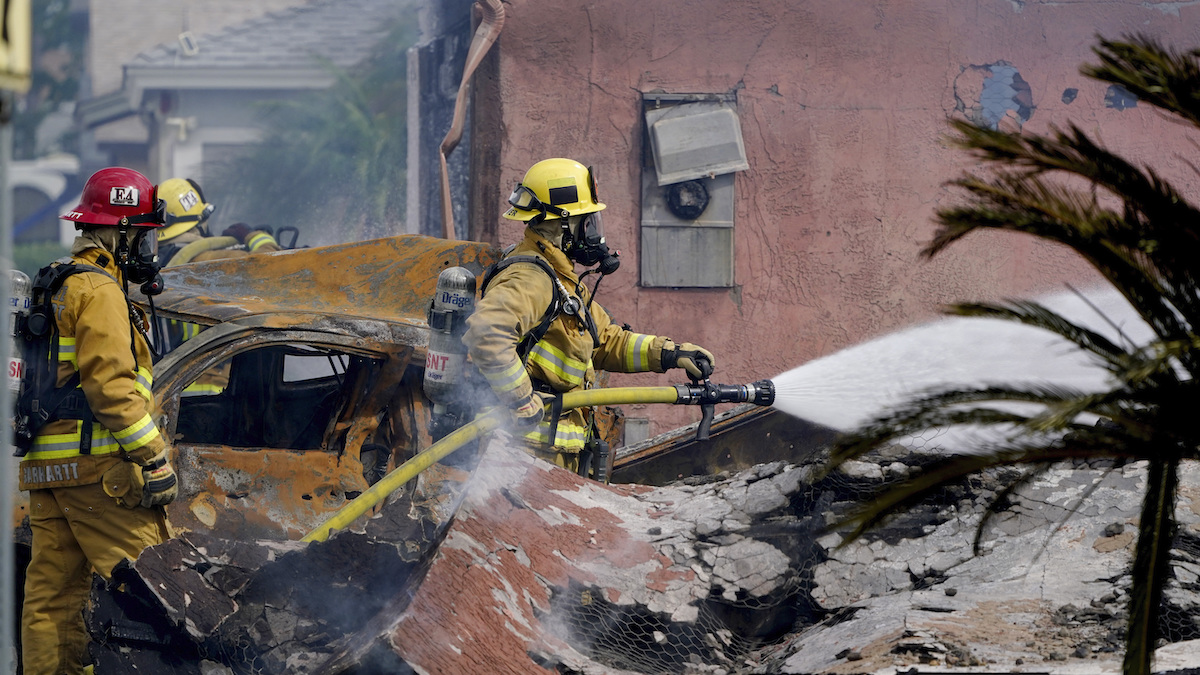 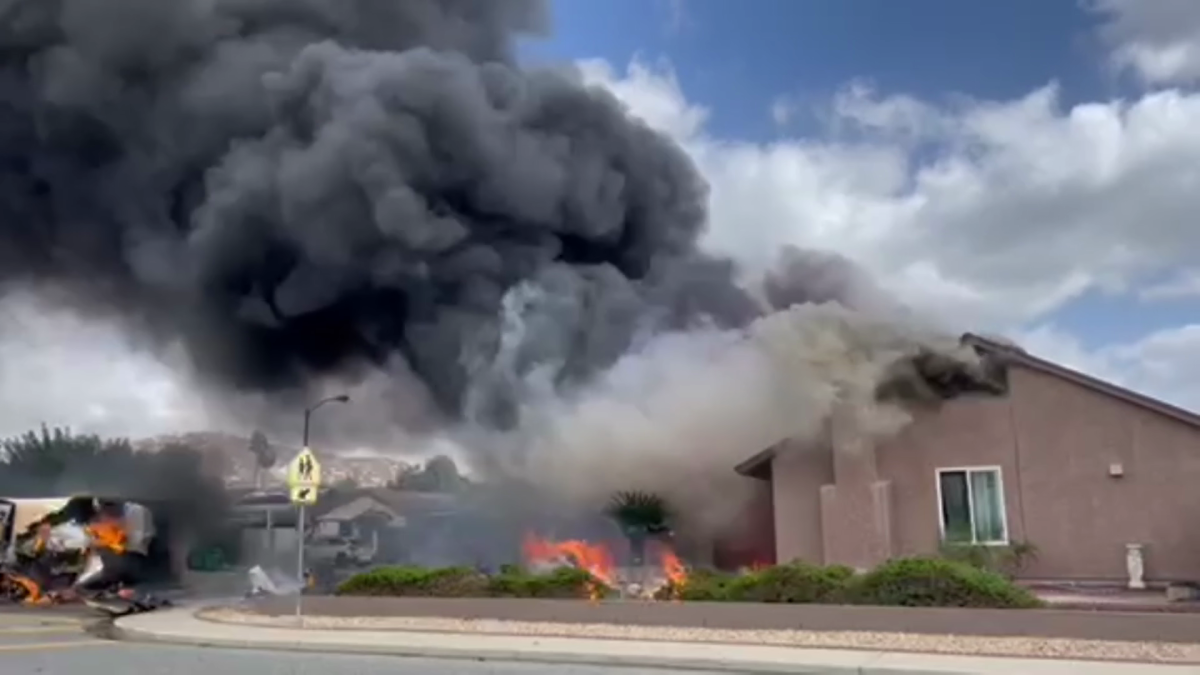 The plane was heading in to land at Montgomery-Gibbs Executive Airport in San Diego when it crashed. Shortly before, when the plane was about a half-mile from the runway, an air traffic controller alerted the pilot that the aircraft was too low.

The controller repeatedly urges the plane to climb to 5,000 feet, and when it remains at 1,500 feet warns: “You appear to be descending again, sir.”

Lili Patch, who lives a few blocks from the crash site, was about to have lunch with her husband when they heard an explosion.

"It felt like someone crashed into my garage," she said.

Patch told NBC San Diego it sounded like the aircraft was having mechanical issues, citing loud noises coming from the plane just before it crashed into the ground.

"You could hear the engine from a distance," Patch added.

The couple then checked their home security camera footage and realized the crash had been captured by their system. A camera positioned at the top of the driveway recorded the moment the plane dove toward the horizon.

"This is like the nightmare everybody worries about," Patch said.

The plane was owned by Dr. Sugata Das, a cardiologist at Yuma Regional Medical Center in Arizona, the hospital's chief medical officer said.

Das was a licensed pilot who lived in San Diego and commuted back and forth to Yuma.

The tragedy also claimed the life of a UPS driver who was in the neighborhood, the delivery company said. In a letter sent to employees, UPS identified the late driver as Steve Krueger, who worked for the company for 30 years.

“Our employees and Steve’s family need to know that he will always be remembered by his UPS family,” the delivery company said in its letter. It asked its workers to honor Krueger with a moment of silence at 12:14 p.m. Tuesday

A spokesperson for the company said one of its trucks was clipped by the plane and confirmed the driver inside had died at the crash scene.

“We are heartbroken by the loss of our employee and extend our deepest condolences to his family and friends," UPS said in a statement. "We also send our condolences for the other individuals who are involved in this incident, and their families and friends."

It was unclear how many people were aboard the plane, although fire officials say nobody aboard would have survived the crash.

An investigator from the National Transportation Safety Board was expected to arrive in Santee Tuesday.