More than 530,000 customers still don't have power in Louisiana, just under half of the peak when Ida struck eight days ago

Hundreds were evacuated Saturday and the city later said five people had died in the privately run buildings in the days after the storm. The coroner's office is investigating whether the deaths will be attributed to the hurricane, which struck land nine days before.

The managers of some of the homes for seniors evacuated out of state without making sure the residents would be safe after the storm, New Orleans City Council member Kristin Palmer said at a news conference.

The city is creating teams of workers from the health, safety and permits, code enforcement and other departments. Their first focus is to make sure the senior homes are safe and evacuate people if necessary, Cantrell said.

But after that, management will be held accountable, and the city will likely add requirements that include facilities having emergency agreements in place with contractors who will make sure generator power is available at the sites, the mayor said.

Crews in Louisiana have restored power to nearly 70% of greater New Orleans and nearly all of Baton Rouge after Hurricane Ida, but outside those large cities, getting lights back on is a complex challenge that will last almost all of September, utility executives said Monday.

It's going to involve air boats to get into the swamps and marshes to string lines and repair the most remote of about 22,000 power poles that Ida blew down when it came ashore on Aug. 29 as one of the most powerful hurricanes to hit the U.S. mainland, Entergy Louisiana President and CEO Phillip May said.

More than 530,000 customers still don't have power in Louisiana, just under half of the peak when Ida struck eight days ago. In five parishes west and south of New Orleans, at least 98% of homes and businesses don't have power, according to the state Public Service Commission.

The struggles in rural Louisiana shouldn't keep people from forgetting the “near miraculous” speed of the repairs in New Orleans, Entergy New Orleans President and CEO Deanna Rodriguez said.

"I am so proud of the team and I think it’s a fabulous good news story,” she said.

But things aren't normal in New Orleans. An 8 p.m. curfew remains in effect and numerous roads are impassable. Pickup of large piles of debris residents and businesses have been leaving on curbs will begin Tuesday, officials said.

Louisiana Gov. John Bel Edwards said Monday that he's taken steps to help make the people doing the hard work of recovery have places to stay. He signed a proclamation ordering hotels and other places of lodging to give priority to first responders, health care workers and those working on disaster-related infrastructure repairs. The proclamation also suspended various state court legal deadlines until Sept. 24.

“People all over the state of Louisiana are spending this week assessing the damages done to their homes and communities and are putting their lives back together after the ravages of Hurricane Ida. We need for them to be focused on recovery and not whether they will be held to a court deadline," Edwards said in a news release.

Ida killed at least 13 people in Louisiana, many of them in the storm's aftermath. Its remnants also brought historic flooding, record rains and tornados from Virginia to Massachusetts, killing at least 50 more people. 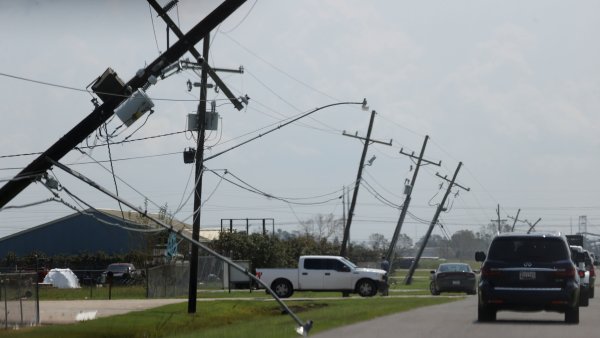 Half a Million Without Power in Louisiana, Mississippi Amid New Flash Flood Warnings 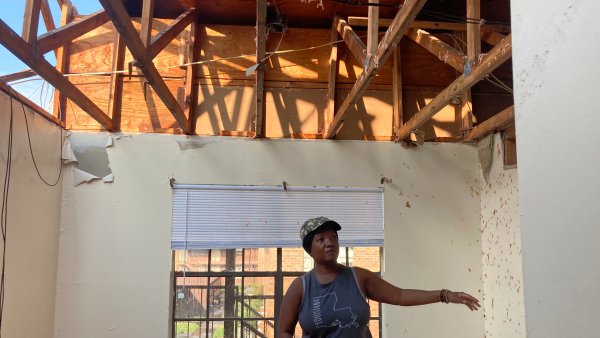 Tenants in Ida-Ravaged La. Apartments Forced Out, With Few Good Options Ahead

In the Gulf of Mexico, divers have located the apparent source of a continuing oil spill that appeared after Ida moved through the area about 2 miles (3 kilometers) south of Port Fourchon, Louisiana.

The owner of the pipeline hasn't been discovered. Talos Energy, the Houston-based company currently paying for the cleanup, said it does not belong to them. The company said it is working with the U.S. Coast Guard and other state and federal agencies to find the owner.

It remains the peak of hurricane season and forecasters are watching a cluster of storms near the Yucatán Peninsula.

It's not an organized tropical storm at the moment and is expected to move slowly to the north or northeast over the Gulf of Mexico, the National Hurricane Center said in a Monday update.

Forecasts don't show any significant strengthening over the next several days, but even heavy rain could cause more pain in Louisiana.

“Unfortunately, it could bring a lot of rain to our already saturated region. If we are impacted, this could challenge our restoration.” said John Hawkins, vice president of distribution operations for Entergy Louisiana.

A massive fire tore through six homes in Jefferson Parish before crews eventually brought in pumps to fight the fire with water from the Bayou and from Ida’s floods.