The death penalty was not an option under the terms of the agreement that allowed their extradition to the U.S

As people in a packed courtroom wept, Lucy Henning talked about her own guilt at the death of her father, Alan Henning, who was tortured and beheaded by the Islamic State a decade ago.

“If I weren't a moody teenager, maybe he wouldn't have gone,” she said through tears at Friday's sentencing hearing for Alexanda Kotey, one of two British nationals — known as the “Beatles" by their captives — who was convicted in U.S. District Court in Alexandria, Virginia for their roles in the hostage-taking scheme, which took two dozen Westerners as prisoners and resulted in the death of four Americans.

Lucy said she has many questions about her father that remain unanswered: “Did he want to send us a message? Was he mad that we didn’t get him out? Was he buried or cremated? Or was he just left there?”

Kotey was sentenced to life in prison Friday. The sentence was a foregone conclusion under the plea deal he entered last year. El Shafee Elsheikh, the second British national, will be formally sentenced in August and will also receive a life term. The death penalty was not an option under the terms of the agreement that allowed their extradition to the U.S.

Kotey was specifically charged with conspiring in the kidnapping and deaths of four Americans — journalists James Foley and Steven Sotloff and aid workers Kayla Mueller and Peter Kassig. Foley, Sotloff and Kassig were all beheaded. Mueller was tortured and raped by Islamic State leader Abu Bakr Al-Baghdadi before she was killed. British aid workers Henning and David Haines were also killed by beheading by the Islamic State.

About a dozen family members and survivors spoke at Friday's hearing. Kayla Mueller's father, Carl Mueller, said that during the ordeal, “I lost my faith in God, and I lost my faith in our government. My government left her there for 18 months. They would not allow us to negotiate.”

He said the trial and prosecution of the Elsheikh and Kotey restored his faith in government, prompting tears from Judge T.S. Ellis III. 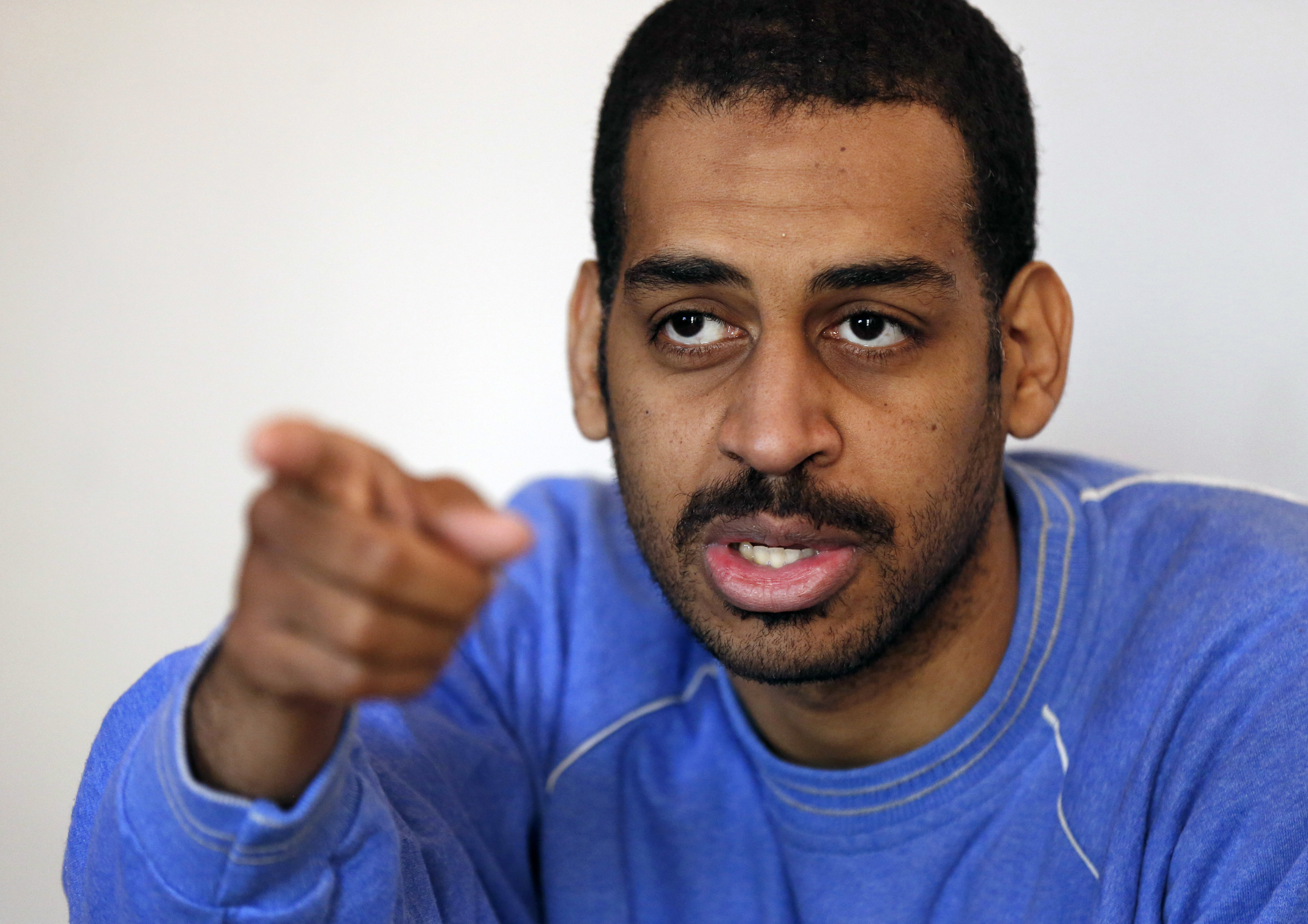 Kayla's mother, Marsha Mueller, said she and her husband are still desperate for the truth about her daughter's death. Unlike the other three Americans, whose beheading deaths were recorded on video and spread across the internet, Kayla's death remains something of a mystery. The Islamic State said she was killed in a Jordanian air strike — the U.S. government believes she was killed by ISIS.

“I am thankful for each shred of truth, no matter how painful it is to hear,” she said. “We will continue to search for our daughter's remains.”

Throughout the victim impact statements, Kotey made eye contact with the victims, while Elsheikh looked away or kept his eyes closed. His apparent indifference to the victims' words drew the ire of Sotloff's mother, Shirley Sotloff, who demanded Elsheikh look at her while she spoke.

“We are forever broken by the loss of our beloved son and defined as the people from a horror movie.” she said, referencing the beheading videos that circulated around the globe.

Kotey declined to speak at Friday's hearing, referencing instead a 25-page letter he wrote to the court in advance of sentencing. The letter describes his conversion to Islam at age 19 and expresses some ambivalence about his actions, while also justifying brutality as a response to Western foreign policy.

“In retrospect I can say that, throughout our endeavors, there were actions we took that demanded moral compromises,” he wrote.

While Elsheikh was not sentenced, the judge ordered him to attend Friday’s hearing so victims would not have to travel to two separate sentencings to say their peace.

Kotey and Elsheikh were captured in Syria in 2018 and brought to Virginia in 2020 to stand trial in federal court. A third Beatle, Mohammed Emwazi, also known as “Jihadi John,” who carried out the beheadings, was killed in a 2015 drone strike.

The only issue of consequence to be decided at Friday's hearing was whether the judge would recommend a prison other than the “supermax” prison in Florence, Colorado, for Kotey to serve his term. His lawyers said that unless the judge recommends otherwise, Kotey will almost certainly be sent there.

Ellis acknowledged that the conditions at Florence are more “severe” than at other prisons, but he declined to make a recommendation, saying it should be left to the judgment of the Bureau of Prisons.

Regardless of where is sent, Kotey will be one of about 50 inmates in the prison system subject to “special administrative measures” that severely restrict his ability to communicate with other inmates or the outside world.

The terms of his plea agreement, though, require the U.S. government transfer Kotey to the custody of Great Britain if it agrees to take him and imprison him for the rest of his life. The deal also requires Kotey to meet with any victims' family members who request it.