What You Should Know About Maryland Redistricting and Why It Matters

“Redistricting has a direct bearing on whether the public's views and public interest will be reflected in legislative debates, in legislative votes"

Redistricting has been a hot-button issue in Prince George's County, Maryland, and statewide as midterm election season nears.

Prince George’s County has a new district map that followed a lawsuit by residents who cited gerrymandering.

Redistricting divides an area such as a county or state into separate voting districts. Its impacts can be significant, but many voters don’t understand how it works, why it happens and what its implications are.

Redistricting is a governmental process that occurs every 10 years at the local and state levels after the Census. Redistricting maps typically aim to reflect population changes recorded by the Census to form voting districts.

Yurij Rudensky, redistricting expert and senior counsel on democracy at the Brennan Center for Justice, said the process is “incredibly consequential because it is the reallocation of political power.” 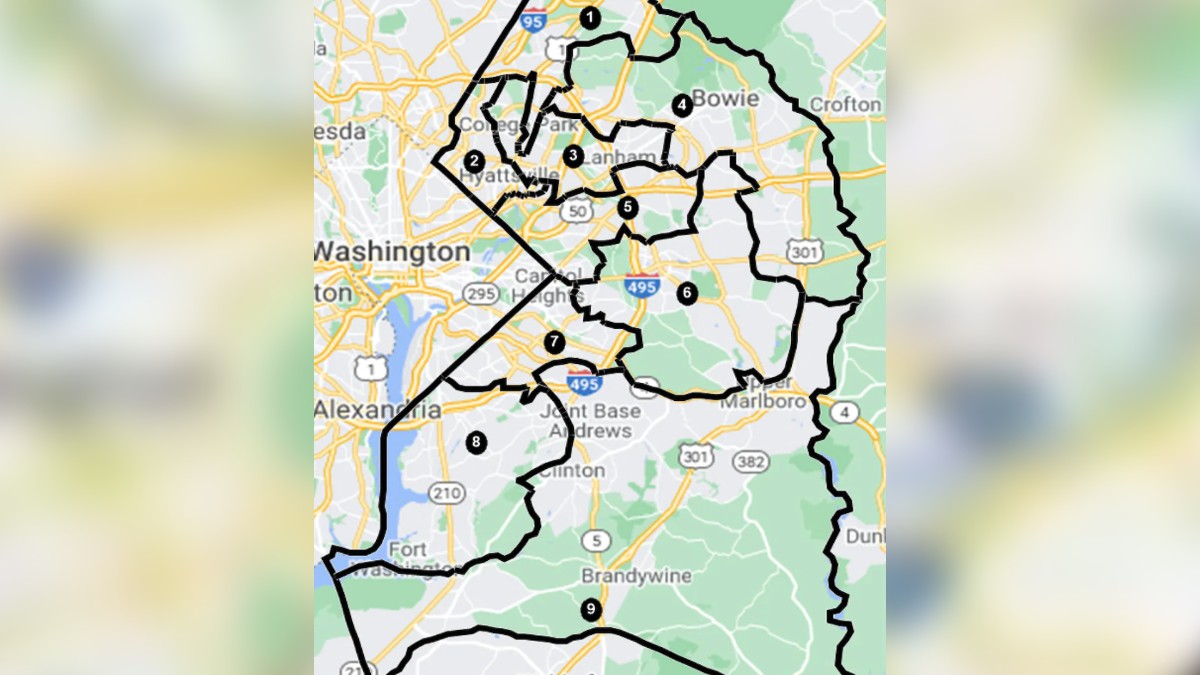 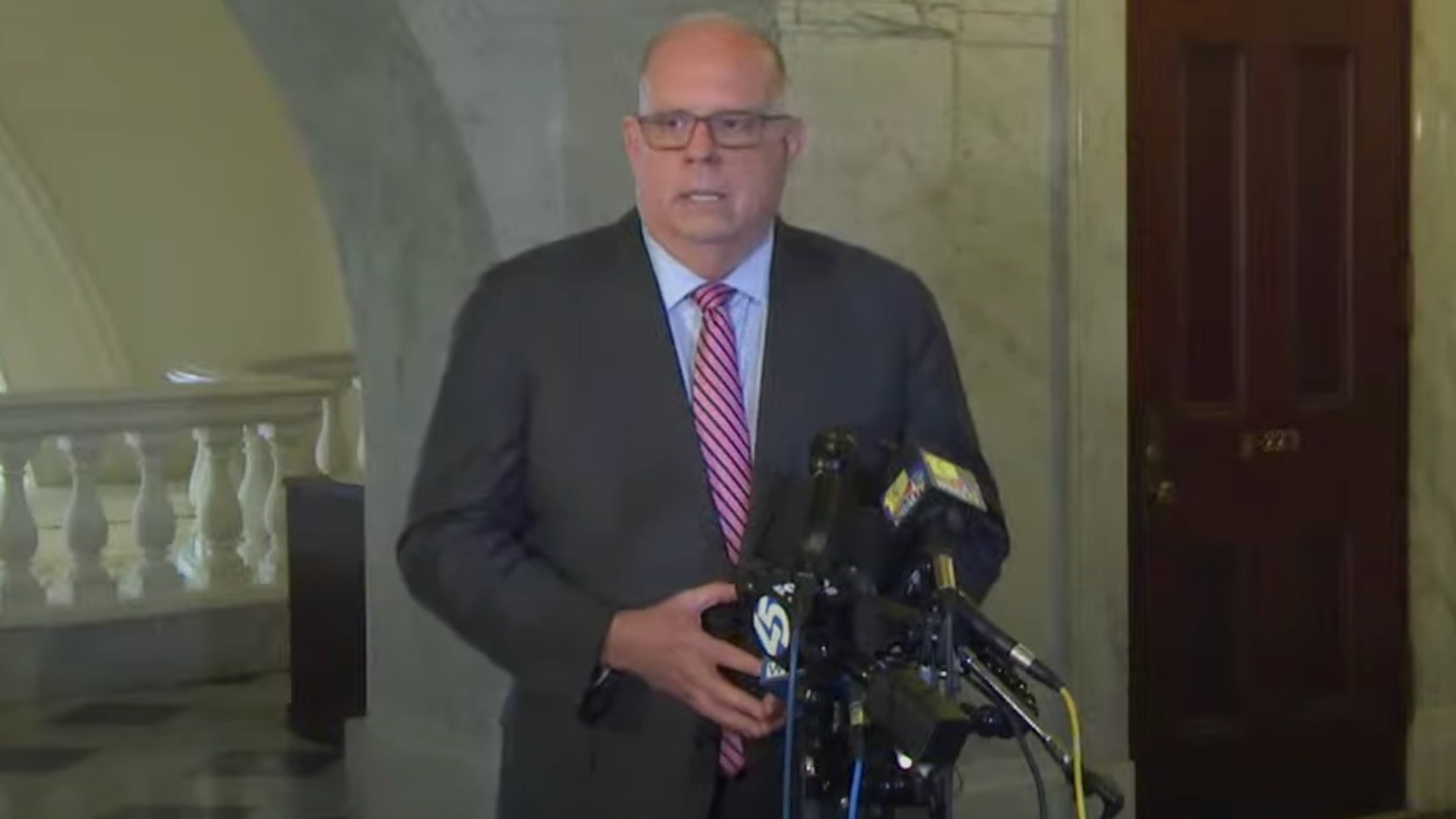 “It exists in order to ensure that our elected bodies, our legislative bodies at all levels of government, reflect the different ways in which the population has changed over time,” Rudensky said. “It is the backbone of our representational systems and of our democracy.”

While redistricting exists in every state, local and state laws on ratifying changes may differ.

Since redistricting can alter the balance of political power and influence in a community, it’s important to understand how gerrymandering, which occurs when a political party has an unfair advantage over another, happens during the process.

Equally as important, Rudensky said, is recognizing how policy areas such as the economy, education and public safety are affected by who is in office.

“Redistricting has a direct bearing on whether the public's views and public interest will be reflected in legislative debates, in legislative votes,” Rudensky said.

He added there are two versions of the redistricting process: one that advances public interest and needs, and another that abuses the process through gerrymandering.

Gerrymandering takes place when district lines are drawn to favor a particular party, thus making certain political outcomes likely. Rudensky said gerrymandering can “lock in political control and make it so that voters can't really change the composition of their government.”

How Gerrymandering Is Often Used to Dilute Power in Marginalized Communities

Although gerrymandering aims to boost the political leverage of a party, it can also target marginalized communities and limit their political influence.

“Over the course of this country's history, political systems, whether through redistricting, or otherwise, have been designed to minimize the influence of certain communities and communities of color in particular,” Rudensky said.

“There are often significant race equity consequences to how districts are drawn,” he added.

It usually happens through "cracking," which dilutes voting power by splitting communities of color up across districts, or "packing," which refers to when a community of color’s political power is minimized to a few districts where they form an overwhelming majority of the population.

What Happened in Prince George's County

The redistricting conflict in Prince George’s started in September 2021 when the county’s nonpartisan redistricting commission unveiled its map based off population changes and other 2020 Census data.

In October, during a county council meeting, District 6 Council Member Derrick Davis surprised some council members by introducing a drastically different map. It pitted Democrat against Democrat on the fully Democratic council.

The amended map moved large cities such as Adelphi, College Park and Greenbelt into other districts. It also moved institutions such as Joint Base Andrews and the University of Maryland into new districts.

“We citizens deserve a process that is absent of perceived corruption,” Kimberly Crews, president of the Cool Spring Terrace Civic Association, said at a protest.

Protesters accused the council of gerrymandering and purposefully displacing candidates they didn’t like to minimize their chances of election.

Despite outcry, the council approved the amended map with a vote of 6-3 through a resolution in November.

In just a few days, the Prince George's County Council will vote on a new county council district line map that would drastically change who residents can vote for and who represents them. Prince George's County Bureau Chief Tracee Wilkins reports community leaders from across the county gathered in protest calling the map gerrymandering.

“No one is entitled to a seat,” said Davis in response to accusations related to the amended map. “You have to run for a seat in any district, and the districts are drawn by the county council through the process that's articulated in the charter.”

A few months later, in January 2022, a group of residents came together to file a lawsuit against the county, arguing the council improperly passed the amended map through a resolution instead of a bill.

A county circuit court judge sided with residents, ruling the council had violated its own laws. The council’s move to approve the amended map via resolution limited public engagement and did not require a signature from County Executive Angela Alsobrooks.

The county appealed the decision, landing the suit in the hands of the state’s highest court. In March, the Maryland Court of Appeals upheld the circuit court judge’s decision and called on the county to reinstate the map drawn by the county’s redistricting commission.

Some Prince George's County residents are breathing a sigh of relief after the Maryland Court of Appeals threw out a redistricting map drawn by the County Council. The controversial map drew lines through some long-standing and historic communities. Prince George's County Bureau Chief Tracee Wilkins spoke with one resident who joined the lawsuit to stop it.

"Under the Council’s interpretation, the approval of this ballot initiative gave the Council authority to adopt the 2021 Redistricting Plan through Council Resolution, after notice to the public and a public hearing," County Council Chair Calvin Hawkins II said in a statement.

Now, abiding by the commission’s map, candidates who were drawn out of their districts are able to run in their original districts.

Although the conflict in Prince George’s County is resolved, the redistricting processes in other jurisdictions are far from over. Over the next few months, you can expect more district maps to be finalized as communities come together to discuss implications and solutions to political gerrymandering.

What Happened in Maryland at the State Level

It's a big election year in Maryland, with voters set to pick the governor, attorney general, comptroller, a U.S. Senate seat, all eight congressional seats and all 188 seats in the state legislature.

Redistricting has been a major topic at the state level. As a result of uncertainty over political boundaries across the state, the state appellate court pushed back Maryland's primary election from June 28 to July 19. The filing deadline for candidates, which already had been delayed, was pushed back to April 15. The state later announced new voting deadlines, with June 28 being the last day to register to vote, and July 12 being the last day to request a mail-in ballot.

Anne Arundel County Senior Judge Lynne Battaglia threw out the state's congressional district map on March 25, arguing that it was a "product of extreme partisan gerrymandering" and favored Democrats over Republicans. State lawmakers approved the revised district map but were met with some hesitancy from the Maryland Attorney General’s Office, which planned to appeal Battaglia's ruling.

Gov. Larry Hogan signed the state's revised district map into law Monday, calling the creation of the newly drawn political boundaries “a tremendous victory for democracy and for free and fair elections in Maryland.”

Del. Neil Parrott, a Republican who filed a lawsuit over the map, told the AP the new map is "a much better map."

"I still think it's a gerrymandered map, however, it's much, much better than the one in December," he said.

What You Can Do

Above all, redistricting is a powerful process with potentially lasting impacts. As redistricting processes continue across the state, Rudensky, the redistricting expert, encouraged voters to organize, discuss community needs and communicate those needs to local officials.

“It's harder to gerrymander when people are engaged and paying attention, and have a sense of what their districts and how their communities should be treated in the redistricting process,” he said.