Virginia moved to the brink of becoming the crucial 38th state to ratify the Equal Rights Amendment on Wednesday, a momentous victory for many women's rights advocates even though it is far from certain that the measure ever will be added to the U.S. Constitution.

The affirmative votes in both chambers of the Virginia legislature came decades after Congress sent the ERA to the states in 1972, passing it with bipartisan support.

ERA supporters erupted in cheers as the chambers approved the historic resolution.

ERA advocates say hitting the 38 mark means the amendment will have surpassed the three-quarters of states the amendment needs to be added to the Constitution.

Opponents disagree. Court battles are expected to unfold over a long-passed 1982 ratification deadline set by Congress as well as moves by five states that ratified it in the 1970s to rescind their support.

Still, the votes in the House and Senate carried enormous symbolic weight and showed how much once solidly conservative Virginia has changed.

"It's about the right time for Virginia to finally be on the right side of history," resolution sponsor Del. Jennifer Carroll Foy said.

ERA supporters of all ages were in Richmond on Wednesday. The female lawmakers who revived and championed the ERA took photos together to the cheers of supporters.

"It's up to the women!" one button read.

Virginia and the ERA 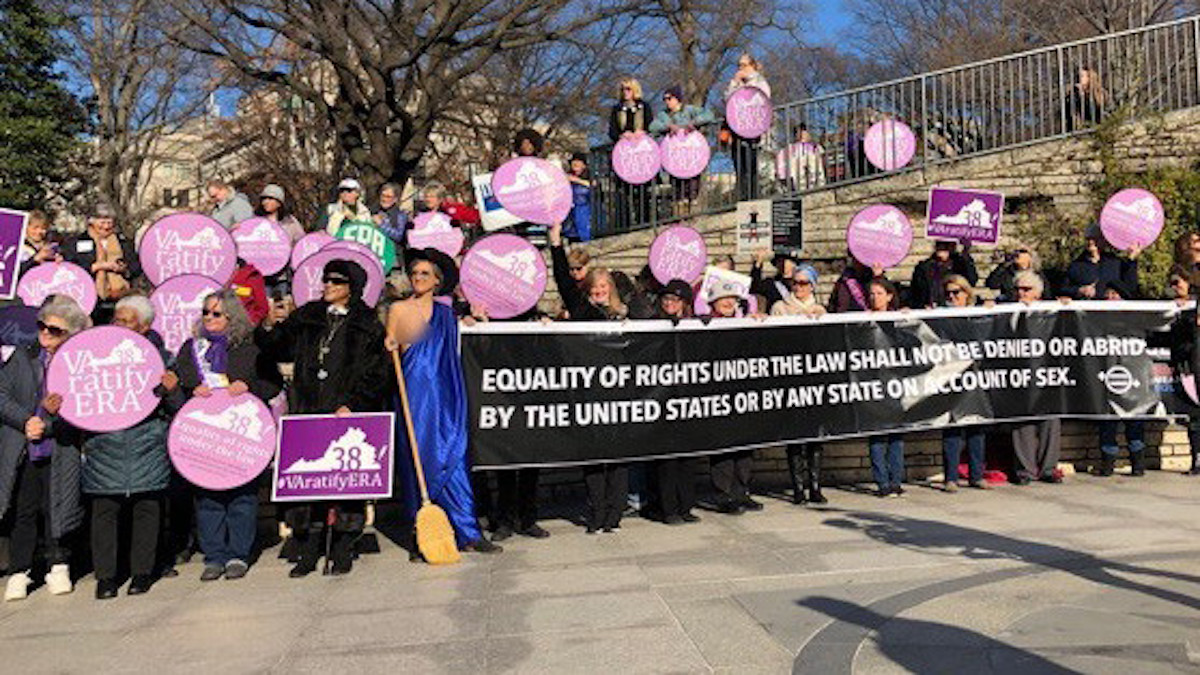 DOJ Says It's Too Late to Pass the Equal Rights Amendment

ERA Activist Jailed Without Bond for Exposing Breast in Virginia

ERA advocates say the measure will enshrine equality for women in the Constitution, offering stronger protections in sex discrimination cases.

Opponents warn it will erode commonsense protections for women, such as workplace accommodations during pregnancies. They also worry it would be used by abortion-rights supporters to quash restrictions on the grounds that they specifically discriminate against women.

Final passage would make Virginia the decisive 38th state to ratify the ERA, surpassing the three-quarters of states needed to add an amendment to the Constitution.

Last week, the Justice Department issued an opinion concluding that because the deadline has expired, the ERA is no longer legally pending before the states.

The National Archives and Records Administration, which has a ministerial role in certifying the ratification of constitutional amendments, said in a statement that it would abide by that legal opinion "unless otherwise directed by a final court order."

Congressional Democrats are also working to pass a bill removing the deadline.