DOJ Says It's Too Late to Pass the Equal Rights Amendment

Efforts to revive the Equal Rights Amendment have hit a roadblock.

The Justice Department has issued a finding that an expired pair of deadlines imposed by Congress decades ago means it's too late for more states to ratify it now.

Thirty-five states ratified the ERA before the deadlines expired — three short of the 38 needed. Virginia is poised to become the 38th, but Assistant Attorney General Steven Engel said the amendment has expired and Congress would have to start all over again.

Supporters of the amendment disagree and have filed a federal lawsuit in Massachusetts hoping to pave a legal path.

ERA supporters chanted "ERA now" outside the Virginia State Capitol in Richmond on Wednesday, as Democrats took control of the General Assembly.

Virginia and the ERA 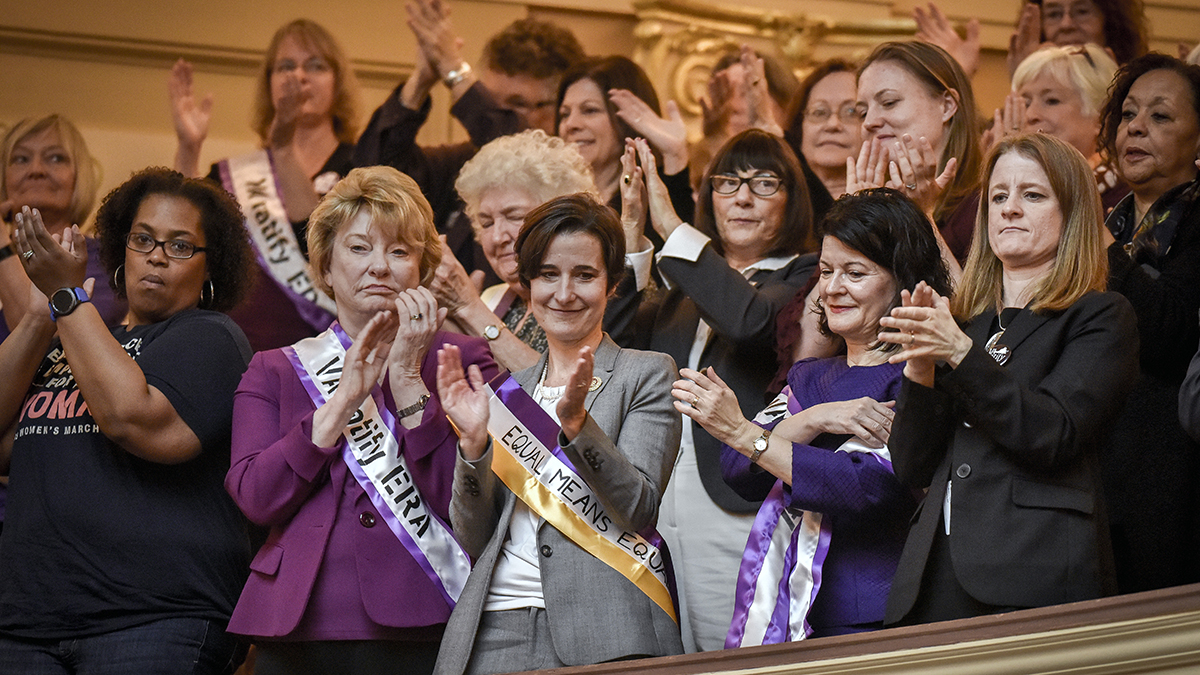 Lawmakers Pledge ERA Will Pass in Virginia. Then What?

ERA Activist Jailed Without Bond for Exposing Breast in Virginia

With a woman in charge of the House and the new Democratic majority, activists said they're confident this is the year Virginia will become the key 38th state to ratify the ERA.

"I come here just absolutely euphoric. I know that the ERA will pass," Elizabeth Johnson of Alexandria said.

The crowd of supporters included a woman baring a breast in an apparent impression of the bare-breasted woman on the Virginia State flag. A woman was jailed last year for doing the same. The woman arrested in February 2019, Michelle Sutherland, did not immediately respond to an inquiry.

Some of the ERA-related arguments surfacing now are similar to those that flared in the 1970s. Would ratification mean that women, as well as men, are subject to the military draft? Would it undermine workplace laws intended to protect women?

Some of the liveliest debate over the coming months will likely deal with two hot-button social issues that have evolved significantly since the ’70s: abortion access and the rights of transgender people.

The failure of a last-ditch effort for approval of the ERA in Virginia in February 2019 evoked frustration and tears in Richmond.

An effort to get an equal rights measure passed in Virginia failed again on Thurday. News4’s Julie Carey shows the emotional reaction.

Air Force veteran and ERA supporter Daphne Portis shouted on the House floor when lawmakers voted down the measure.

"I defended my country. You should be defending women!" Portis said.

"I'm disgusted by this vote," she continued in the halls of the General Assembly.