A statue of Albert Pike, who was a Confederate general and leader of the Freemasons, was torn down and set on fire the night of Juneteenth

President Donald Trump personally requested that a statue of a Confederate general be put back up, less than a week after cheering protesters toppled it and set it on fire in a Washington, D.C., park, NBC News reports.

The White House did not provide a comment, NBC News reported.

But an Interior Department spokesman reiterated Bernhardt's call for law and order.

"The Secretary has made his position quite clear when it comes to lawlessness, violence against police, and destruction of public property," the spokesman said.

The fight over statues and public memorials in the capital reached a boiling point this week, putting the White House, city officials and protesters at odds with each other.

Protesters surrounded D.C.'s only outdoor statue of a Confederate on Friday, the night of Juneteenth.

They wrapped ropes around the statue and pulled until it fell. Then, the statue was set on fire. News4 cameras captured the scene on live TV.

D.C. police officers were standing nearby as protesters took down the statue, which is on federal land and under the jurisdiction of the National Park Service and U.S. Park Police.

The Pike statue, dedicated in 1901, has been a source of controversy over the years. The former Confederate general was also a longtime influential leader of the Freemasons, who revere Pike. It was built at the request of Masons, who successfully lobbied Congress to grant them land for the statue as long as Pike would be depicted in civilian, not military, clothing. 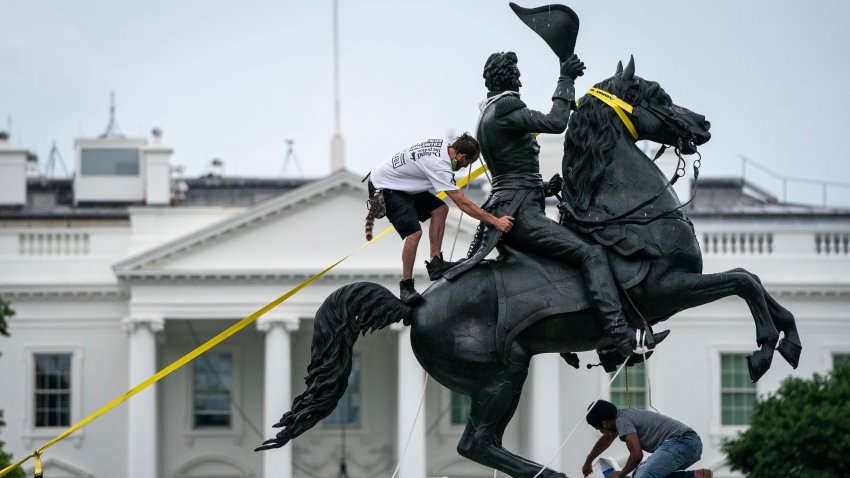 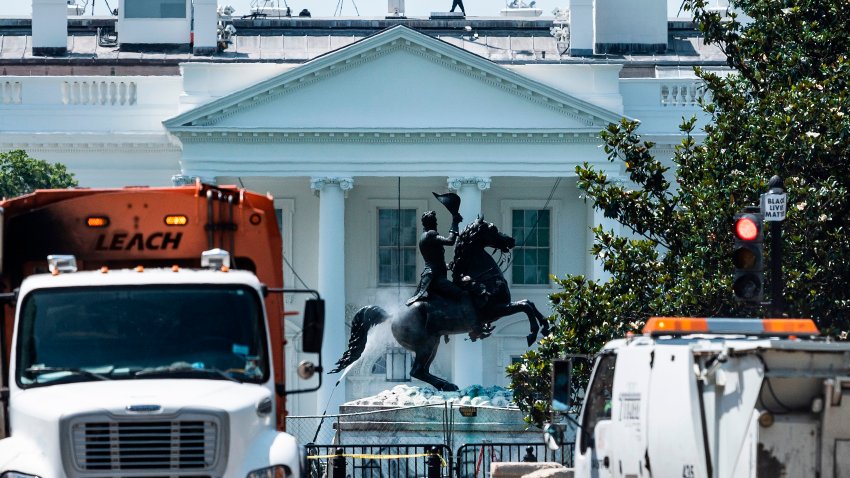 D.C. officials have been trying to remove the statue for years. The D.C. Council said it first called for its removal in 1992. Del. Eleanor Holmes Norton has introduced multiple bills in Congress to get it removed, but each has stalled.

Norton and D.C. Mayor Muriel Bowser said the statue should be removed through legislation, not vandalism. But they had not called for the statue to be restored.

Trump has been troubled as protesters take down numerous statues of Confederate generals and other figures throughout the nation and promised executive action this week to address it.

The federal government on Wednesday had activated 400 D.C. National Guard members to be on standby, ready to help protect statues if protesters target them again.

Protesters have called for two other statues on federal land in D.C. to be removed. A group of people tied ropes around a statue of Andrew Jackson in Lafayette Square on Monday night, but were stopped by police who deployed pepper spray.

A statue of Abraham Lincoln standing over an emancipated Black man has also been criticized.