Sources told News4 that the incident, which took place in the football locker room after practice, involved an attempted assault with a broomstick.

Parents of students at a Rockville, Maryland, high school posed serious questions Wednesday about the school’s handling of what sources allege was an attempted assault in its football locker room.

Some privately expressed concerns that the investigation was conducted, and concluded, too quickly.

Montgomery County police were called to Wootton High School just after 4 p.m. Tuesday for what was described as an assault believed to be sexual in nature. In the end, authorities said there was no sexual assault and no charges have been filed.

Sources told News4 that the incident, which took place in the football locker room after practice, involved an attempted assault with a broomstick. 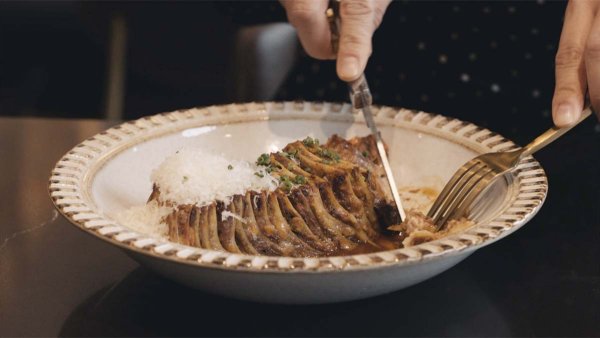 Food Fare: Glam DC Italian Restaurant Serves a 40-Layer Lasagna on Its Side

“A staff member reported that an incident occurred in the locker room, and Montgomery County Police (MCPD) were immediately called. The police investigated the allegations before the team left the school, including whether a sexual assault occurred. Police found no evidence of a sexual assault,” Principal Kimberly Bolden said in a letter to the school community that evening.

She said the matter would continue to be investigated under school disciplinary procedures.

“There is no chance that a sexual assault investigation began and ended in one day,” Rene Sandler, a Montgomery County attorney who has handled cases involving juveniles, said. “I don’t think anyone would accept that it would open and shut in a few hours in one day. Absolutely unacceptable.”

In a letter sent Tuesday to football families, Bolden urged parents, “If [your children] recorded the event, please ask them to delete and not share it.”

Her request was rescinded the next day.

“To hear a directive from a principal for students and parents to destroy evidence in a matter, whether it's disciplinary or criminal in nature, is shocking and just beyond inappropriate and could very likely be unlawful,” Sandler said.

Parents of the football program were invited to the school Wednesday evening for a question and answer session. Football practice was cancelled.

The alleged incident has striking similarities to a 2019 sex assault that occurred in another Montgomery County school’s football locker room. Criminal charges were brought against four Damascus High School players in that case.