Tory Ridgeway is in the process of appealing the decision. Either way, he plans to attend Embry-Riddle and hopes he’ll be allowed to serve the United States

For as long as Tory Ridgeway can remember, he’s had his sights set on service.

As a child, he shadowed his dad at work at Joint Base Andrews. In 2017, he became an Eagle Scout. In high school, he joined Junior ROTC -- all in hopes of joining the military.

Two months ago, Ridgeway received a full Navy ROTC scholarship to Embry-Riddle Aeronautical University. His reaction the moment he found out was caught on video; he let the letter fall to the floor, mouth agape, and turned to his father for an emotional hug.

With Sights on Service, Maryland Student with Autism Earns Scholarship 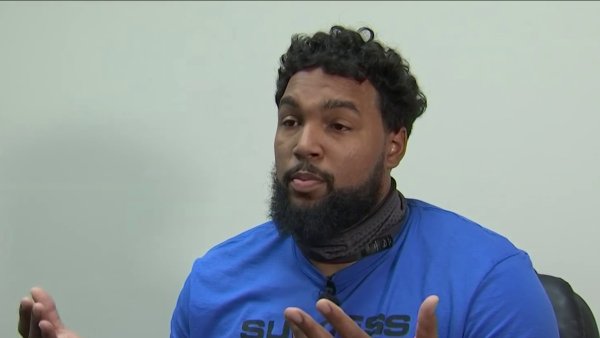 “This has been my dream for like 10-plus years, and now it’s actually happening,” he said in an interview in April.

But last week, the Navy sent Ridgeway another letter explaining that his offer had been rescinded, citing “academic skills and developmental disorders” which he and his family believe refer to his autism.

“Upon seeing that I had autism, they declined me, saying that autism was a disqualification,” he said. "It's still got my head spinning. It's still got me stressed out."

Ridgeway said he was always upfront about his autism, talking about it in the application essay and interview for the scholarship.

“My dream was to be the first officer in this family," he said. "It’s really scary that now it’s being taken away."

Phil Chitty, a spokesman for Naval Service Training Command, said he could not confirm if the reason for Ridgeway's disqualification was autism due to health care privacy laws.

When asked why the program would award Ridgeway the scholarship if he was upfront about a potentially disqualifying condition from the start, Chitty said, "The Navy offers NROTC scholarships contingent on a candidate fulfilling several requirements including passing a medical screening, which is completed after a candidate is offered a scholarship."

According to the Navy’s ROTC website, “academic skills defects treated past age 14... are disqualifying, but potentially waive-able.”

Ridgeway's parents, Troy and Vanessa, described the situation as “heartbreaking.”

"To see the devastation and to experience him finding out was... a worse chapter in my life," Vanessa Ridgeway said.

Ridgeway is in the process of appealing the decision. Either way, he plans to attend Embry-Riddle and hopes he’ll be allowed to serve the United States.

“This country is my home. It’s given me so much. My family and my friends have given me so much, and I would give anything to ensure that they have wonderful lives,” he said.

Ridgeway said he was still given orders to report to boot camp in a few days, and he plans to do that as he awaits his fate in the ROTC program.