The LCPS school board chair said in closing remarks, “We will not back down from fighting for the rights of our students and continuing our focus on equity”

One man was arrested, another man was ticketed for trespassing and a third person was hurt at a chaotic public meeting Tuesday on equity issues in Loudoun County Public Schools.

Parents fired up about a proposed policy on the treatment of transgender students — as well as how schools should teach about race — held up signs, chanted and sang the national anthem at the Loudoun County School Board meeting.

Security at the Northern Virginia meeting was high after board members received death threats, as they did earlier this spring. State troopers assisted county sheriff’s deputies.

The school board unanimously voted to shut down the public comment portion of the meeting after repeatedly issuing warnings about decorum and disruptions.

“The meeting has degenerated” a school district spokesperson said as the board shut down comments and ordered people to leave.

Parents chanted “Shame on you” and raised their middle fingers.

Some held signs that said “We the parents stand up,” “Education not indoctrination” and “There are two genders: male and female. Trust (teach) the science.”

Others indicated support for LGBTQ students. “Liberty & Justice for All. No exceptions,” one sign said, with the word “All” drawn in rainbow colors.

Nearly 260 people had signed up to speak at the meeting.

Parent Beverly McCauley said she was frustrated that she was not allowed to speak.

School board bylaws adopted in 1979 and last reviewed in 2016 say the board “welcomes comments from the public and believes strong community engagement is important to a successful school system.” But “the civility, decorum and respect for the functioning and dignity of the School Board shall be maintained at all times,” the bylaws say. “When reasonable,” the chair can warn a speaker of a breach of the rules, end speaking privileges or “take other action.”

Scott T. Smith, 48, of Leesburg, was charged with disorderly conduct and obstruction of justice. The sheriff’s office says he physically threatened someone and then “continued to be disorderly with the deputy” and resisted arrest. He was released. It wasn’t immediately clear if he had a lawyer.

Another man received a summons for trespassing after school officials asked those in attendance to clear the room, the sheriff’s office said.

In remarks at the conclusion of the meeting, School Board Chair Brenda Sheridan said the board stands with LGBTQ students during Pride Month and will continue to work to make schools equitable.

“We will not back down from fighting for the rights of our students and continuing our focus on equity,” she said. “We will continue to work towards making Virginia, specifically Loudoun, the best place to raise a family.”

Sheridan called for an end to “politically motivated antics” and said “loud voices aiming to make our schools a political battleground will not silence the work for our students.”

A Loudoun County School Board meeting grew unruly when people booed and shouted while others made their comments to the board. News4's Drew Wilder reports.

Dozens of supporters and opponents of a proposed policy on the treatment of transgender students gathered outside the school board meeting earlier Tuesday afternoon to voice their concerns.

Proposed Policy 8040 on the rights of transgender and gender-expansive students became national news after elementary school gym teacher Tanner Cross testified in May that he would not follow the policy because he believed it would harm children and violate his religious beliefs.

A Loudoun County School Board meeting grew unruly when people booed and shouted while others made their comments to the board. News4's Drew Wilder reports.

The school district placed Cross on paid administrative leave. A District Court judge ruled earlier this month that Cross must be reinstated, citing his rights to speech and religious liberty. The school board is appealing the ruling.

"Teachers like Tanner Cross and parents of peers go up into these school board meetings and start talking about how someone is sinning and committing vile acts and all these bad things," the student said.

The proposed policy on transgender students calls for all students to be “treated with dignity and respect, regardless of their sex, sexual orientation, transgender status, or gender identity/expression.” It is in line with the Virginia Department of Education’s model policies on the treatment of transgender students in public schools, Loudoun officials say.

Three students who are members or allies of the LGBTQ community in Loudoun County schools spoke to News4. They asked to remain anonymous.

"It will make kids feel better about themselves and more comfortable in their own skin, which will directly, in my opinion, save kids' lives," one student told News4.

"I could rattle off probably 30, 40 people just in my grade I know who are LGBTQ," another student said.

"With the teachers I've wanted to tell, I just haven't felt comfortable enough because of, like, all the stuff that's going on with, like, people threatening
school board members. I don't want to be threatened too," a third student said.

The proposed regulations are scheduled for a final vote in August. 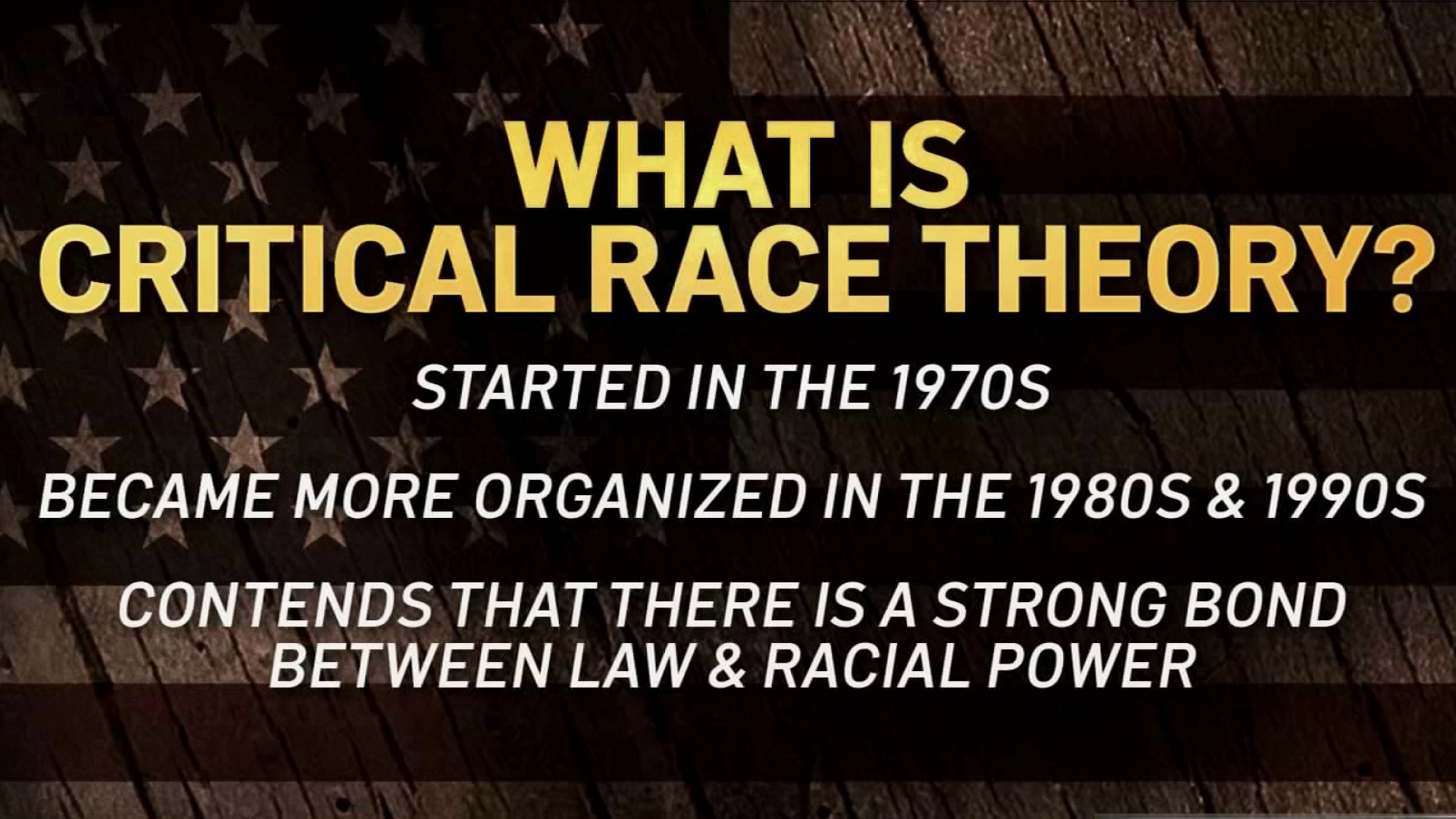 What Is Critical Race Theory?

LCPS officials have repeatedly cited a commitment to equity. The school district was one of the last in the U.S. to desegregate. Now, students of color now make up more than half of total enrollment.

The report also suggested that the school district put on schools’ websites and in a biannual message to families a condemnation of “white supremacy, hate speech, hate crimes, and other racially motivated acts of violence.”

Some parents said they were targeted online for their views about lessons on race, as well as their views on reopening schools during the pandemic. Some of these parents cited critical race theory.

A group of parents claim that they are being targeted online for having pressed to reopen schools in Loudoun County. News4's Jackie Bensen reports.

“We’ve had ongoing misinformation and citizens concerned that critical race theory was being taught in our schools. I will say again tonight that it is not,” Ziegler said.

There's a political firestorm brewing in Loudoun County Schools over whether "critical race theory" should be taught in the classroom. News4's Pat Muse explains the theory and the controversy behind it.

I do not believe I can let the disruption that occurred in our board room tonight go unanswered.

During the month of June, Virginia recognizes Pride Month, a time to celebrate the LGBTQIA community and the progress we have made to be inclusive of all Loudoun County residents. I am proud of all of our students and I stand with them.

And I am proud of our board members – some of whom continue to receive death threats. And some of whom received threats tonight.

I’m deeply concerned about the rise in hateful messages and violent threats aimed at progressive members of the school board. We recently saw KKK flyers in Fairfax, our own school board members are receiving graphic threats via email and voice mail, and parents who support our work are afraid to speak up.

I support differing opinions and spirited debates. I want us all to have productive discussions about making our schools the best they can be. That’s why I ran for the school board in the first place. But opponents of the school board who are pushing false stories about “Critical Race Theory” have severely hurt our ability to do the jobs we were elected to do.

Tonight, the Loudoun County School Board meeting was interrupted by those who wish to use the public comment period to disrupt our work and disrespect each other. Dog-whistle politics will not delay our work.

We will not back down from fighting for the rights of our students and continuing our focus on equity.

Loudoun County is for learners and loud voices aiming to make our schools a political battleground will not silence the work for our students.

Public comment is not only welcome, but encouraged, during school board meetings. The start time for tonight's meeting was even moved earlier to accommodate the anticipated volume of speakers. In fact, 259 speakers signed up to address numerous issues on the agenda tonight. This time should have been used for community members to share their views with the board and the public. Even after numerous attempts to ask for decorum, so everyone could speak, those attending insisted on continued interruptions in an attempt to delay and disrupt the proceeding.

These politically motivated antics ought to end. But if they don’t, know that they won’t delay our work.