D.C. police now have a suspect in a road rage shooting that injured a woman driving with her children. Chopper4 caught the moment a Maserati believed to be used in the crime was hauled away.

Kenneth Miles Davis Jr., 42, of Lanham, Maryland, is wanted for the shooting caught on video May 19 on Eastern Avenue NE, Metropolitan Police Department Chief Robert Contee announced Wednesday. He will face a charge of assault with a dangerous weapon.

“This individual felt it was necessary to use gun violence to deal with his anger. I am here to tell him that is unacceptable,” Contee said.

“The person who was responsible for this, we’ll see him soon,” he added.

A silver Maserati with Maryland license plates was impounded from a townhouse in Hyattsville earlier Wednesday. Police say it was the shooter's car.

The victim of the road rage attack told News4 she was driving in the 1600 block of Eastern Avenue NE when she tried to get in front of the Maserati. 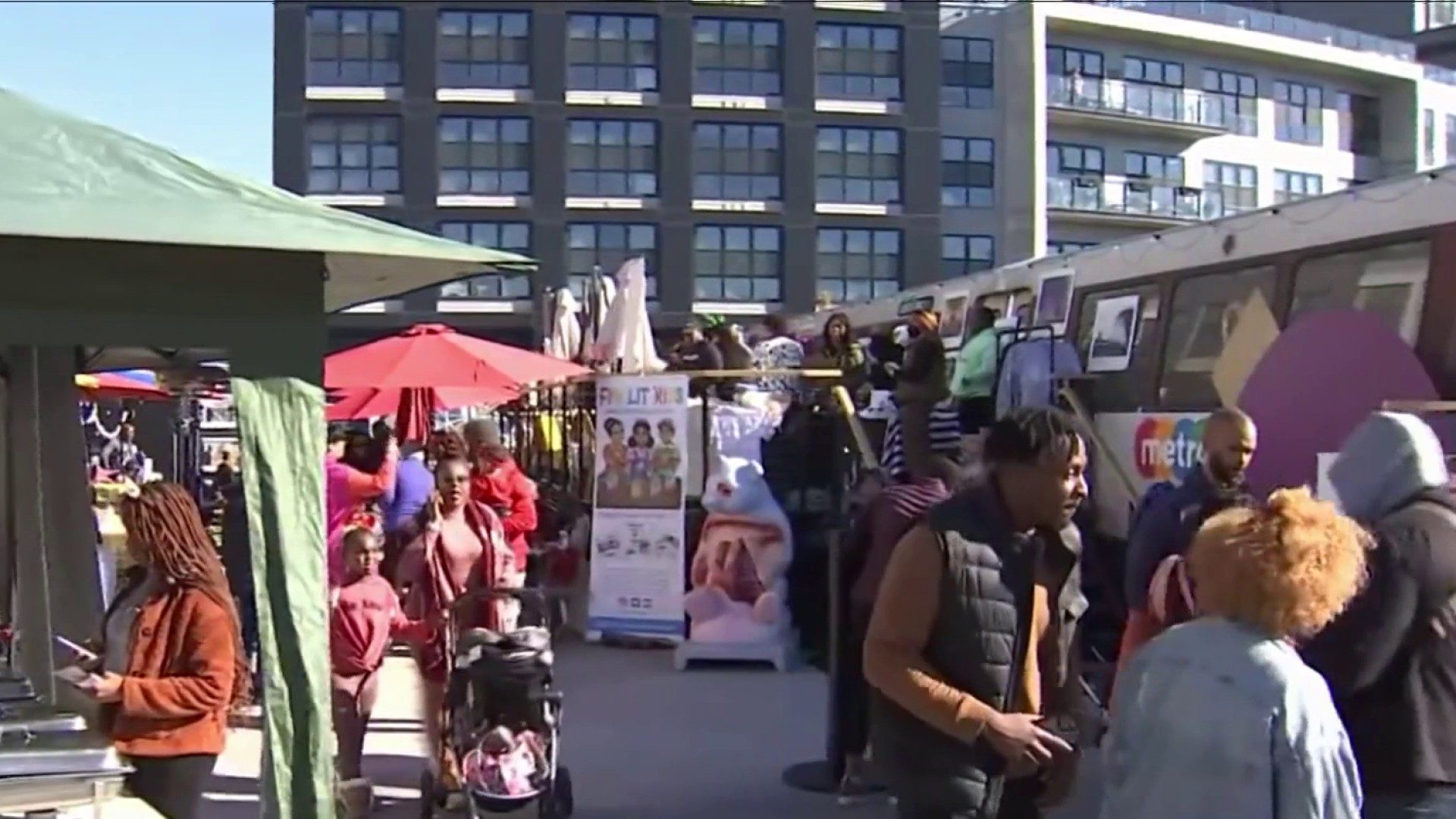 The driver jumped into the street and opened fire at her, surveillance footage shows.

"We didn’t say anything to each other," she later said.

A woman was shot in the shoulder and glass was shattered all over her children after a man driving a silver Maserati opened fire into their car. The victim said she’s not sure why the man would open fire because “we didn’t say anything to each other." News4's Shomari Stone reports.

Bullets whizzed through the rear window on the driver’s side, near her 5-year-old and 11-year-old. The woman, who asked not to reveal her name, was shot in the shoulder. Her 5-year-old child was cut by glass, Contee said.

The shooter then turned around and fired at the car behind his. That driver wasn’t hit.

Then he got back into the Maserati and drove away, leaving the woman hurt and children traumatized.

“I get really upset [watching the video] because I know it could have went a whole other way for something as senseless as road rage,” the victim’s mother said.

Police offered a $10,000 reward for information on Davis.

“I’m asking for the community to continue flooding us with those tips,” the police chief said.