A gunman killed a 24-year-old man who had autism and his home health aide in a Northeast D.C. home Wednesday night.

Devan Miler and his caregiver, 27-year-old Lekelefac Fonge, of Lanham, Maryland, returned to Miler’s grandmother’s home on Rosedale Street NE before 10 p.m. after a day out together, police said. Shortly after they arrived, a gunman entered the home and opened fire.

“It’s like a nightmare,” said Miler’s aunt Christine Warren. “The last person that I thought that would be getting killed is my nephew, Devan.”

A 24-year-old man with autism and his home health aide were killed in a Northeast D.C. home. Cory Smith reports.

Witnesses told police they saw a man running from the home.

Police identified 27-year-old Davon Peyton of Alexandria, Virginia, as a suspect. He is wanted on a warrant for first-degree murder and should be considered armed and dangerous.

“My nephew Devan did not deserve this,” Warren said. “My nephew is sweet. Everybody loves my nephew.” 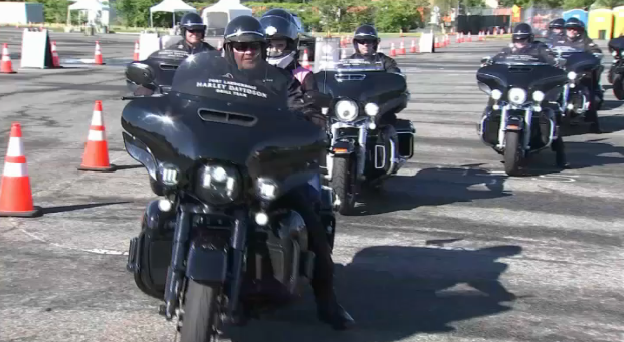 Miler’s father also was a victim of gun violence. He was killed three years ago.

Fonge was known as the joy of his close-knit family that extends from Cameroon, where his mother still lives, to his uncle’s home in Prince George’s County.

“He was awesome,” Warren said. “He loved Devan like he was his own.”

Fonge would regularly send money, food and other things to those in need in Cameroon.

His uncle Gilbert Fonge, who said he raised Fonge like his own son after his father died, said the young man found great satisfaction in his work as a home health aide to Miler.

Miler and Fonge are two of four people shot to death in D.C. in about 24 hours. Thomas Johnson, 15, was shot and killed near his home in the 1300 block of Half Street SW about 1:30 p.m. Wednesday. A DC Housing Authority employee died after he was shot during his lunch break in Southeast D.C. Thursday.