To faith leaders, Biden embodies a compassion for people born of great loss and nurtured by religion. He has the kind of “intelligent faith” that equips him to turn nebulous ideas of cooperation and healing into policy.

During President Barack Obama's administration, then Vice President Joe Biden would occasionally sneak into Sunday Mass at Holy Trinity Catholic Church in the Georgetown neighborhood of Washington, D.C. For security reasons, Biden would arrive late and leave early, as the Rev. Kevin Gillespie remembered it, but he would always stay for Holy Communion.

“He was just one of the crowd,” Gillespie recalled from those moments he celebrated the Mass. “From my vantage point, he walks his talk.”

Other D.C. religious leaders agree. They see a president who demonstrates how religion can be a driving force for good in their local communities. Just as Biden leaned on religion for comfort and healing from his personal pain and loss, D.C. religious leaders hope he’ll lean on his faith-based values to foster the kind of dialogue that will heal America’s open wounds. 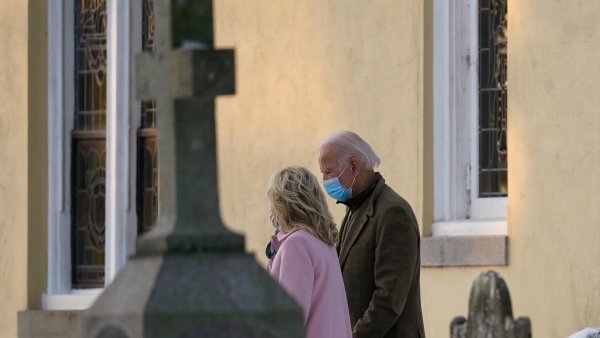 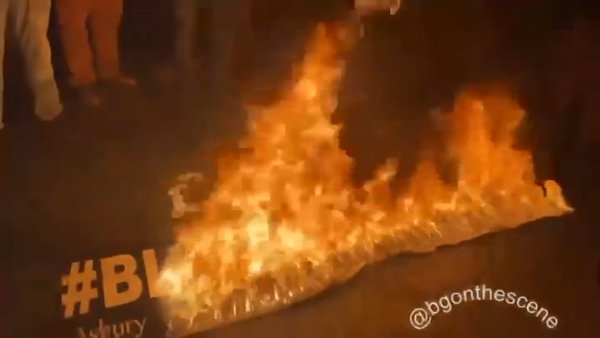 Already, his ability to reach into his own darkness and find optimism has brought him recognition as an “emissary of grief.”

“The optimism, I believe, comes from his faith, ultimately. A man who’s lost his wife and children and still reaches down deeply to find that optimism -- it’s not guaranteed,” Gillespie said.

Though it would be difficult to tell if the president-elect still finds time to pray the rosary with a historic inauguration just hours away, religious leaders in the District believe the devout Catholic will not part from his values of empathy, cooperation and commitment to diversity, all important considerations for a city brimming with different racial, religious and economic groups.

As America reckons with historical wrongs, Biden’s faith will help him dialogue with approximately 74 million people who voted against him, not to mention members of his own party who disagree with him. (Though that figure may sound small, it represents 46.8% of the votes cast in the 2020 election.)

The Rev. Thomas Bowen, director of the D.C. Mayor’s Office of Religious Affairs, noted that tackling the social issues that plague the country, like systemic racism and the coronavirus pandemic, mean taking a hard look in the mirror.

“We know that oftentimes in our country, the faith community has not been on the right side of history... so we have to recognize that there are folks still who brandish religion and weaponize it,” Bowen said. “You cannot heal until you admit that you’re hurting.”

Religion as a balm

Imam Mohamed Magid, the lead clergy at All Dulles Area Muslim Society (ADAMS) Center in Sterling, Virginia, swelled with pride in 2017 when at every major airport in the U.S., people gathered to protest the travel ban imposed on seven Muslim countries under the Trump administration.

“Jews, Christians, Hindus and others said, ‘I’m Muslim, too.’ That was the most transforming moment actually in my career as an imam,” Magid said.

Biden may do him one better, with a pledge to repeal the ban in an executive order as soon as he steps into office.

The fellowship on display in moments such as those airport protests is often informed by faith, religious leaders said. That is why faith groups are well equipped to demonstrate how a president can handle everything from bias crimes to systemic racism, from COVID-19 relief to the challenge of ever elusive dialogue.

“I think and I hope our incoming president will see religion not as a weapon, but as a balm,” Bowen said.

In 2019, a group established by Mayor Muriel Bowser called the Interfaith Preparedness and Advisory Group (IPAG), of which Bowen’s department is a part, were able to pull the faith community together to apply for security grants from the federal government.

He said they secured over $2 million in 2020 and hope to increase the money available, especially after four churches, including two historically Black churches, were vandalized in protests downtown on Dec. 12 in incidents that were being investigated as hate crimes.

Some faith leaders said they trust Biden’s ability to extend sympathy to victims of hate and a harsh rebuke to perpetrators of religious violence, like he did in 2015 when he attended a service at Mother Emanuel AME Church in Charleston, South Carolina, after nine people were murdered by a white supremacist.

His remarks came less than a month after losing his son, Beau, to brain cancer. The Washington Post reported that he visited not to console, but to be consoled and “draw some strength from the church.”

“I know from experience, and I was reminded of it again 29 days ago, that no words can mend a broken heart,” Biden told churchgoers. “No music can fill the gaping void. At least in my experience, only faith, only faith, and sometimes — as all the preachers in here know — sometimes even faith leaves you, just for a second, sometimes you doubt.”

D.C. religious leaders also want to see Biden put federal money where his mouth is when it comes to the issues of affordable housing and fair, living wages.

“We in the faith community believe that the budget is a moral document,” Magid said.

He pointed out that faith communities are on the front lines of every major community issue, like mental health, poverty, health care and immigration.

“Already now, the [Biden] transition team has invited us to help with COVID,” Magid said.

He said he’s also met with members of the new administration, including the incoming surgeon general, secretary of homeland security and secretary of health and human services about how the religious community can tackle misinformation related to COVID-19, how it can provide a space for vaccinations and how to assure that elderly people have transportation to get the shot.

“They created a liaison -- interfaith liaison -- in the transition, who has been contacting us, including all of us in different conversations, even about budget,” Magid said.

On a national level, the interfaith cooperation seen in the District is an example of how the administration might communicate with literal and figurative neighbors who disagree.

For instance, Rabbi M. Bruce Lustig of the Washington Hebrew Congregation reflected on an initiative he’s a part of called My Neighbor’s Keeper and its success in the District. The network strives to foster relationships between imams, rabbis and evangelical pastors in several cities.

Magid calls it "The Three Amigos." In D.C., this group includes Lustig, Magid and an evangelical pastor named Bob Roberts.

“Although Bob and I don't agree on everything theologically, we incredibly respect each other and we've worked together,” Lustig said.

Now, it will be up to Biden to foster that kind of dialogue on a wider scale.

“I think that he will be able to lean upon various traditions in this moment that we’re in, in which the fog may not lift for a while,” Bowen said. “Because there’s a question hanging over our heads, and that is, who do we want to be?”

The country we want to be

Back at Holy Trinity, Hunter Biden’s daughters received the Catholic sacrament of confirmation. Their grandfather was in attendance.

“Vice President Biden would come here for the sake of his grandchildren’s faith, the next generation,” Gillespie said. “That’s the man.”

The man concerned not with himself, religious leaders said, but with the future.

When rioters stormed the U.S. Capitol on Wednesday, they claimed they were there to overturn the presidential election of Joe Biden — although they had no clear plan to do so. NBCLX political reporter Noah Pransky explains how the “religion of Trumpism” and loyalty to President Trump has driven some of the behavior seen by protesters as well as some Republican members of Congress.

“He’s probably going to disappoint people on both sides because his effort is going to be toward unity and not doing things that are politically expedient,” Lustig said. “I think he’s got you and my children and a lot of other people on his side… That makes me very hopeful about what tomorrow will bring, because we’ve done enough in my generation messing things up.”

Their hope is that Biden will listen as he says he will, and enact policies that give people “hope beyond the pain,” Gillespie said.

Those policies will not always agree with his personal religious views. With his own Catholic clergy advisors, Biden has agreed to disagree on how a president should handle abortion.

“He’s not trying to spread his faith across the United States and to people but it informs him,” Bowen said.

“Because of our faith, our values are certainly particularistic, but it leads us to very universalistic truths,” Lustig said. “There are plenty of Bidens out there. Politicians and others have made us believe that the right has religious life sewed up. That’s just not true.”

It would seem the cliché cannot be avoided, as religious leaders staunchly pointed back to the teaching perhaps most difficult for divided Americans to espouse right now. It’s the one about compassion being for all -- and not just those we may agree with. Love thy neighbor, as Biden’s faith teaches.

“Half of the country almost did not vote for Biden. That’s millions of people. You cannot just write them off,” Magid said. “You have to talk to people. You have to be the president for all.”

Even after the deadly Capitol riot, which happened just blocks away from several houses of worship, D.C. religious have not given up on the possibility of reconciliation. 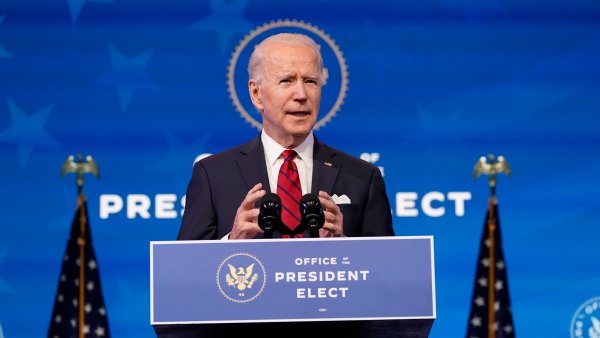 After Trump, Biden Aims to Reshape the Presidency Itself 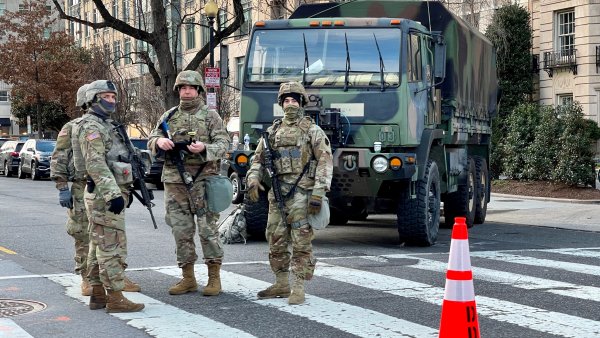 “I like to believe that the incoming administration knows that our democracy has been challenged and is at risk,” Gillespie said. “That’s why... it’s important to bring people together in a constructive rather than a violent way. Those people in the Mall, with all the destruction they did, they have to be listened to. And I believe the incoming administration will listen in a way that our Constitution has created structures for listening, disagreeing and working together primarily.”

To faith leaders, Biden embodies a compassion for people born of great loss and nurtured by religion. He has the kind of “intelligent faith,” as Gillespie put it, that equips him to turn nebulous ideas of cooperation and healing into policy.

“Trying to find that common ground, that's going to be our search going forward,” Bowen said. “And I cannot think of anyone that does that better than the president-elect.”