Several members of Congress toured the embattled D.C. jail Thursday night after an inspection by U.S. marshals found troubling conditions inside the older central detention facility, including evidence of drug use, sewage problems, and shortcomings with food and the water supply.

At least 400 inmates were ordered transferred to a federal prison facility outside the area.

In a statement, D.C.’s mayor said the members of Congress asked to visit inside and were given permission to do so. 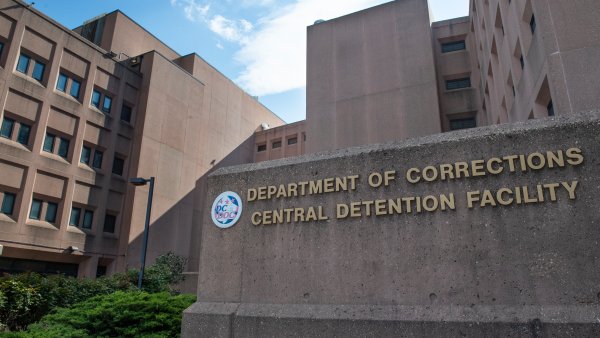 Before touring the jail, Rep. Marjorie Taylor Greene (R-Ga.) posted a video of her confronting a mayoral aide as she sought access, potentially subjecting the aide to harassment.

The congresswoman says she doesn’t regret doing so and says the jail needs to improve its conditions, calling it particularly problematic for inmates who’ve yet to go to trial.

“Here’s my argument,” she said. “These people, they have been arrested; they haven’t been to trial yet. Every American across the country deserves to be presumed innocent until proven guilty and their day in court and should be treated humanely.”

In a statement about the congresswoman’s tour, the mayor’s office said rejecting the request for the tour “would send an entirely wrong message to say that there's something to hide at the D.C. jail.”

The statement also says, “We will deal with those deficiencies so that we have a safe jail until such time that the District is able to build a new one.”