The facility is not the one that houses people arrested at the Jan. 6 insurrection.

The U.S. Marshals Service (USMS) will be removing 400 inmates from a D.C. jail facility after an unannounced inspection conducted in October, the USMS said Tuesday. The facility is not the one that houses people arrested at the Jan. 6 insurrection.

An inspection on Oct. 18 of the jail’s central detention facility “revealed that conditions there do not meet the minimum standards of confinement,” the USMS said in a news release. 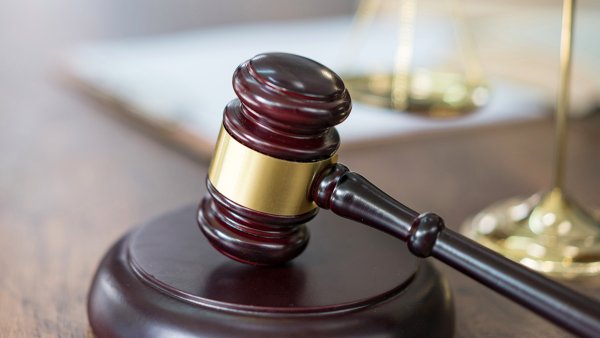 The USMS will transfer the 400 detainees at the facility to one in Pennsylvania, which they say will provide attorney and visitor areas, medical care and video teleconferencing capabilities.

The U.S. marshals also said their prisoner operations division will work with the D.C. jail to initiate a "corrective action plan," but the issues found were not described in the release.

The jail’s central treatment facility, where all the "defendants in pre-trial custody related to alleged offenses stemming from” the Jan. 6 insurrection are held, was also inspected. No cause to transfer the 120 inmates there was found.

The D.C. Department of Corrections had been housing several hundred people either facing charges in D.C. or Maryland or awaiting placement in a Federal Bureau of Prisons (BOP) facility to serve their sentence.

Before the inspection, a federal judge had raised questions about the treatment of Jan. 6 inmates at the jail after it came to light that one of the defendants had a broken hand that was allegedly improperly cared for. The judge also formally found the jail warden and the director of the D.C. Department of Corrections in contempt of court for not responding to court questions about the medical care of Jan. 6 inmates.

The USMS said it "is committed to ensuring that detainees have adequate access to defense counsel, family support, medical care, and discovery related to their cases while in USMS custody."

News4 has reached out to the D.C. jail for comment.