“We are heartbroken at the tragic loss of one of our own,” Michael Rao, the university’s president, said in a tweet Sunday

A 19-year-old student at Virginia Commonwealth University who was pledging the Delta Chi fraternity was found dead Saturday morning, leaving behind devastated parents and classmates.

Family members said they believe Adam Oakes, who was from Loudoun County, died during an incident at his fraternity’s party Friday night. That information has not been confirmed by the Richmond Police Department, which is working with the university’s police department in the investigation.

"It's a hole in my heart that will never be healed," Oakes' father said through tears before turning away from the camera after the death of his only child.

VCU and the national chapter of Delta Chi have suspended the university’s chapter of the fraternity as the investigation continues.

Oakes' family believes hazing gone too far led to Oakes' death. Relatives said there was a party Friday night, when Oakes was to be matched with a "big brother," a guide for a new member's time at a fraternity.

But after a night of heavy drinking, friends who said they were at the party told the family that Oakes passed out at the fraternity house.

Saturday at approximately 9:16 a.m., Richmond Police officers were called to the 100 block of West Clay Street for the report of a person down, where they found Oakes unresponsive and pronounced him dead at the scene, police said.

VCU said Oakes was found at an off-campus residence.

Oakes' cousin Courtney White said his friends "checked on him at midnight; he was breathing and OK and on his side, but then when they woke up... they found him face down on the couch and when they rolled him over, half of his face was purple; half of it was not."

On social media, furious students criticized Greek life (fraternity and sorority activity) and the university, and some called for criminal charges to be brought against relevant parties. Police have not indicated if any charges will be presented.

"He was just so excited, you know, to be a part of this fraternity," White said.

Oakes' father said he supported his son’s decision to pledge the fraternity with some friends from Potomac Falls High School to widen his social circle, but he never thought something like this would happen.

"I want to make sure that this never happens again to any kid, to any family," he said. 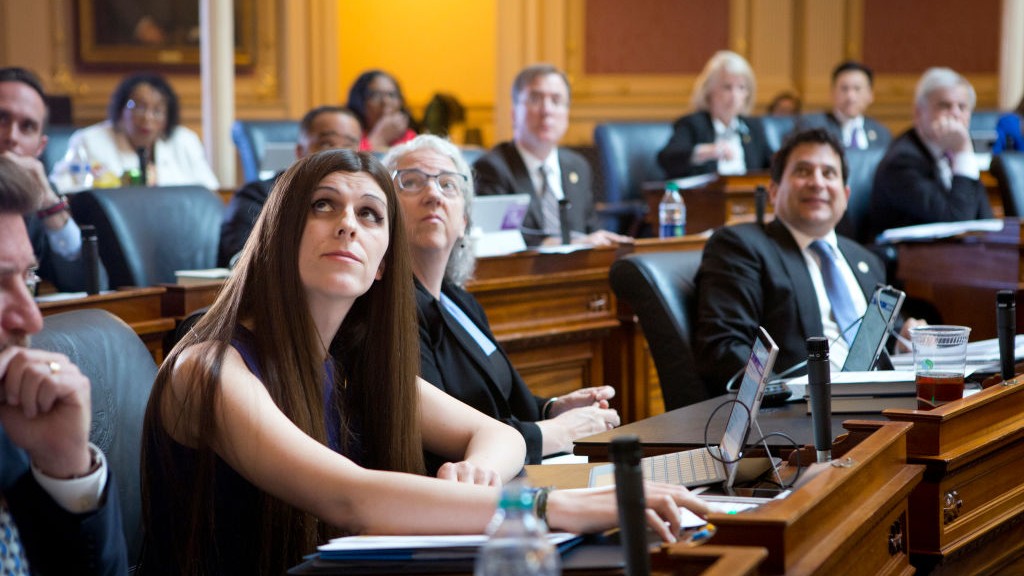 Oakes was a graduate of Potomac Falls High School. In a tweet the school said, "We are deeply saddened to hear of the sudden passing of a PFHS graduate, Adam Oakes. Adam played football at PFHS and loved to cheer for our many athletic programs. If you’re able to help out, here’s a link below. We will miss your spirit, Adam."

The family believes Oakes' death is much more involved that a teenager drinking too much, and they say they won’t stop asking questions until they know the truth.

"We want justice for Adam, and that's solely our purpose for this," White said. "It's not to get anybody in trouble. We just want to know what happened and put an end to it."

CORRECTION (Feb. 28, 2021, 10:06 p.m. ET): An earlier version of this story implied Adam Oakes was a full-fledged member of the Delta Chi fraternity. He was pledging the fraternity at the time of his death.