Captain Brett Crozier, relieved of duty, left his ship to applause from his crew

Applauding sailors chanting “Captain Cro-zier” gave their commanding officer a hero’s send-off from the USS Theodore Roosevelt Thursday after he was relieved of duty for warning about a coronavirus outbreak in a letter leaked to the press.

Videos posted on social media showed hundreds of his supporters applauding Navy Capt. Brett Crozier as he waved to the crowd, walked down a gangplank alone and turned and waved one more time.

“The GOAT, the man for the people,” one man could be heard calling him, using an abbreviation for The Greatest of All Time.

"Wrongfully relieved of command but did right by the sailors,” one poster wrote.

Crozier sent a letter to Navy officials after about 100 of the roughly 5,000 crew members on the aircraft carrier became infected with the coronavirus. He asked that the sailors be quarantined and the ship disinfected.

“We are not at war,” he wrote. “Sailors do not need to die. If we do not act now, we are failing to properly take care of our most trusted asset — our sailors." 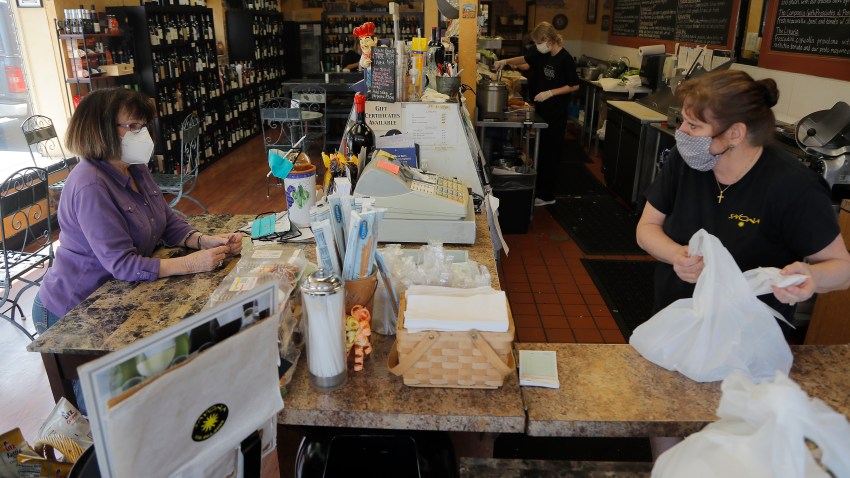 The letter was leaked and appeared in the San Francisco Chronicle, which angered Navy brass.

The acting Navy Secretary Thomas Modly accused Crozier of extremely poor judgment by sending his letter through unclassified email to a broad array of people.

“It unnecessarily raised the alarm of the families of our sailors and Marines with no plans to address those concerns.”

A group of sailors on the ship told NBC News in a statement that, "Modly has broken faith with the crew of the USS Theodore Roosevelt."

"There was nothing alarming or sensationalist in Capt. Crozier’s letter," the statement said. "It was simply a recitation of the bleak facts facing this warship. Capt. Crozier has the full faith and confidence of this crew, who would sail with him again at a moment’s notice."

A former commander of a Navy destroyer, Bryan McGrath told The Washington Post that the videos spoke volumes.

“They’re grateful to him for looking out for them, which is one of the jobs of the commanding officer of a Navy ship,” he said. “It’s clear they have great affection for him.”

Biden described Crozier as “a commanding officer who was faithful to both his national security mission and his duty to care for his sailors.”

Crozier had rightly focused attention on how to maintain military readiness during the pandemic, Biden said.

Sixteen Senate Democrats, led by Richard Blumenthal of Connecticut and Chris Van Hollen of Maryland, and independent Bernie Sanders of Vermont on Friday wrote to the Department of Defense's Office of Inspector General asking for an investigation.

"We are particularly alarmed by the stark reversal from the Navy regarding CAPT Crozier’s leadership during this crisis," the senators told the acting Pentagon Inspector General Glenn A. Fine. "One day before CAPT Crozier was relieved of command, the Acting Secretary of the Navy stated in reference to the Captain’s 30 March request for assistance that 'the fact that he wrote the letter to his chain of command to express his concerns would absolutely not result in any kind of retaliation.'"