"The most important thing Marylanders can do right now is to get vaccinated or get a booster shot." Here's what we know and don't know about omicron

A week after D.C. lifted its mask mandate, the identification of the omicron variant of COVID-19 in South Africa and among travelers in several countries has health officials on alert in the District, Maryland and Virginia.

The first known case of the omicron variant in the United States was announced Wednesday. President Joe Biden was set to announce on Thursday a winter plan to fight COVID-19 that includes an at-home testing and booster shot campaign.

Here's what we know about impacts in the D.C. area.

Director of the D.C. Department of Health Dr. LaQuandra Nesbitt said in a news conference Thursday that there have been no confirmed cases of the omicron variant in the city. D.C. will continue to require that all hospitals and private labs have at least 10% of their positive COVID tests sequenced, she said.

Nesbitt said that about 96% of current cases stem from the delta variant of the virus.

Although D.C. recently lifted its mask mandate, D.C. Health issued an advisory Thursday that the public wear masks indoors, regardless of vaccination status. The advisory is not a requirement, but masks are still required in health care facilities, at schools and on public transportation.

Maryland Gov. Larry Hogan said state officials also are closely monitoring information on the omicron variant. He urged residents to get vaccinated and get booster shots.

“While there is still much unknown about the Omicron variant and how it will spread, the most important thing Marylanders can do right now is to get vaccinated or get a booster shot,” he said in a statement. “It is the best way to maintain your immunity and protect yourself and your family from severe illness.”

Maryland is ramping up efforts to track and detect variants of COVID-19, Hogan said Wednesday, moments after the U.S. omicron case was announced.

In Montgomery County, where an indoor mask mandate is still in effect, Acting Health Officer Dr. James Bridgers said the county is not deviating now from preventative measures already in place.

A new variant, named B.1.1.529, was named a “variant of concern” by the World Health Organization and given the name “omicron” from the letter in the Greek alphabet.

“We are not looking at any rollbacks or any phased approaches. As we've seen, boosters and vaccinations are the key and paramount to mitigating and suppressing the transmission of this virus,” he said.

Virginia’s health department is monitoring viral samples of COVID-19 for any sign of the new variant, officials said in a statement Monday. Residents are encouraged to get vaccinated, get a booster shot and wear a mask.

“Once again, we see how unpredictable viruses can be. Viruses change and mutate all the time, and as we learn more about this new variant, we need to continue taking precautions to reduce infections,” State Health Commissioner Dr. Norm Oliver, M.D. said.

In remarks Monday, President Joe Biden called omiciron a cause for concern, not panic. He recommended vaccinations, boosters and wearing a mask in crowded indoor spaces. 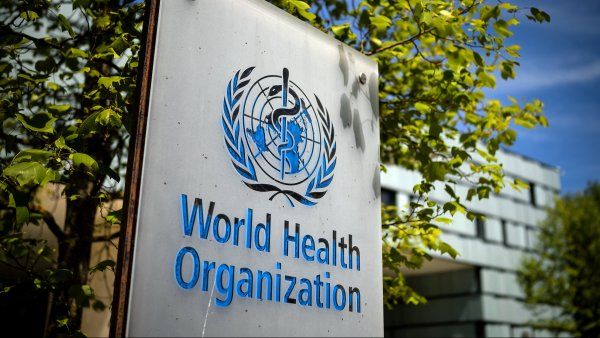 The omicron variant was first detected earlier this month in South Africa. The World Health Organization designated it as a “variant of concern” on Friday, naming it after a letter in the Greek alphabet.

The scientific community believes it will take about two weeks to answer three critical questions about the omicron variant: How transmissible is it? It is deadlier than the still-dominant delta variant? Are the COVID vaccines effective in fighting it?

Here’s what we know and don’t know yet about omicron.

What Do We Know About Omicron?

The variant was linked to an “exponential rise” of cases in the past few days in South Africa, Health Minister Joe Phaahla said.

From just over 200 new confirmed cases per day in recent weeks, South Africa saw the number of new daily cases rocket to more than 3,200 Saturday, with most in Gauteng, the country’s most populous province.

Struggling to explain the sudden rise in cases, scientists studied virus samples and discovered the new variant. Now, as many as 90% of the new cases in Gauteng are caused by it, according to Tulio de Oliveira, director of the KwaZulu-Natal Research Innovation and Sequencing Platform.

Why Are Scientists Worried About This New Variant?

After convening a group of experts to assess the data, the WHO said that “preliminary evidence suggests an increased risk of reinfection with this variant,” as compared to other variants.

That means people who contracted COVID-19 and recovered could be subject to catching it again.

The variant appears to have a high number of mutations — about 30 — in the coronavirus’ spike protein, which could affect how easily it spreads to people.

Sharon Peacock, who has led genetic sequencing of COVID-19 in Britain at the University of Cambridge, said the data so far suggest the new variant has mutations “consistent with enhanced transmissibility,” but said that “the significance of many of the mutations is still not known.”

Lawrence Young, a virologist at the University of Warwick, described omicron as “the most heavily mutated version of the virus we have seen,” including potentially worrying changes never before seen all in the same virus.

The CDC is urging people 50 and older to get a COVID booster vaccine after the FDA has given their approval for the use of booster doses of both the Moderna and Pfizer COVID-19 vaccines for everyone over 18. The Centers for Disease Control and Prevention’s director signed off on boosters for all adults late Friday.

What's Known and Not Known About The Variant?

Scientists know that omicron is genetically distinct from previous variants including the beta and delta variants, but do not know if these genetic changes make it any more transmissible or dangerous. So far, there is no indication the variant causes more severe disease.

It will likely take weeks to sort out if omicron is more infectious and if vaccines are still effective against it.

Peter Openshaw, a professor of experimental medicine at Imperial College London said it was “extremely unlikely” that current vaccines wouldn’t work, noting they are effective against numerous other variants.

Even though some of the genetic changes in omicron appear worrying, it’s still unclear if they will pose a public health threat. Some previous variants, like the beta variant, initially alarmed scientists but didn’t end up spreading very far.

“We don’t know if this new variant could get a toehold in regions where delta is,” said Peacock of the University of Cambridge. “The jury is out on how well this variant will do where there are other variants circulating.”

To date, delta is by far the most predominant form of COVID-19, accounting for more than 99% of sequences submitted to the world’s biggest public database.

How Did This New Variant Arise?

The coronavirus mutates as it spreads and many new variants, including those with worrying genetic changes, often just die out. Scientists monitor COVID-19 sequences for mutations that could make the disease more transmissible or deadly, but they cannot determine that simply by looking at the virus.

Peacock said the variant “may have evolved in someone who was infected but could then not clear the virus, giving the virus the chance to genetically evolve,” in a scenario similar to how experts think the alpha variant — which was first identified in England — also emerged, by mutating in an immune-compromised person.

Are the Travel Restrictions Being Imposed by Some Countries Justified?

Maybe. Israel is banning foreigners from entering the country and Morocco has stopped all incoming international air travel.

A number of other countries are restricting flights in from southern Africa.

Given the recent rapid rise in COVID-19 in South Africa, restricting travel from the region is “prudent” and would buy authorities more time, said Neil Ferguson, an infectious diseases expert at Imperial College London.

But the WHO noted that such restrictions are often limited in their effect and urged countries to keep borders open.

Jeffrey Barrett, director of COVID-19 Genetics at the Wellcome Sanger Institute, thought that the early detection of the new variant could mean restrictions taken now would have a bigger impact than when the delta variant first emerged.

“With delta, it took many, many weeks into India’s terrible wave before it became clear what was going on and delta had already seeded itself in many places in the world and it was too late to do anything about it,” he said. “We may be at an earlier point with this new variant so there may still be time to do something about it.”

South Africa’s government said the country was being treated unfairly because it has advanced genomic sequencing and could detect the variant quicker and asked other countries to reconsider the travel bans.

“With the omicron variant now detected in several regions of the world, putting in place travel bans that target Africa attacks global solidarity,” Moeti said. “COVID-19 constantly exploits our divisions. We will only get the better of the virus if we work together for solutions.”

We thought we could control the pandemic with about 70% of the country vaccinated. But with the Delta variant leading to case surges even in highly vaccinated countries, that changes the math. We may need 90% to take the COVID-19 vaccine to really wrangle with this variant, says Alabama epidemiologist Dr. Suzanne Judd.