Coronavirus Vaccine Trial Participants Report Day-Long Exhaustion, Fever and Headaches — But Say It's Worth It

The trials are still ongoing, so it remains to be seen how many participants who received the vaccine will report side effects

High fever, body aches, bad headaches and exhaustion are just some of the symptoms five participants in two of the leading coronavirus vaccine trials say they felt after receiving the shots.

In interviews, all five participants — three in Moderna’s study and two in Pfizer’s late-stage trials  — said they think the discomfort is worth it to protect themselves against the coronavirus. Four of them asked not to be identified, but CNBC reviewed documentation that verified their participation in the trials.

While the symptoms were uncomfortable, and at times intense, they often went away after a day, sometimes sooner, according to three participants in the Moderna trial and one in Pfizer’s as well as a person close to another participant in Moderna’s trial. 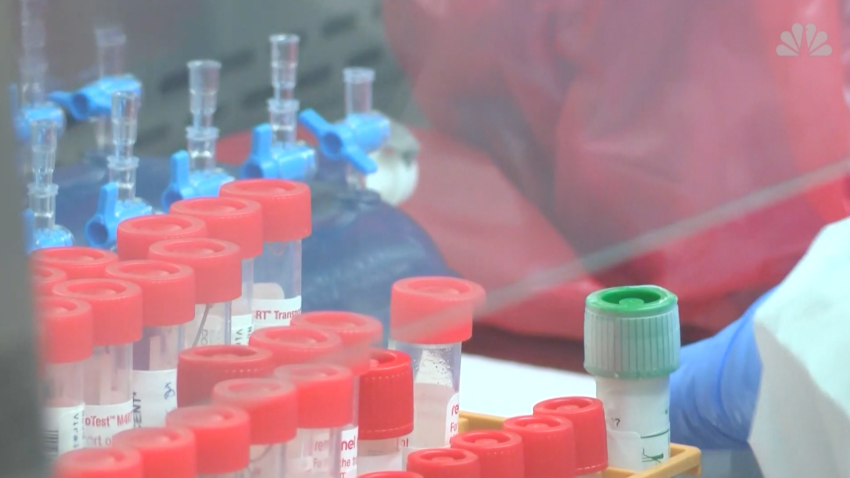 Who Should Be 1st In Line to Receive 1st COVID Vaccines? 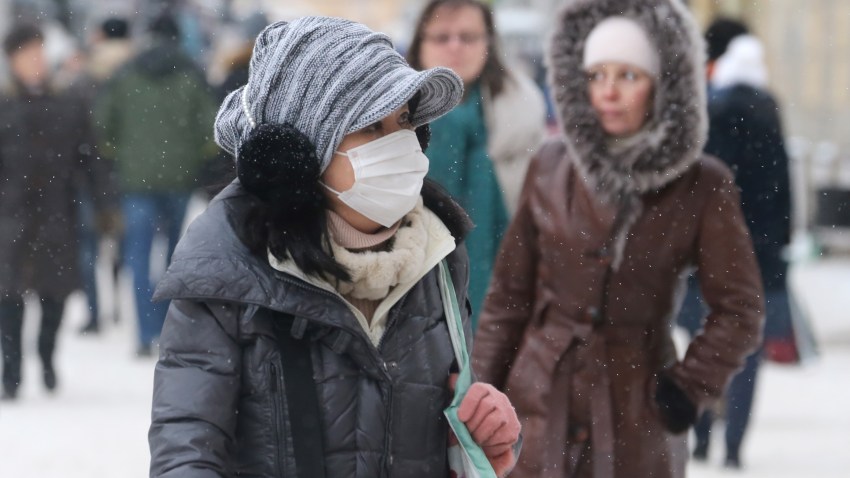 Is the U.S. About to Get Hit With a ‘Third Wave' of Coronavirus Cases This Winter?

The phase three trials are a critical last step needed to get the vaccines cleared for distribution. At least 41 COVID-19 vaccines are in human trials worldwide but only four U.S.-backed candidates are in phase three: Moderna, Pfizer, AstraZeneca and Johnson & Johnson. Health officials expect to have at least one safe and effective vaccine by the end of the year.

The trials, which each have tens of thousands of participants, are double-blind, meaning half of them are receiving saline or another placebo and patients don’t know what treatment they are receiving. While it’s possible some of the symptoms described could be attributed to an unrelated illness, Moderna and Pfizer previously said some participants in their phase one trials experienced mild COVID-19 symptoms. But Pfizer said it was in a minority of its cases. The trials are also still ongoing, so it remains to be seen how many participants who received the vaccine will report side effects.

Hutchison, a 44-year-old computational biologist in Utah, said he signed up for Moderna’s phase three trial because he’s healthy, physically fit and a big believer in vaccines. He specifically wanted to support Moderna’s effort, as he was intrigued by the company’s RNA-based approach. While still experimental, mRNA vaccines potentially offer faster development and production times, which could be a major benefit during a global pandemic that has led to more than 1 million fatalities.

“I had a high degree of confidence it would work and I wanted to contribute to the solution,” Hutchison said.

After getting the first shot on Aug. 18, he said he felt a little under the weather for several days with a low-grade fever. He got his second shot at a clinic on Sept. 15. Eight hours later, he said he was bed bound with a fever of over 101, shakes, chills, a pounding headache and shortness of breath. He said the pain in his arm, where he received the shot, felt like a “goose egg on my shoulder.” He hardly slept that night, recording that his temperature was higher than 100 degrees for five hours.

After 12 hours, Hutchison said he felt back to normal and his energy levels returned. Having signed a lengthy consent form, Hutchison was aware that he might experience symptoms. But he was still struck by the severity and duration, tweeting on Sept. 16 that he experienced “full on COVID-like symptoms.”

Two other participants in the Moderna trial, who asked to remain confidential because they feared backlash from the company, reported similar side effects. Likewise, one participant in the Pfizer trial said he experienced more severe symptoms than he expected.

Moderna and Pfizer have acknowledged that their vaccines could induce side effects that are similar to symptoms associated with mild COVID-19, such as muscle pain, chills and headache. As companies progressed through clinical trials, several vaccine makers abandoned their highest doses following reports of more severe reactions.

Infectious disease specialist Florian Krammer of New York’s Mount Sinai said on Twitter that the side effects reported in Moderna’s phase one trial are “unpleasant but not dangerous.” It remains to be seen whether kids and pregnant women will experience similar symptoms.

If approved, the COVID-19 vaccine would not be the first to cause short-term pain and discomfort in some recipients. “It’s a simple fact that some vaccines are more unpleasant to take than others,” Stat News’ Helen Branswell recently wrote.

One North Carolina woman in the Moderna study who is in her 50s said she didn’t experience a fever but suffered a bad migraine that left her drained for a day and unable to focus. She said she woke up the next day feeling better after taking Excedrin, but added that Moderna may need to tell people to take a day off after a second dose.

She said other people in the trial have joined a couple of private Facebook groups and have shared similar experiences. She said members of the groups also reported a fever and pain in the arm similar to getting a tetanus shot, adding “you’re not going to be lifting weights or working out.”

“If this proves to work, people are going to have to toughen up,” she said. “The first dose is no big deal. And then the second dose will definitely put you down for the day for sure. ... You will need to take a day off after the second dose.”

She said while uncomfortable, the apparent side effects are worth the risk of not getting COVID-19. “My hope is that this works but also that the communication [on side effects] is good,” she added.

A Maryland participant in his late 20s said he experienced nausea after the first shot, but it wasn’t until the second that he “really felt things.”

He said he woke up at 1 a.m. with chills and a 104 fever. He said the fever went down after he took Advil and Tylenol but it lasted until around 8 p.m. He said Moderna promptly responded, calling him within an hour after he reported his symptoms in the app.

“I wasn’t sure if I needed to go to the hospital or not because 104 is pretty high,” he said. “But other than that, it’s been fine.”

Pfizer’s phase one study showed “short-lived fever, mostly mild to moderate in severity, can be expected in a minority of recipients of BNT162b2 30mcg,” spokeswoman Jerica Pitts said.

“No safety signals have been identified in the study,” Pitts said in an email. “As discussed earlier, safety and tolerability of our vaccine candidate are continuously monitored by Pfizer qualified personnel and a DMC, an independent external data monitoring committee, which has access to unblinded data.”

A Moderna spokeswoman said the company does not comment on participants in ongoing clinical trials, but added that the safety committee “has recommended that the study continue as planned” at each review.

A spokesperson from the National Institute of Allergy and Infectious Diseases, which is helping to develop Moderna’s vaccine, declined to comment and referred CNBC to a press release and Q&A for information about how participant safety is being monitored. The NIAID is not involved with the Pfizer trial.

Hutchison said he’s concerned that the pharmaceutical manufacturers have not sufficiently informed the public about potential side effects. If the vaccines are approved, he fears, it might cause a widespread backlash if word spreads, which is why he decided to go public now. Polls show some 35% of Americans say they won’t get a coronavirus vaccine when it is available, because of misinformation or mistrust.

The White House has dubbed its project to bring a vaccine to market in record time as “Operation Warp Speed,” which has raised concern that drugmakers may take shortcuts to produce one quickly. President Donald Trump’s push to have a vaccine ready before the Nov. 3 election also isn’t helping to allay those fears. The pharmaceutical companies tried to tamp down those doubts by releasing a joint statement in September that pledged to “stand with science,” rather than politics, saying the clinical trials won’t sacrifice safety or the effectiveness of a vaccine.

Kolina Koltai, a vaccine researcher at the University of Washington at the Center for an Informed Public, said using “speed” to describe a national vaccine campaign can be counterproductive, even if the trials are robust.

“I’m hearing from people who say they want other people to test it (the vaccine) first,” she said. “There’s a lot of uncertainty.”

Another challenge with the vaccine is that young people, who don’t tend to get as sick as people over 40, may not think they are at high risk for severe health outcomes if they get the virus. If they hear about side effects via word of mouth, they may not deem the vaccine to be worth it.

The vaccine is “fairly unusual,” said Dr. Peter Bach, an epidemiologist and director of the Center for Health Policy and Outcomes at Memorial Sloan-Kettering, because the benefits to some young and healthy groups may be “secondary” in nature.

In order words, getting a coronavirus vaccine — like wearing a mask  — may be an act of service to help protect others. But public health officials can have difficulty getting some people to wear a mask, indicating that even more people may be reluctant to get the vaccine.

Hutchison is continuing to report his symptoms via an app, which serves as a form of a diary. He has returned to the clinic for follow-up visits on several occasions, including after he received the second dose.

Since tweeting about his experience, Hutchison said he has received pushback from people who felt that he shouldn’t have said he received the vaccine rather than the placebo. Given his symptoms, he said he thinks it’s highly unlikely he was part of the control group that received a saltwater solution.

A physician in Baltimore participating in the Pfizer study is due for his second dose on Saturday. While he said his symptoms were “very mild” for the first dose, he wouldn’t be surprised if others experienced symptoms more serious than a flu shot and said people should be prepared for that.

Another participant in Pfizer’s trial said he was up all night after the first shot from the pain of the injection. The booster injection he received caused more of that same pain in his arm, followed by intense flu-like symptoms that hit him around 1a.m. He couldn’t sleep that night without an electric blanket, and shook so hard that it became uncontrollable and he cracked part of his tooth from chattering them.

“It hurt to even just lay in my bed sheet,” he said, before he decided to see a doctor.

Despite all that, he remains pro-vaccine and said he is a big advocate for science. Had he known in advance, he would have recommended getting the shot on a Friday so he could rest on the weekend. He recognizes that getting the virus would likely still be far worse for many people.

“If it gets approved, I still think a lot of people should get the vaccine,” he said, “and I hope that all the side effects are made clear upfront.”