Big bank earnings are out and the results were positive enough to quell one concern about their valuations, CNBC's Jim Cramer said Thursday.

The stocks of large financial institutions like JPMorgan Chase and Wells Fargo have surged from last summer, far outgaining the market. 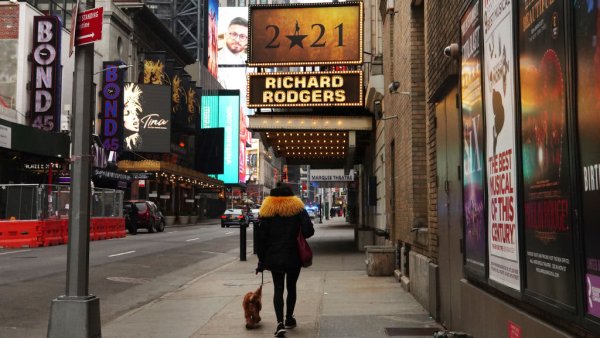 ‘Hamilton,' ‘Wicked' and ‘The Lion King' to Kick Off Broadway Reopening on Sept. 14 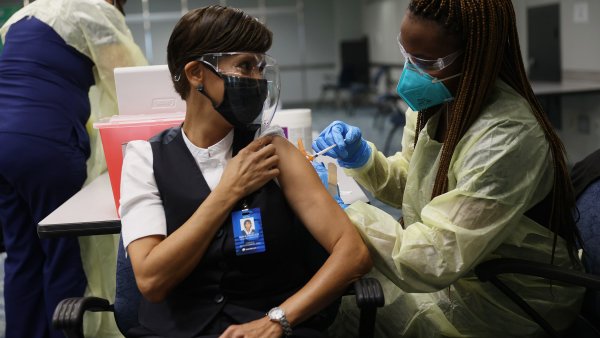 Average Daily U.S. Covid Cases Fall Below 40,000 for the First Time Since September

Cramer, himself an alum of Goldman Sachs' investment shop, said their quarterly numbers had to be strong enough to support their current valuations.

"We've got one less thing to worry about now that earnings season's gotten rolling. The banks are doing pretty darned good, even if their stocks don't necessarily reflect that fact," the "Mad Money" host said.

JP Morgan, Goldman and Wells Fargo all posted results on Wednesday, followed the next day by Citigroup and Bank of America. Despite each company showing top and bottom-line beats in the first quarter this year, their stock trades diverged in the wake of their reports.

After reviewing the reports, Cramer doubled down on his conviction that the banks are worth getting behind.

"I am still bullish on the financials, especially the investment banks like 'Goldman Slacks' and the turnaround plays like Wells Fargo," he said. "After these numbers, the banks have gotten dirt cheap. Believe me, they will not stay that way."

Below is a round-up of Cramer's reaction to earnings reports from the five financial giants:

"The numbers were so strong, I'm bringing back the old [nickname] … I'm calling them 'Golden Slacks,'" Cramer said. "If it traded at 10-times earnings, this would be a $413 stock … I'm betting that is where it's headed, especially now that Goldman's allowed to buy back stock."

"To me, this was the second-best report yesterday, although the market seemed to disagree as investors sold the news. But make no mistake, the numbers were fantastic," he said. "I think the pullback in JP Morgan stock is a buying opportunity, plain and simple, and clearly somebody agrees because the stock started rebounding today."

"Wells Fargo roared yesterday because this is viewed as more of a turnaround story than a banking story, which is why we actually own it for my charitable trust," Cramer said. "I keep telling you it's a better buy than JP Morgan because the expectations are much lower for Wells, and yesterday they absolutely cleared that low bar."

"Just like the banks that reported yesterday, Citi's got a lot of strength on the investment banking side, but traditional consumer banking was a lot less impressive," he said. "If I had to rank this quarter, you know what, I'd put it right below JP Morgan's."

"It got the worst reaction from the market. I'm going to say that the market's wrong. It tumbled nearly 3% today. I thought it was insulting," Cramer said. "There was nothing particularly surprising in the quarter itself. Do not despair. If we get a couple of rate hikes, this is the one to own, and we're going to get them eventually."