The first “Saturday Night Live” Cold Open of the new year took a dark spin on the Senate impeachment trial against President Donald Trump, featuring one of the stars of the president’s legal defense team and the devil herself.

“We all know this proceeding is a sham and a ho-ax,” Bennett’s McConnell starts. “Republicans are simply requesting a fair trial. No witnesses. No evidence.”

“Well the evidence against Trump is pretty damning, so I’m still on the fence,” Strong’s Collins says as she winks emphatically.

Dershowitz is then whisked away to hell where Satan (Kate McKinnon) literally welcomes him with open arms. 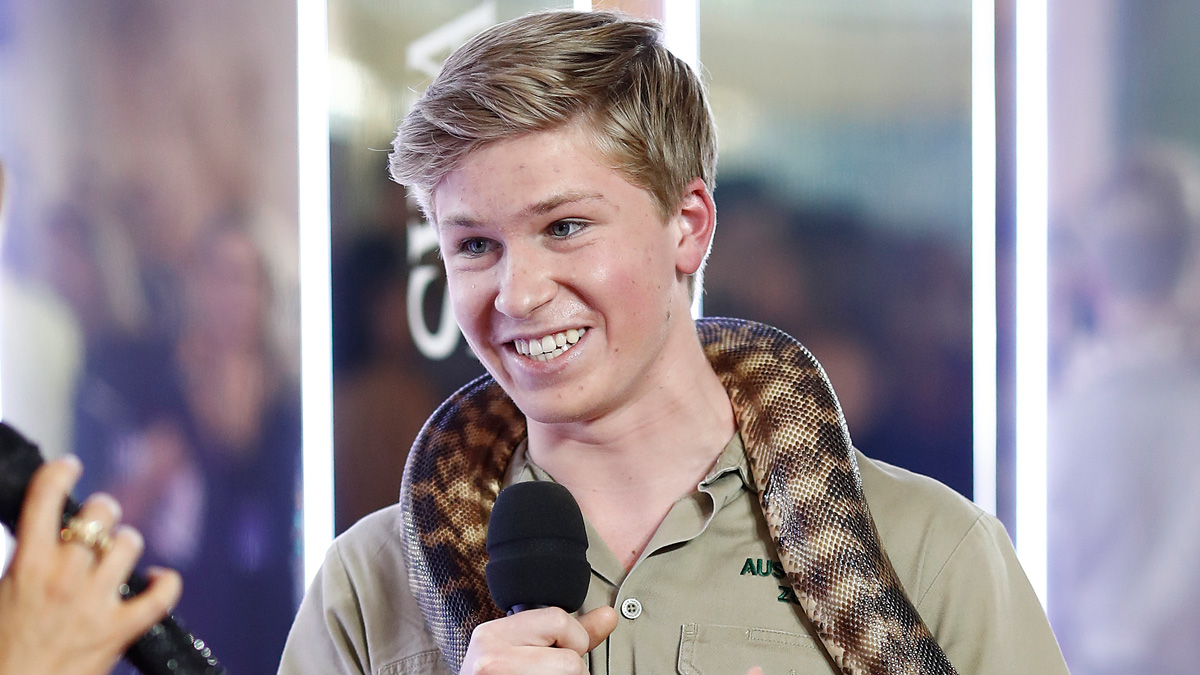 Robert Irwin Wrangles Snake From ‘Bad' Spot in the Middle of the Road, Moves it to Safer Habitat

McKinnon begins recording the encounter for her podcast — a media form she claims she invented. She pauses briefly to thank her sponsors, which include Adam and Eve’s adult toys and vaping.

“Is there anyone you wouldn’t represent?” McKinnon asks.

“As long as a client is famous enough to get me on TV, it’s all good,” Dershowitz responds.

“I made a deal with the devil so I can be on TV forever,” Flo says.

McConnell, who uses hell as a sauna, comes to return Dershowitz to the living world, a few more familiar faces give their regards to Dershowitz.

Mr. Peanuts, who was recently killed off by Planters in a Super Bowl ad, also appears, noting that he’s in hell because he “took out a lot of first graders with peanut allergies.”

And Mark Zuckerberg (Alex Moffat) also has a side job as the devil’s IT guy, although he says, “I don’t endorse evil, I just help millions of people share it.”

“Marriage Story” actor Adam Driver returned to host “SNL” and usher in the new year. Driver devoted his monologue to proving that unlike the characters he’s played, he’s a “chill guy

“I’m a little sad to say goodbye to 2019 because I’ve acted so much and so hard,” Driver said. “I was yelling, I was crying, I punched, I sang, all four emotions. And people assume I’m really like the characters I play.”

After cueing the band to play “chill music” — nitpicking just ever so slightly when the music isn’t the right kind of chill — Driver inhaled deeply, put his hands in his pocket and meandered around the set.

He also momentarily engaged with the audience by kicking a woman out of her seat to give a potential “Star Wars” fan a signed Kylo Ren action figure.

“If I find that on eBay I’ll kill you,” Driver told the man.

Near the end of the monologue, Drive admitted that his “chill” intentions may not have been so honest.

“I’m just trying to drag this out because there’s a sketch at the end of the show that I really don’t like, so I’m hoping this goes long and it’ll get cut, “ Drive said. “I play a woman in it and I can’t tell if it’s really transphobic or just really dated.”

The first “Weekend Update” segment of 2020 returned to the impeachment topic.

“The impeachment trial started this week and am I crazy or was Adam Schiff on my television for a hundred hours straight?” Colin Jost said. “Even when I turned the TV off there was still an outline of him burned into the screen.”

Co-host Michael Che honestly admitted that he “didn’t watch one minute of that trial.”

“It was like a four-day-long powerpoint,” Che said. “This is supposed to be Trump’s punishment, not mine.”

Che also said that Trump seems so confident that the Senate won’t impeach him that he’s using Epstein’s lawyer to defend him.

Che then commented on the reactions Democrats have to Trump’s wronging and that it doesn’t really seem like they want him out of office.

"You’re telling me the United States government can't figure how to remove a crazy dictator?" Che said. "We’ve been practicing all over the world for like a hundred years."

Cast member Melissa Villaseñor comments on the Oscar nominations by performing her original musical scores for some of the top movies, including “Joker,” “The Irishman” and “1917.”

She sings that the plots of all many of the top nominated movies can be summed up as “white male rage.”

For her first performance as this week’s musical guest, singer Halsey returned to the “SNL” with her song “You should be sad.” Halsey started the song off riding a mechanical bull into the sunset. As she continued singing on foot, black leather-clad cowgirls and cowboys circled around her.

For her final set, Halsey took out her guitar and crooned for “Finally // beautiful stranger.”